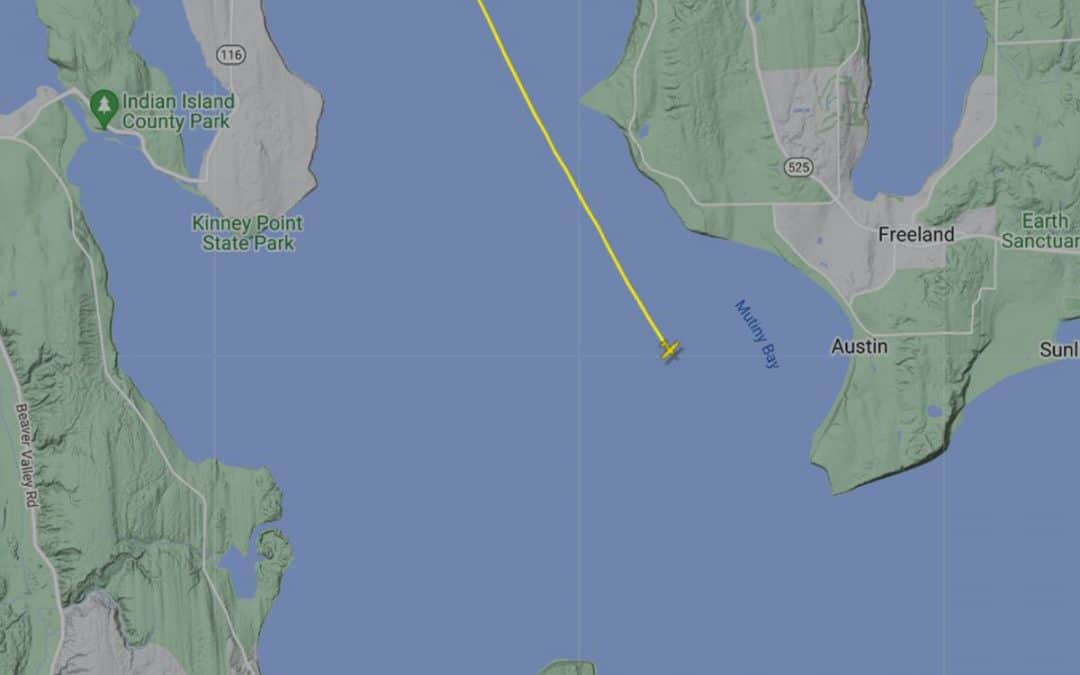 A floatplane crash in Mutiny Bay, north of Seattle, has left one person dead and 9 others missing, including a child, according to the U.S. Coast Guard.

The aircraft, N725TH, is registered to Northwest Seaplanes, a charter and sightseeing company located in Seattle.

According to a tweet from Flightradar24, the last ADS-B signal from the aircraft was received at 22:08 UTC and the aircraft was showing a descent of -7744 feet per minute. The altitude normally flown by Turbine Otters along this route is approximately 600 above the surface.

Granular ADS-B data indicates that last signal was received at 22:08:53 UTC time. At that point the aircraft was at 100 feet altitude and the vertical speed was -11712 fpm. pic.twitter.com/BQziWjB75B

The accident came at the end of a busy weekend for the aircraft. Flightaware.com shows the aircraft made several trips from Renton Municipal Airport (KRNT) south of Seattle to the San Juan Islands to the north.

The aircraft’s last takeoff was from Friday Harbor at 2:50 p.m. local time. Its last ADS-B report was 18 minutes later near Oak Harbor. The Coast Guard reports the aircraft went down near Whidbey Island, approximately 34 nm northwest of Seattle. The Turbine Otter was halfway to KRNT.

This is a developing story. FLYING will be updating it as information becomes available.