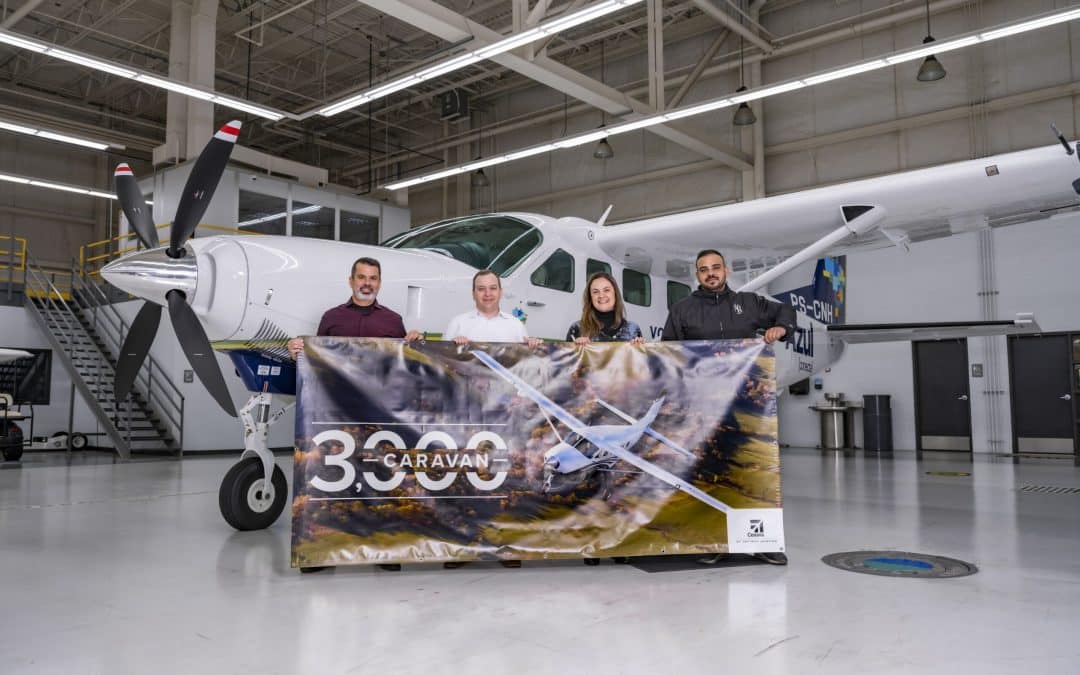 Textron Aviation delivered the 3,000th Cessna Caravan family turboprop last week during ceremony at its Independence, Kansas, location. The aircraft, a Cessna Grand Caravan EX, went to Azul Airlines subsidiary Azul Conecta. It will be based in São Paulo, Brazil, and used to carry passengers to and “from smaller cities and remote locations” throughout the country.

“The Cessna Caravan’s versatility and reliability have made it the most popular aircraft in the utility turboprop category, with now 3,000 delivered globally,” said Lannie O’Bannion, Textron Aviation senior vice president of sales and flight operations. “I’m thankful to customers like Azul Conecta who continuously rely on the Caravan family of aircraft to fulfill their missions, deliver solutions and improve lives around the world.”