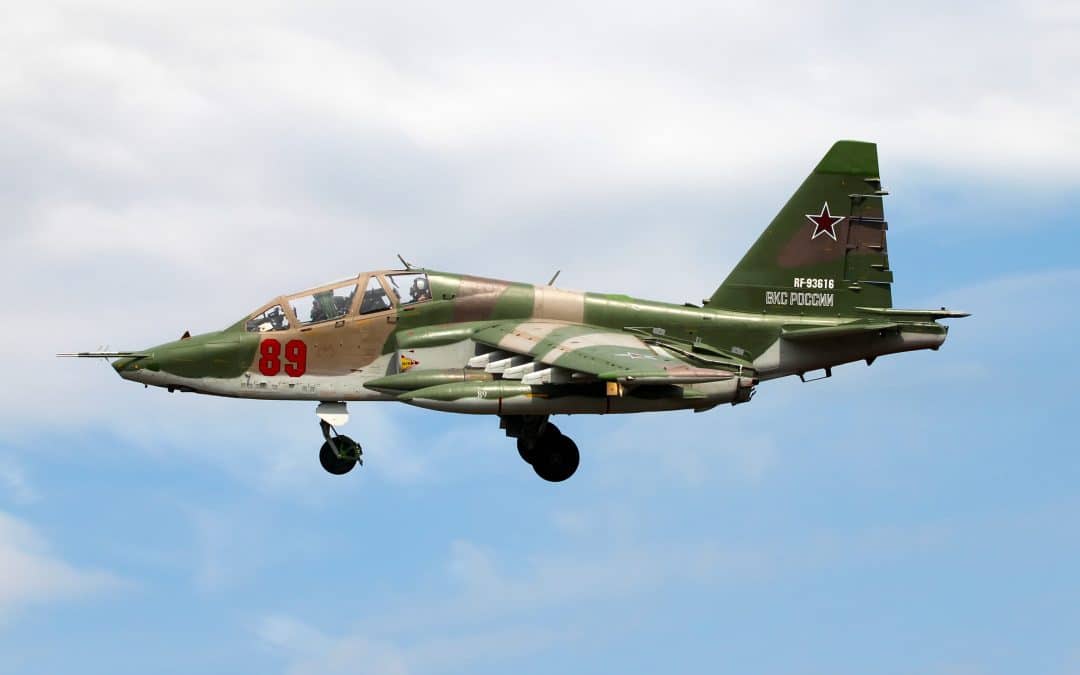 As the war in Ukraine enters its fourth week, the world continues to ask what can be done to stop the brutal onslaught against innocent civilians.

This week, Ukrainian President Volodymyr Zelensky made a direct appeal to members of Congress to help “close the sky over Ukraine,” including establishing a no-fly zone. Here’s what that request really means for the U.S. and other NATO countries.

In a public appeal to members of Congress on Wednesday, Zelensky framed his request for help protecting Ukraine’s sky in relatable terms that all Americans could easily understand.

“Remember Pearl Harbor, the terrible morning of December 7, 1941, when your sky was black from the planes attacking you,” Zelensky said. “Remember September 11, a terrible day in 2001 when evil tried to turn your cities, independent territories, into battlefields. When innocent people were attacked from the air.”

When it comes to NATO setting up a no-fly zone over Ukraine, Americans are largely united in support of the idea, according to a recent poll. Nearly three out of every four, or 74 percent, of Americans aligned with both Democrat and Republican parties said the U.S. and NATO should impose a no-fly zone, Reuters reported earlier this month.

Establishing a no-fly zone, however, is inherently all about enforcement. In this case, a no-fly zone declaration would require shooting down Russian aircraft and, almost certainly, ratchet up tensions between the U.S. and Russia, both nuclear powers.

One U.S. lawmaker summed up the equation. “There are a lot of pundits, journalists, and members of Congress using this term ‘no-fly zone’ except most Americans probably don’t know that declaring a no-fly zone is essentially tantamount to a declaration of war,” Rep. Alexandria Ocasio-Cortez said in a message on social media Thursday. “So if you’re not comfortable with the United States declaring war against Russia, you’re probably not comfortable with a no-fly zone.”

Threat of nuclear war aside, establishing a no-fly zone has the very real potential of spreading the conflict throughout Europe, increasing the amount of human suffering.

“But this can become even worse if NATO took actions that actually turned this into a full-fledged war between NATO and Russia.”

The Alliance has a responsibility to prevent the conflict from escalating further,” he said. “That would be even more dangerous. And would cause more suffering, death, and destruction.”

Russia’s bombardment of Ukraine has NATO forces on alert. According to Pentagon officials, Russia has fired more than 1,000 missiles into Ukraine, and some of the strikes are landing close to the borders of NATO countries.

Earlier in the week, there were at least two reports of Russian drones over NATO airspace, the Wall Street Journal reported.

As fighting creeps closer, hundreds of thousands of NATO forces remain on heightened alert, according to Alliance officials.

“When we see more military activities, when we see actual fighting going on close to NATO borders, there’s always a risk for incidents and accidents,” NATO’s Stoltenberg said. “And therefore we have to make every effort to prevent such incidents and accidents and if they happen, to make sure that they don’t spiral out of control and create really dangerous situations. And we are very closely monitoring the airspace and the border areas around NATO.”

When it comes to aiding Ukraine’s military, the most effective assets for securing the sky will likely be based on the ground, according to military officials. Despite having one of the largest aircraft inventories in the world, Russian air force fixed-wing combat aircraft have been noticeably absent from the Ukrainian battlefield.

NATO, however, is adamant its support won’t be from the deployment of Alliance air or ground capabilities in Ukraine. Still, NATO allies are attempting to help Ukraine “close its skies” through other means.

“[W]e are working with allies and partners to continue to provide security assistance to the Ukrainians on short range and tactical systems, as well as long range systems, to include long range air defense,” a senior Pentagon official told reporters Thursday.

The biggest asset, so far, has been the Ukrainian forces.

While Ukraine may not have a no-fly zone or a replenished supply of fighter jets, the U.S. and at least 30 other countries are supporting Ukraine with security assistance. Earlier this week, President Biden announced the U.S. would be sending the country $800 million in military assistance. The aid package increases the amount sent from the U.S. this week alone to more than $1 billion, the White House said.

“This could be a long and difficult battle,” Biden said, Defense One reported. “We are united in our abhorrence of Putin’s depraved onslaught, and we’re going to continue to have their backs as they fight for their freedom, their democracy, their very survival.”

The post 5 Things To Know About the Call for a No-Fly Zone in Ukraine appeared first on FLYING Magazine.