A Fellow New Airplane Owner Starts With an Unusual Choice 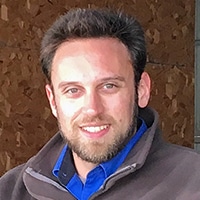 When shopping for their first airplane, most new private pilots tend to focus on predictable, safe types that are a known quantity and easy to own. Types like Cessna 150s, Piper Cherokees, and the like typically top the list of contenders. Types that were produced in great quantities, that any mechanic can easily maintain, for which replacement parts are cheap and plentiful.

Cameron Shepard had a decidedly different philosophy. When he was a poor 19-year-old aircraft maintenance student, he opted to become part owner of a 1978 SOCATA Rallye. Relatively common in Europe, the French airplane is a rare sight in the U.S., with about 60 examples appearing on the FAA registry. It features an enormous bubble canopy that envelops all four seats, side-by-side seating with control sticks, and automatically deploying leading-edge slats that enable great control at low airspeeds.

Cameron’s first and only experience with the type occurred a few years prior to his purchase, when he helped to pull a different Rallye out of a field. It had experienced a catastrophic engine failure, and the pilot was able to successfully put it down without injury. Given the circumstances, it perhaps wasn’t the ideal introduction to a new type.

Cameron was undeterred, however. He was a relatively new private pilot, but he was motivated to purchase his own airplane in which he could earn the rest of his ratings. When he began his airplane search in earnest, he typed “Rallye” into the search field of an aircraft classified site. Lo and behold, a single listing popped up, and he decided to investigate.

It proved to be a nice example of the type, in good condition with only 980 hours total time and no corrosion. It was equipped with the tried and true 150 hp Lycoming O-320, a very common engine that’s well-known and easily serviced. He had a thorough prepurchase inspection done and ended up entering a 50 percent partnership with a Learjet captain who lived nearby. He would ultimately purchase the other half to become sole owner, but the partnership made the entry to ownership much more palatable.

Quirky and rare as it was, it proved to be a fun airplane, and looking back, it made some otherwise routine and predictable experiences that much more enjoyable.

The first hurdle to owning such a rare type came in the form of insurance. Being so uncommon in the U.S., Cameron could only find two companies that would even insure it; the rest all considered it an “exotic” type and declined to provide policies at all. With only 100 hours total time and the rarity of the type, Cameron fully expected a stratospheric premium, but he was pleasantly surprised when he was quoted about $1,300 for his first year.

The Rallye served Cameron well. Over the next few years, he used it to earn his instrument, commercial, and CFI. Quirky and rare as it was, it proved to be a fun airplane, and looking back, it made some otherwise routine and predictable experiences that much more enjoyable.

The control sticks, for example, are somewhat unusual for instrument flying. While not unheard of, most types utilized for IFR instruction are equipped with yokes. But as it turns out, the floor-mounted control sticks open up a lot of valuable real estate on the instrument panel and help to provide a completely unobstructed view of the instruments.

Yokes are more common for IFR platforms, but the Rallye’s control sticks open up valuable real estate on the panel and provide an unobstructed view of all instruments. [Photo: Jason McDowell]

At first, the giant leading-edge slats made chandelles and lazy-8s challenging. Essentially secondary airfoils that deploy automatically above a certain angle of attack, they would catch Cameron off guard and would necessitate tricky adjustments to the deck angle as he flew the maneuvers. He initially found himself distracted by the automatic, uncommanded changes in configuration.

As he became more accustomed to the airplane, however, the slats proved to be his secret weapon. He learned that if they extended at the 90-degree point of a chandelle, he was flying it perfectly. And he learned that if he flew in a manner that kept them retracted throughout lazy-8s, those maneuvers would turn out great.

The slats make the Rallye handle beautifully at low speeds, so Cameron found short-field landings and spot landings far easier to perform than in other types. It was almost like cheating, he thought. Throughout his commercial and CFI training, he discovered that the Rallye’s rarity played in his favor; because examiners were entirely unfamiliar with the type, they couldn’t quite tell if you fudged a maneuver here or missed an airspeed there.

Cameron knew going into it that sourcing parts and maintaining such a rare type would be challenging. Sure, the engine was a common Lycoming, but other parts were likely to test both his budget and his patience. Aircraft Spruce may stock a bewildering amount of parts, but old SOCATA airframe components aren’t among them.

This became an issue when he noticed the slats deploying in a slightly asymmetric fashion. Some investigation revealed that the interconnect rod linking the two slats had bent. Finding a replacement wasn’t particularly difficult, but getting the 12-foot rod shipped from France to the U.S. was. The $700, three-pound part ended up costing $900 to ship.

Later, fortune smiled upon Cameron in the form of a letter from a fellow airplane owner. The guy had purchased a large inventory of Cessna 150 parts, only to discover that the purchase happened to include a huge assortment of Rallye parts. While the purchaser had no need for them, he recognized that Rallye owners would probably love to have them. He gathered the addresses of Rallye owners and offered the parts for sale to each of them.

Now a certified aircraft and powerplant technician, Cameron saw the value of the treasure trove. He offered to purchase the entire lot. This was appealing to the seller, and a few days later, Cameron found himself driving a U-Haul filled with French airplane parts back to his hangar.

Cameron has enjoyed his Rallye immensely. He concedes that owning a rare type comes with some correspondingly unique challenges, but it also makes for a rewarding and singular experience. When asked for advice he’d give to others, he offers a few pointers.

First and foremost, join the type club for whatever type you’re considering, and gather knowledge from other owners. He learned early on that the Rallye has fuselage skins that are spot-welded rather than riveted to the airframe. When he arranged for a prepurchase inspection on his own, he made a point to have every spot weld closely inspected since you can’t simply drill out and replace a rivet as needed.

He also recommends going into ownership with a strong motivation to learn as much as possible about the type. While a lack of ADs on a rare type might initially seem comforting, Cameron recognizes that this is likely a function of a lack of accident data; it could very well be the case that future issues are lurking, thus far undiscovered by the relatively small pool of owners. It is, therefore, that much more critical to find emerging issues and share them with the network of other owners so they can be proactively addressed.

When searching for parts or information about his airplane, he knows to search for every manufacturer that has, over the years, owned and produced the type. For example, his airplane was designed by Morane-Saulnier in the 1950s. It was later bought by SOCATA, and finally by Aérospatiale (Sud Aviation). PZL of Poland also produced its own versions of the Rallye, called the Koliber. Parts and information, therefore, might be listed under any or all of these names.

The Rallye’s huge bubble canopy provides a great view for all four passengers and can be partially opened in flight. [Photo: Jason McDowell]

Despite the complications inherent in owning a rare type, Cameron loves his machine. It’s got a four-place cabin that’s comfortable enough to utilize most of the 45 gallon fuel capacity. His full-fuel payload is about 450 pounds, enough for two people and some bags.

While it only cruises at about 110 mph with a climb prop fitted, he enjoys the short-field performance. During takeoff, he’s typically off the runway in about 500 feet. Stall speed is around 42 mph, and the slats keep it fully controllable even deep into a stall. Short field approaches are flown at about 60 mph, and he’s usually stopped in about 350 to 400 feet.

Overall, the hassles of owning and maintaining a rare type have proven to be nicely balanced by the fun and unique experience it provides. With good initial research, properly calibrated expectations, and a healthy dose of patience, Cameron has found that even the most unusual types can welcome new owners into the fold in a relatively pain-free manner.