A Legendary Movie Pilot Shares a Lifetime of Great Stories 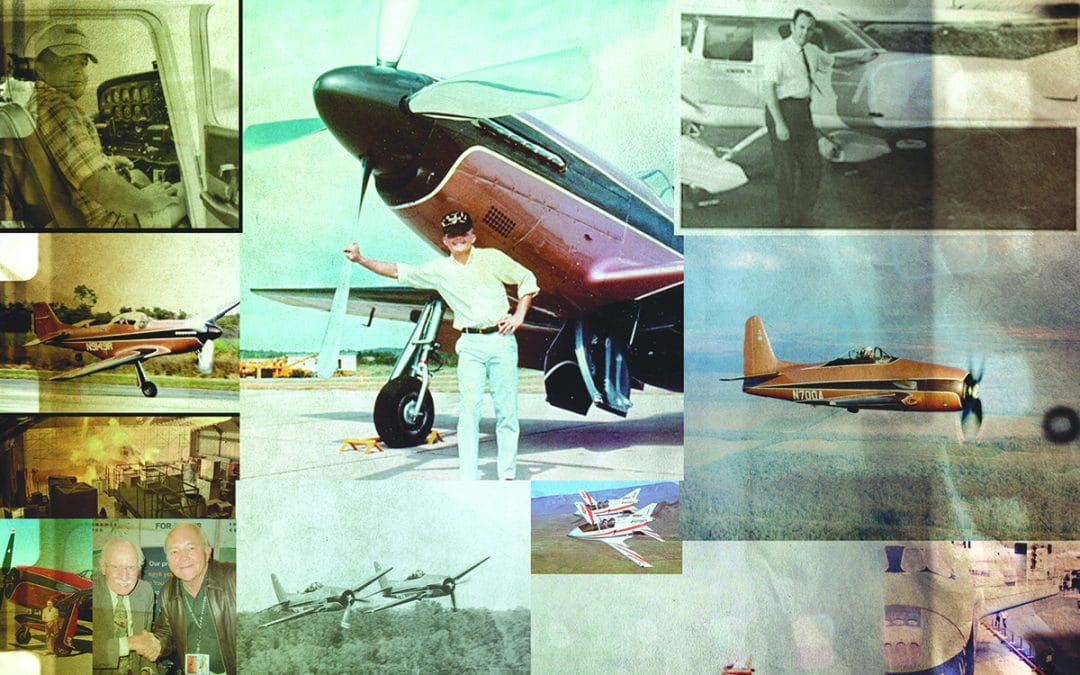 Movie pilot J.W. “Corkey” Fornof has flown thousands of hours performing aerial film stunts that probably looked crazy to the untrained eye. However, his impeccable record shows a career-long commitment to safety at all times. In movies such as Mission: Impossible II, Six Days Seven Nights, The Phantom, Face/Off, and James Bond thrillers Licence to Kill and Octopussy—plus many others—Fornof was involved in the on-screen aerial stunt flying, not only as the pilot, but also on the teams that coordinated every mission.

Fornof’s body of work could fill a book, and in fact, it will soon, as he is currently working on his biography, My Life Is a Movie, to be released at a later date. It will be a wild ride through a career that features just about every outrageous thing you could do with an airplane while the cameras were rolling…except fly right through a billboard. That stunt was planned, but cut for one of the Bond films, and—like everything Fornof has done—had it happened, it would have been spectacular. Here’s a look at the backstory of how Fornof has done so much and lived to tell the tale.

FLYING Magazine (FM): Your 17,000-plus hours not only include movie stunt work, but also a long career as an airshow pilot and test pilot. How many performances and different aircraft fill your logbooks?

A shot from the filming of Licence to Kill [Photo courtesy: Corkey Fornof]

FM: When your movie stunt flying involves dangerous maneuvers, who is in charge when planning the stunt, and who has the final say when it comes to safety?

CF: I work as an aerial coordinator/stunt pilot, which is a Screen Actors Guild (SAG) position to write, design, and fly the ‘money shot’ sequences. On set, I have total control over safety. If I, the director, or first assistant director (1st AD) sees an uncomfortable situation and makes a safety radio call of “CUT CUT CUT,” that stops everything and gets everyone’s attention.

FM: With so many moving parts to a stunt flying sequence, what measures are put in place to assure safety from start to finish?

CF: Posted on the call sheet is a notice that aircraft will be used on set, and everyone must attend a safety brief-ing before filming. The 1st AD will make it clear that before anything is done around or to aircraft, it must have my approval. For air-to-air filming, I always have a full safety briefing before filming sequences, and everyone on set knows I am the director during air-to-air shoots.

FM: What is one of the closest “close calls” you have had while filming a stunt sequence?

CF: We were using Kauai’s Nā Pali coast flying a Cessna 402 to shoot sequences by flying down the dramatic canyons towards the ocean. Coming over one saddle, I saw three swinging wires all about 2 inches in diameter. With the nose 45 degrees down, there was no way to go over them, and if I went under them, I would impact the ground, so I just tried to fly between the wires.

The aircraft that Fornof has flown could fill a museum—such as this F9F Panther his father flew in preparation to deploy to Korea. “It was a thrill to sit in a jet he flew,” Fornof said. “Holding the stick and throttle he actually used was a magic moment.” [Photo courtesy: Corkey Fornof]

FM: How does someone survive flying a Cessna 402 through three large power wires?

CF: The top wire came across the nose and windscreen and clipped off part of the vertical rudder. I felt pain in my left foot and looking down, I saw a long gash about 3 feet by 5 feet at the rudder pedals, where part of the wire was attached. At the time, I had no idea we were dragging about a 150-foot-long piece of the wire, which acted like a tailhook as we took out the main powerlines into Princeville. The airplane was still flying, so no emergency was declared. We landed safely at Lihue [PHLI]. I credit the training I had with saving all of our lives.

FM: What’s the best piece of training advice you ever received?

CF: The training from my father, Bill Fornof, and Bob Hoover was unbeatable. They were kings of the air-show business in the 1960s and 1970s. They told me to go watch a ballet because when you watch a ballerina on stage, you see they have total control over their hands and feet, and they demonstrate total control in energy management. They also have great situational awareness on stage. I learned to fly as they dance, in total control.

FM: So what’s the story about you and Bob Hoover’s sig-nature Panama hat?

CF: When I was 13 years old, I started flying in the back of Hoover’s Mustang to airshows, to clean his air-plane and my father’s Bearcat. I was getting sunburned cleaning the airplanes, and eventually started wearing a Panama hat. Hoover saw me wearing it at one of the Wright-Patterson Air Force Base shows and liked it, so he started wearing one too. So I was the person who introduced Hoover to that style of hat, which sort of became his trademark. He signed that original hat, and I still have it in my office.

FM: What was the biggest stunt you ever filmed?

CF: Flying a Jetstar II through a large hangar door in Face/Off. The shot had 26 cameras, more than any other shoot in film history. We had one take, so I watched my GPS for 60 knots, and then just turned 90 degrees and drove the Jetstar through the hangar doors while explosives were going in the hangar.

FM: Is flying these unbelievable stunts ever fun?

CF: It is all very hard work, but we do have our fun. During the filming of Phantom, I was Catherine Zeta-Jones’ stunt double for the biplane scenes. It was not an easy task—she’s beautiful. I wore a long wig and a leather helmet. That night at a cast party by the resort’s pool, as the crew was having some good-natured fun ribbing me, Catherine grabbed an open mike and said across the entire resort PA system that if she and I were in the same dress, wig, and make-up, you couldn’t tell us apart from a half-mile away! The pool area came apart with laughter.

FM: Who’s the one person living or dead you would most like to fly with?
CF: Gen. Jimmy Doolittle
FM: If you could fly any airplane or helicopter you have not yet flown, what would that be?
CF: Curtiss P-6E Hawk or Boeing P-26 Peashooter
FM: Describe the most remote airport you’ve ever used.
CF: Too many to name. If I needed a strip at a distant location, the film’s transportation department would cut and level one for me.
FM: What do you believe has been aviation’s biggest breakthrough event or innovation?
CF: Powerplants (jets, now electric) and a giant leap in avionics.
FM: What is one important lesson you learned in your training?
CF: That the airplane can fly better than I could.
FM: When not flying, I’d rather be…
CF: With my family or building scale-model airplanes.