A ‘Space Plane’ That Can Get You Anywhere on Earth in One Hour? Meet the Company Trying to Build It 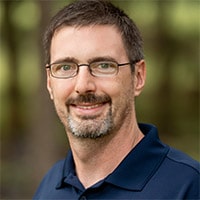 One of the challenges of the global marketplace is human logistics. If your work takes you to the other side of the world, it is not uncommon to spend more than 10 hours in transit and the better part of a day to adjust to jet lag. Wouldn’t it be wonderful if you could get there in an hour?

Duggleby has a background in aerospace as both an educator and as head of launch operations at Virgin Orbit in Long Beach, California. He’s also a lieutenant in the U.S. Naval reserves. In 2018, he was stationed in Japan and his wife, Sarah “Sassie” Duggleby, the other co-founder of the company, wanted to make a trip to Texas to participate in a family event. The logistics of making such a long flight for very little return—spending just a few days stateside—hit home with them.

“Sassie wanted to get back there, but it’s like a 13-hour flight, she’d be horribly jet lagged,” Duggleby explained. “It didn’t seem worth it unless you had several days to stay.”

This began a discussion about creating hypersonic transport. A specially designed aircraft takes off from a spaceport and heads toward the edge of space. When it gets to a predetermined altitude, rocket engines fire, propelling the aircraft hypersonically.

The History of Space Planes

The concept of a “space plane” goes back to the early days of the space program. In the 1950s and ’60s NASA developed the single-seat North American X-15 experimental rocket-driven aircraft. X-15 test pilots, including Scott Crossfield and Neil Armstrong, would launch in flight from the wing of a retrofitted B-52 bomber, blast to the edge of space and then land like an airplane on the relatively smooth surface of dry lake beds at and around Edwards AFB, California.

These flights provided critical information about how aircraft performed on the edge of the atmosphere, much of which was used in the development of the space shuttle, considered by many to be the first reusable space plane.

Science fiction has also embraced the concept of a space plane. In the opening sequence of Star Trek: Enterprise there is a shot of a space plane separating from what we assume is the International Space Station.

But there is a big difference between science fiction and reality and Venus Aerospace, today located in Houston, Texas is striving to bridge that gap. According to its website, the company is building a cadre of aerospace professionals with the goal of creating a reusable, cost-effective space plane.

According to Duggleby, the technology to make this possible involves three things:

“The development of this new rocket engine can reduce the time in flight, turning it into one hour for transport across the world could make it work.” Duggleby explained. “The engines are known in the industry as ‘rotation detonation engines,’ which means they burn the fuel supersonically.”

“It is the same amount of weight and fuel but more thrust. This represents a very large jump in technology.”

Duggleby was quick to provide the definition, because the word “detonation” has a negative connotation to not only the general aviation public but also those who are aviation-challenged. He noted that the technology for these engines and their use is “at the academic level of presentation demonstration” and there has been sufficient demonstration to show promise.

“All rockets right now burn fuel slowly and burn really hot to achieve incredible levels of thrust. This new engine produces a supersonic high pressure combustion wave,” he explained. “It is the same amount of weight and fuel but more thrust. This represents a very large jump in technology.”

According to Duggleby, the aircraft will be able to reach Mach 9 in cruise.

The Aircraft Design: The Waverider

The race to create a reusable space plane design has been since the 1950s. The first reusable hypersonic aircraft was the space shuttle, which used rockets to get into space, then gilded back to Earth.

One of the first challenges with such an aircraft is recognizing that because of the speed, multiple shockwaves form on the airframe—on the wings, nose and tail—which can be detrimental to aircraft control. To address this, hypersonic design known as the waverider was created. Although Venus Aerospace did not create the design, they are using the technology.

“The waverider is a design that results in only one shockwave,” Duggleby said. “The design shapes the shockwave so that it traps high pressure air below the vehicle creating more lift, less drag.”

This process is known as compression lift.

“The aircraft reaches Mach 9 and maintains that for five minutes, then the engines are shut off and the aircraft glides covering thousands of miles. You could get from San Francisco to Tokyo in an hour,” he said.

The last piece of the technology that makes the hypersonic aircraft viable is the development of leading edge cooling. Previous hypersonic aircraft designs relied on ceramic tiles to dissipate heat. It was not uncommon for the shuttle to be missing a few tiles after landing. These tiles had to be replaced before the shuttle could be used again.

But Venus’ design includes a metal nose for the aircraft, which allows the airframe to dissipate heat quickly.

“After landing, there can be a visual inspection and in theory the aircraft could make another flight the same day,” Duggleby said. “The fastest turn around for the space shuttle was nine months.”

From an engineering aspect, Duggleby says they have gone from “impossible” to “difficult” and now they are trying to determine the technical needs for the rest of the aircraft. They have determined that the passengers—up to 12 at a time—will not need to be wearing space suits aboard the aircraft.

“The space shuttle traveled at these altitudes and speeds for decades,” Duggleby said, adding that the recent launches into near space by Blue Origin featured what NASA terms as “non-optimal human beings,” which is a space-speak for someone who is not a trained astronaut.

“They handled the acceleration of the rocket fairly well,” Duggleby said. “Our aircraft will not accelerate that hard. At most, it will be about 3Gs, which is what you feel now when you are in an airline and they are accelerating down the runway. It will take approximately 10 minutes at Mach 8 to get to altitude. There won’t be a zero-G moment, more like a 10 percent reduction in the feeling of weight, and we will use barf bags like the airliners do. There will be a very gentle descent over the next 50 minutes.”

Duggleby notes that the aircraft will still be in the atmosphere so there will not be issues from radiation.

Some of the technology to solve particular problems will likely have to be invented, Duggleby said.

“We are figuring out ‘does the existing landing gear that we have right now work?’ or do we have to design something? Do we have a way for them to be self-sealing at altitude? Is there anything else that doesn’t exist that we have to invent?

“We are using regular airspace materials,” Duggleby said. One of the challenges they face is figuring out a way to seal off the inlet and outlet valves on the jet engines when they are at altitude and in a glide. We need to protect them from pressure and temperature changes. We also want stability for takeoff, landing and cruise.

He predicts there will be a lot of wind tunnel and drone testing in the next few years for proof of concept and development purposes.

It will not be inexpensive to create, he adds, noting that the company raised $20 million to get underway and more funds will be needed to keep the project going.

“I would not expect a full-scale design until 2025, and it will be close to 2030 before we are doing test flights—that depends on how interested the investor and Department of Defense are.”

Duggleby could not estimate what the ticket price will be for travelers, as that is something that would be set by the airlines.

Airports that wish to host these hypersonic flights will have to apply to the FAA to be spaceports. Duggleby stresses that the aircraft will not take off with the rocket engines—more likely the aircraft will get away from populated areas both vertically and laterally before the engines are activated.

“The aircraft launches in the conventional sense, gets to a specified altitude, then engages the rocket engines,” Duggleby said. “The aircraft can achieve Mach 9.”

When reaching another specific altitude, high up on the edge of space, the engines are shut off and the aircraft glides, until time to reactivate the engines for landing.

“The aircraft lifts off and lands at conventional speeds. If a 747 can take off and land, so can we. Which means we would adhere to local speed and sound ordinances,” he says.

Pilots for the new design could be culled from the present professional pilot pollution.

“It will likely be a new type rating,” he says. “We will work with the FAA to decide what is the right amount of training.”

While Venus Aerospace is aiming to create place-to-place transport,  Scaled Composites and Mojave Aerospace Ventures pushed the envelope on space planes when it developed SpaceShipOne and SpaceShipTwo for Virgin Galactic’s space tourism programs.

In addition, China-based Space Transportation (Lingkong Tianxing) has posted futuristic animation on its website showing a suborbital tourist aircraft with 12 seats that would launch vertically as a rocket with the help of a pair of huge boosters.

After reaching the edge of space at nearly 4,500 mph (3,910 knots), the concept aircraft would then descend to its destination like an airplane and land horizontally on a runway. Its website says the first test flight would take place in 2025.

The post A ‘Space Plane’ That Can Get You Anywhere on Earth in One Hour? Meet the Company Trying to Build It appeared first on FLYING Magazine.