A Stunning Coincidence Leads to a Fix for the ‘Colossal Mistake’ 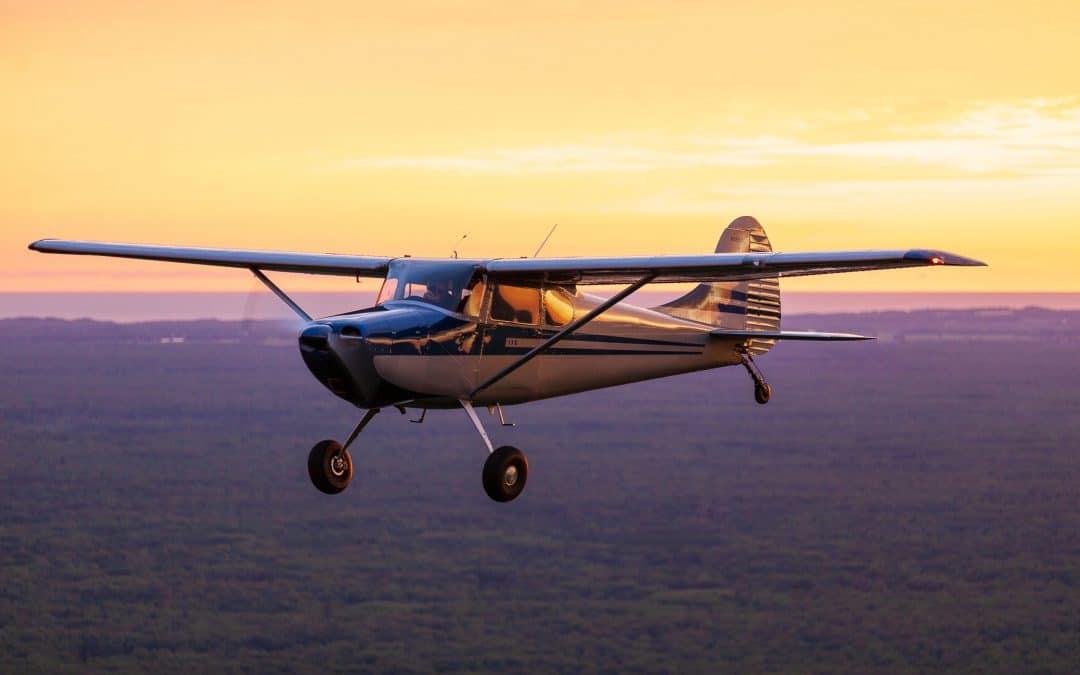 Editor’s note: This is part three of an ongoing series about the author’s ‘colossal mistake.’ You can read part one here and part two here.

My friend Jared bought his Cessna 170 about a year before I found mine. He purchased a truly exquisite example that he located in Missouri and now keeps in Spokane, Washington. With museum-quality paint and interior, the airplane was legitimately indistinguishable from the day it rolled out of the factory.

I first saw it while we were visiting a couple of mutual friends in Michigan. We all flew formation together to shoot some photos for an article I was working on about the 170. Jared let me fly his new pride and joy for a bit, and I was smitten. Though I was happy for my friend and his achievement in becoming the owner of such a beautiful machine, I also hated him for it.

Not really. He was a great friend, always there for you and happy to bend over backward to help you out. But in the friendly arms race that is airplane ownership among friends, he had beaten me handily. For that, he was a rat bastard, and looking over his perfect 170, I simultaneously loved and hated the guy.

I had, after all, been planning to buy a Cessna 140. After years of saving, I had finally accumulated enough funds to make it happen. But flying Jared’s 170 spoiled me. It motivated me to delay my airplane purchase, save more money, and find one of my own.

Fast forward one year, and while I had made up significant ground in our arms race by finding and purchasing a 170 of my own, a stupid oversight in the form of a forgotten cowl plug had interrupted my first lesson in it and had generated sickeningly high cylinder head temperatures. A subsequent inspection revealed that the engine had, in fact, incurred damage in the form of cracked cylinders. I had finally gotten my very own airplane, and I subsequently turned it into my very own 1,300-pound paperweight, complete with a five-figure repair bill on the horizon.

With nothing on my Sunday schedule except potato chips and self-loathing, I called Dan.

I was sitting at home, reflecting on my bleak situation and on my similarly bleak bank account that was still stricken from the purchase of the airplane itself when my instructor called. “Remember that guy Dan who drove out to check on us after our precautionary landing?” he asked. I said I did, remembering how thoughtful and friendly Dan had been. “You should give him a call—he used to own a 170 of his own, and I think he might still have a spare engine in a crate he’s not using.”

With nothing on my Sunday schedule except potato chips and self-loathing, I called Dan. He was every bit as friendly as the day of the engine incident. He confirmed that he did, in fact, still have a spare engine in a crate. It wasn’t new or freshly-overhauled—and it hadn’t been run in many years—but it had been properly preserved, and I was welcome to come check it out.

A few days later, I did just that. Dan owned a hangar at a beautiful private grass strip, where he and his wife kept their Ercoupe and Cessna 182. He showed me the engine, and it was as described—a used Continental C-145, identical to my own engine and properly pickled in a big wooden crate.

I explained my situation to Dan, that my engine itself was fine, and that I really only needed three, or ideally six new cylinders. I told him that if I could even afford to buy his engine, I’d only be buying it for the cylinders and would probably have to turn around and sell the core to replenish my bank account. He replied that I was in luck, because all six cylinders on his engine were brand new and had never even been run. Puzzled, I asked for the story.

Dan explained that he used to own a beautiful, fully restored Cessna 170B. He acquired this older spare engine with the intent of eventually having it fully overhauled and using it for that airplane. About eight years ago, he bought six brand new cylinders, installed them onto the spare engine, and then pickled it for future use. But he ended up selling the 170 to a guy in Missouri about five years ago, before he was able to have the engine overhauled.

“Wait—did you say Missouri?” I asked.

“What was the tail number?”

He told me, and I could hardly believe it. “Hang on” I said, as I grabbed my phone. I opened up my photo album and scrolled to an air-to-air photo of me flying Jared’s 170. “Is this your airplane?”

If ever there was a time to run out and purchase a lottery ticket, this was the time.

“Michigan!” I replied. I explained that just last year, my friend Jared bought it from the guy in Missouri. I told him how Jared keeps it hangared in Spokane, Washington, and how it happens to be prominently featured in the current issue of FLYING Magazine.

We had to pause to digest this bizarre series of events.

If ever there was a time to run out and purchase a lottery ticket, this was the time.

The carefully-restored instrument panel in the 170 that used to belong to a new friend and now belongs to an old one. [Photo: Adam Stiffler]

We spent some time sharing good laughs about the incredible synchronicity that had brought me to him, literally out of the blue. A glance at his hangar from afar would suggest it had plenty of empty space inside…but after approaching it and getting within earshot, it would become evident the hangar was filled to the rafters with flying stories and spirited reminiscing.

Dusk approached, and with it came the usual evening responsibilities of non-flying life that so often pull us away from the airport. I never asked Dan what his price would be for the engine; somehow, it felt as though bringing money into our bizarrely unique series of events would cheapen it. As I made my way to my car, I mentioned that I’d have to see what I could put together for an offer. He gave me a smile and assured me that we’d figure out a way to get my 170 back into the air.

The next day, I opened up my airplane budget spreadsheet. There, still reeling from the purchase of my airplane, was the “available funds” cell. It was a pitiful sight, containing a figure that was in no way sufficient for the purchase of an engine, even an old one in need of an overhaul. I gave Dan a call to relay the unfortunate news.

Discussing money always makes me uncomfortable, and this was no exception. I was hesitant to even make Dan an offer, for fear of insulting him with a pitifully low figure. I finally asked the question—how much he’d need for his engine. He replied with a number that was only $500 higher than the amount I had in my airplane account.

Floored, I happily accepted the offer, explaining that I’d just need a bit more time to get the extra $500 together. Dan instantly adjusted his figure to match my available funds and preemptively shot down my objections before I could even relay them.

I thanked him profusely. I explained that he was helping to make my longtime dream come true, and I promised to someday pay it forward. Though I didn’t know it at the time, I would soon do exactly that, rescuing another new 170 owner who had suffered a similarly unfortunate series of engine events.

As soon as we ended the call, I logged onto the website of a local camera shop that has a photo lab and provides print services. Having surreptitiously noted one of Dan’s tail numbers during my visit to his hangar, I was able to look up his mailing address on the FAA database. I uploaded a few shots of his former pride and joy from the Michigan photo shoot and had a few 8×10 prints mailed to him as thanks.

With replacement cylinders now obtained, the most painful part of my repair process had been completed…but a series of logistical challenges was now surfacing. My crippled airplane was stranded at a rural airport that was an hour away from any independent mechanic. As I had already proven during my second lesson, the airplane seemed to fly just fine with cracked cylinders…but doing so would be unwise and potentially illegal.

Hoping my paranormally fortuitous series of events might hold out for another week or so, I put my thinking cap back on and started making some calls.

The post A Stunning Coincidence Leads to a Fix for the ‘Colossal Mistake’ appeared first on FLYING Magazine.