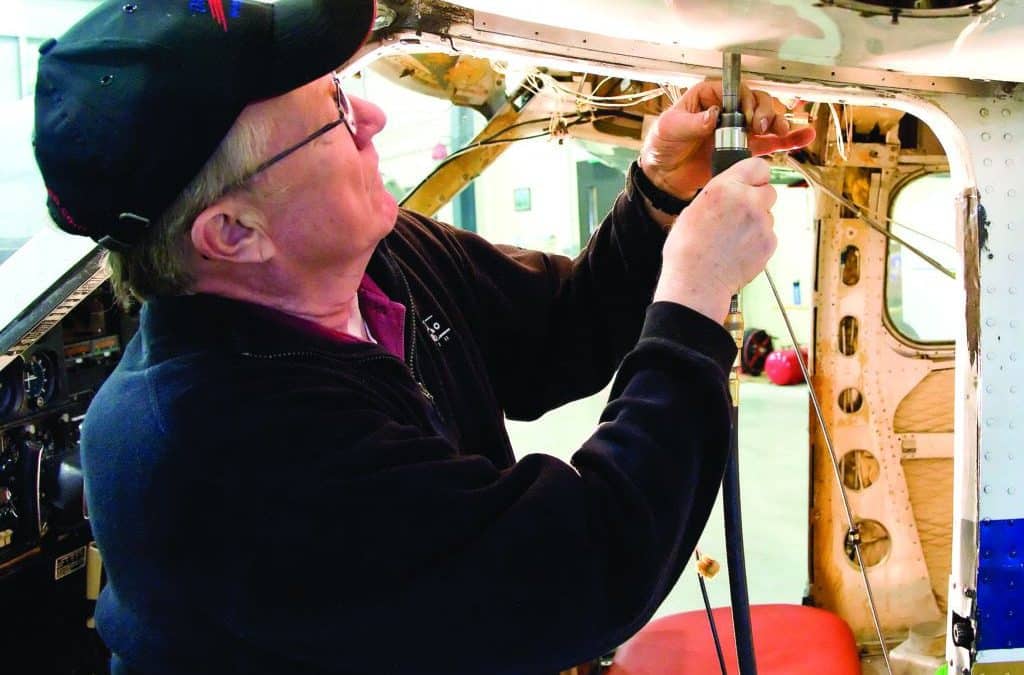 A typical pilot is concerned with aircraft maintenance only to a limited degree. He or she often lacks any ability to perform or approve maintenance at the same time they’re responsible for pre-flight inspections and ensuring the paperwork demonstrates airworthiness. And although the FARs make the owner/operator responsible for ensuring inspections and maintenance have been conducted, many pilots have no choice but to place a measure of faith in the technicians doing the work.

That’s especially true as complexity and capability of the aircraft increase. A pilot may not even know the details of what work is performed, or the sort of questions to ask of a maintenance shop. When the only feedback is something like a logbook entry stating “inspection completed in accordance with” a manufacturer’s guidance, the pilot/owner has to trust the information is correct and that no corners were cut. We’re also relying on the maintainer’s understanding of that guidance. And therein lies a huge opportunity for important things to get overlooked, as we see in this month’s Accident Probe.

On June 10, 2020, at about 1631 Central time, a Piper PA-32RT-300T Turbo Lance II was destroyed when it struck terrain near Selma, Alabama, after the pilot reported engine failure and an in-flight fire. The commercial pilot and pilot-rated passenger were fatally injured. Visual conditions prevailed; the flight operated on an IFR flight plan. The Piper departed Jasper, Alabama, at 1543 with Pensacola, Florida, as its destination.

Forty minutes into the flight, with the airplane cruising at 15,000 feet MSL, the pilot reported an engine “fluctuation” to ATC and diverted to Selma, Alabama. The pilot soon indicated the propeller was turning, but the engine was not producing power. Shortly after, the pilot stated there was a “fire as well.” As the airplane reached a point about three miles from the divert airport and about 3100 feet MSL, radar and voice communication were lost.

The airplane impacted an open area, creating an impact crater about 4.5 feet deep, and a debris field about 225 feet long by 120 feet wide, oriented on a 125-degree heading. Although the airframe was heavily fragmented, all components of the airplane were located at the accident site.

Both wings were separated, their fuel tanks destroyed. The vertical stabilizer was impact-damaged but remained attached. The engine was separated from the airframe and located in the impact crater. Examination revealed a hole in the top of the engine case in the vicinity of the #6 cylinder. With exception of internal corrosion on one of them, cylinders #1 through #4 were unremarkable. The pistons could not be removed from cylinders #5 and #6. The fuel pump and fuel servo were disassembled with no anomalies noted. The fuel screen was free of debris.

Three months before the accident, a work order indicated the “oil temp[erature] probe is not reading correctly.” The mechanic changed the oil temperature probe and oil lines. When asked if the oil suction screen was cleaned during the most recent annual inspection, the mechanic stated the “oil cooler was cleaned…flushed, and reinstalled on the aircraft.”

The most recent documented cleaning of the oil suction screen was in July 2009. According to the NTSB, the engine operating manual stated, “at each fifty hours inspection, remove, inspect for metal particles, clean and reinstall.” The manual also noted, “On installations employing external oil filters,” the step involving inspecting the oil suction screen “should be observed at the 100-hour inspection.”

The NTSB determined the probable cause(s) of this accident to include: “The mechanic’s failure to clean the oil suction screen during the most recent maintenance, which resulted in oil starvation and subsequent total loss of engine power.” In its analysis, the NTSB said, “Given the significant amount of nonmetallic debris, it likely accumulated over time and resulted in the engine being starved of oil. When the engine subsequently lost total power, the crankcase was penetrated, which is likely the origin of the in-flight fire.”

Given the extent of the engine’s internal damage, it clearly experienced lubrication problems. A lot of this was telegraphed over the preceding months with a succession of oil system-related discrepancies. But it’s not clear the owner/operator knew the oil suction screen hadn’t been cleaned in almost 13 years (or that the mechanic even knew it existed).

Without becoming totally immersed in requirements like this, it’s almost impossible for the typical pilot to ensure his or her mechanic is performing them correctly, or at all. And that’s a problem.

According to the FAA, “many pilots and owners are unaware of their airworthiness responsibilities. They think that airworthiness issues are the mechanic’s problem. They also often think that all mechanics are created equal.” The agency’s FAASTeam tells us, “Even though maintenance and inspection of an aircraft is your responsibility, it’s also a team effort between you and your mechanic…. Be proactive in your approach to maintenance.”

Among the considerations the FAASTeam recommends are:

Ensuring your maintainers have adequate training for your aircraft type and equipment, including the right skills to properly inspect, repair and/or maintain it.Minimum standards are just that: minimal. They include having the current manual for your make and model of aircraft.

This article originally appeared in the June 2022 issue of Aviation Safety magazine.