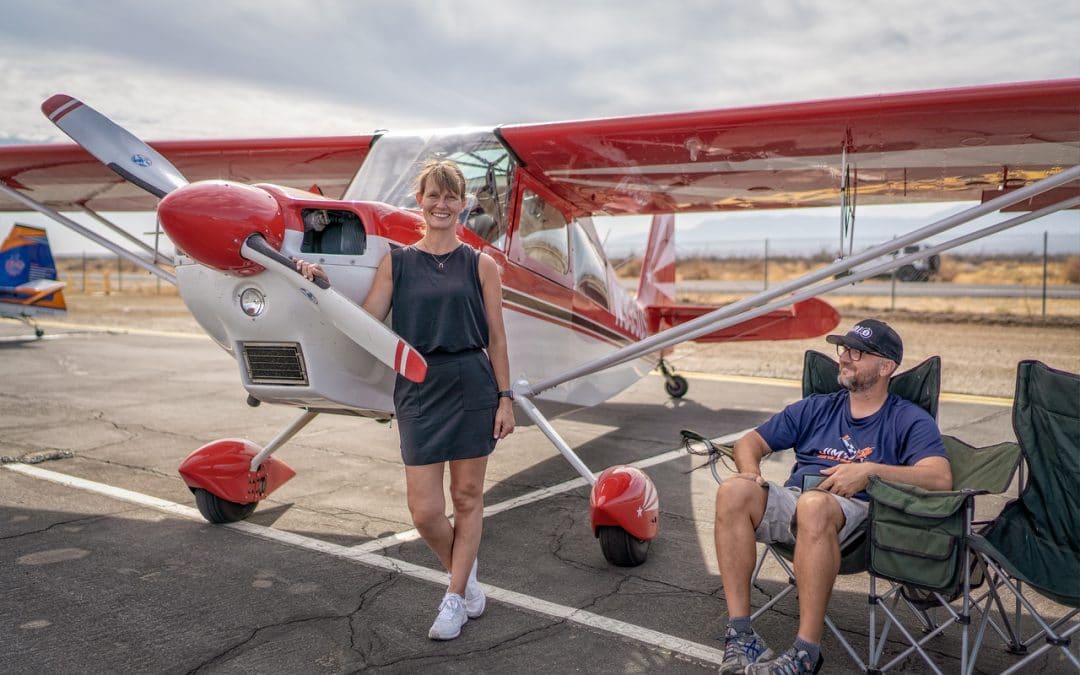 The National Transportation Safety Board and the FAA are investigating the accident that took the life of aerobatic pilot competitor Marianne Fox on Wednesday.

“Adventurous, charming, intelligent and caring, Marianne inspired those around her.”

According to FlightAware, the pair were flying as a formation flight of two, departing from Keystone Heights at about 4 p.m. The flight would cover a straight-line distance of approximately 38 nm.

When the aircraft were about seven miles west of St. Augustine, Bourke contacted air traffic control to report that Fox’s aircraft had developed engine trouble and was trailing smoke.

According to LiveATC.com, Fox declared an emergency moments later.

Bourke tried to help Fox during the approach, advising her to put the aircraft into a slip because she was coming in too fast during the straight-in approach to KSGJ. Fox’s aircraft went off the end of the runway, coming to rest upside down in a swamp.

Fox was pulled from the wreckage alive but succumbed to her injuries a few hours later at a local hospital.

Fox was from the Pacific Northwest. She lived in Corvallis, Oregon, where she owned a successful clothing store called ReStyle Resale. She joined the International Aerobatic Club in 2019 shortly after earning her private pilot certificate. She started competing in aerobatics in 2020. In 2021, she placed first in a Northwest Regional Series competition.

According to a tribute posted on the IAC website, Fox volunteered at various events, including serving  as the contest director for the 2021 Corvallis Corkscrew aerobatics competition.

“Adventurous, charming, intelligent and caring, Marianne inspired those around her,” the tribute said. “Her enthusiasm for aviation and aerobatics was infectious. She delighted in the close company of her innumerable friends and her amazing family.”

According to the club, arrangements are being made for a funeral near her childhood home in Oregon.