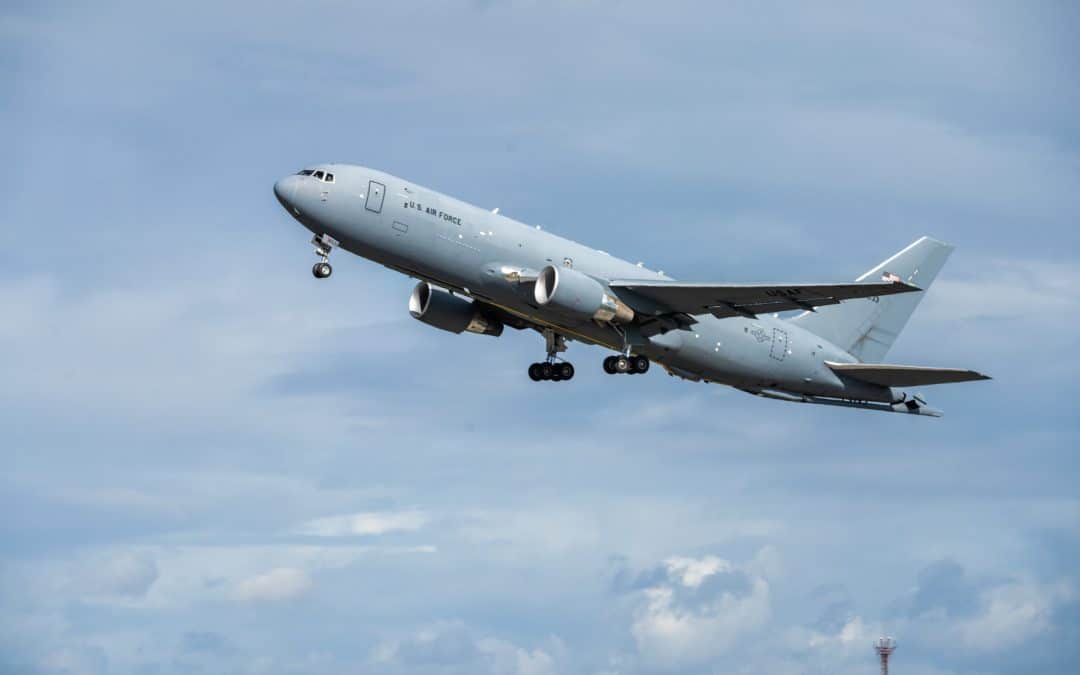 The U.S. Air Force recently conducted a refueling mission in a KC-46A Pegasus with only a pilot and boom operator—and without a co-pilot—in a test the service said validates operational procedures in certain high-end combat scenarios.

The October 25 flight of two KC-46 sorties flown without a copilot occurred inside military test airspace. The first sortie flew the pattern, while the second completed a refueling mission, including an aerial refueling rendezvous, as well as an air refueling on-load and offload, the Air Force said.

“There’s a real operational need for it,” Air Mobility Command boss Gen. Mike Minihan said recently, according to Air and Space Forces Magazine. “In order to generate the tempo required to win, it’s not hard to imagine a pilot and a boom on the bunk sleeping with a pilot and a boom in seats, getting the mission done. And I’d rather test that out now than try to figure it out when the shooting is going on.”

The concept of flying with a reduced crew aims to allow for KC-46 operations when aircraft need to rapidly launch due to inbound threats, or to extend long-range operations with offset crews, the service said.

“In wartime, airfields are static targets, as are any aircraft on the airfield when an attack is inbound,” Col. Nate Vogel, 22nd Air Refueling Wing commander, said in a statement. “But once airborne, the aircraft is a mobile platform capable of maneuver [sic] and continuing to provide mission capability for the combatant commander.”

In an era of widespread pilot shortages, the tanker test flight is the latest bid by defense officials to explore aircraft operations with limited crewmembers or by leveraging new technology to ensure future operational readiness.

In August, the Air Force announced a new partnership with Boston-based Merlin Labs to explore flying a Lockheed Martin (NYSE: LMT) C-130J Hercules with only one pilot. Under the collaboration, Merlin Labs would retrofit a C-130 with software and technology that will slim down the number of onboard crew, from two pilots to one.

Earlier this year, a Sikorsky UH-60A Black Hawk conducted a 30-minute flight over Fort Campbell, Kentucky, with no pilot or crew on board as part of a flight test for the Defense Advanced Research Projects Agency’s (DARPA) Aircrew Labor In-Cockpit Automation System (ALIAS) program. During the flight test, the Black Hawk flew through a simulated city, while avoiding imagined buildings and re-planning its route in real time. It also executed a series of pedal turns, maneuvers, and straightaways, before completing a perfect landing, all autonomously.