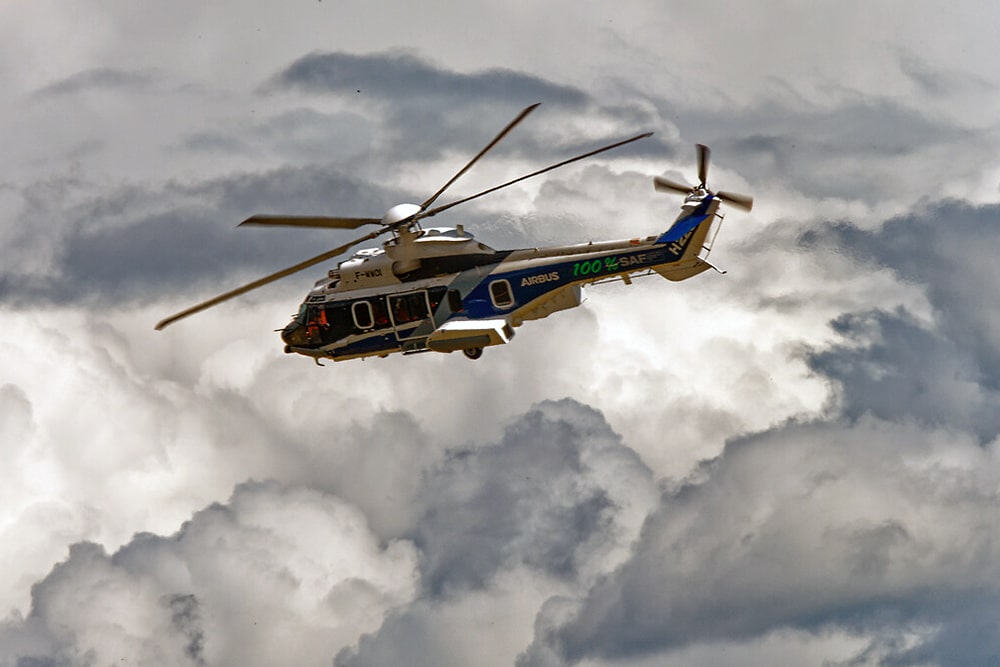 A popular search-and-rescue helicopter, the Airbus H225 was powered by two Makila 2 engines using SAF, serving as one of the first major milestones towards achieving the company’s goal to reduce CO2 emissions from its helicopters by 50 percent by 2030.

“This flight with SAF powering the twin engines of the H225 is an important milestone for the helicopter industry. It marks a new stage in our journey to certify the use of 100 percent SAF in our helicopters, a fact that would mean a reduction of up to 90 percent in CO2 emissions alone,” said Stefan Thomé, executive vice president for Airbus Helicopters.

The importance in SAF lies in its ability to drastically reduce CO2 emissions across the entire aviation industry. Even though testing is in full swing, SAF can already be used today as a mixture with conventional jet fuel—without engine modifications.

According to Airbus, all of its commercial aircraft are certified to fly with a 50 percent blend of SAF. The company became the first manufacturer to offer aircraft capable of using a SAF blend in 2016, delivering more than 90 such aircraft since then.

SAF comes in many varieties, including biomass-based and eFuel.

Biomass-based SAF is created using renewable raw materials, such as used oil, grease, and municipal waste. EFuel is based on sources such as captured carbon or leftover gasses from industrial processes.

Outside of the obvious environmental benefits, widespread use of SAF could reduce dependencies on crude oil, allowing aviation fuel to be produced within local supply chains—which would in turn bolster local economies.

Last year, Airbus Helicopters launched the SAF User Group, an entity dedicated to advancing the use of blended SAF kerosene and certifying 100 percent SAF for all Airbus commercial aircraft by the end of the decade.