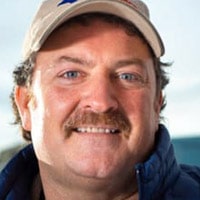 As Kenai Aviation, an Alaska-based air transport company, awaits the arrival of its new Tecnam P2012 Traveller, pilots and ground crew are getting ready to put the airplane to work hauling passengers by May 2.

There is much to do, from stocking equipment like fire extinguishers and life vests to setting up an online booking system and securing regulatory approvals. Once the airplane arrives, it will need maintenance inspections, and pilots will have to be checked out in it before paying passengers show up. When the preparation is done, the nine-passenger, turbocharged piston twin will begin delivering something the business needs: a more efficient way to carry commuters.

Joel Caldwell, director of operations for Kenai, says the Tecnam fills a slot in his small fleet between a Cessna 206 used for hauling tourists, outdoor enthusiasts and cargo into short fields, and Beechcraft Super King Air B200 for longer voyages around Alaska and surrounding territories. Earlier this month, Caldwell bought the Tecnam during the Sun ’n Fun Aerospace Expo in Lakeland, Florida.

Kenai is kicking off its growth plans with a schedule of daily flights between Anchorage and the three Alaska communities of Kenai, Homer, and Valdez. Anchorage is the hub for people from outlying areas who need to meet with business associates, shop for supplies, or get to doctor’s appointments. They are accustomed to using light aircraft to make the trips quickly.

Getting to Anchorage from Kenai by car takes about three hours if roads aren’t closed following avalanches or wildfires. The Tecnam will fly the route in 25 minutes. Anchorage to Homer takes four hours by road on a good day but can easily take six or seven hours, Caldwell says. That’s 45 minutes in the Tecnam.

The new airplane carries more people than the Cessna 206 and is better suited to the shorter flights and frequent flight cycles than the King Air. It is also designed more precisely for carrying passengers, Caldwell says. Other models, including the Cessna Caravan, which he had considered for commuter flying, are designed more as multipurpose haulers.

“The Caravan is a great plane and you can make it work for passengers, but the Tecnam is already set up for that,” he says. He also believes the Tecnam’s piston engines will operate more efficiently on the types of trips his commuter service will cover. That is a crucial factor, because this will be the company’s first time flying a scheduled passenger service. It previously focused on charters.

Caldwell, who began flying in Alaska in 1997 and has logged more than 15,000 hours, says he learned a great deal from the missionary, nonprofit, and Part 135 pilot jobs he has held. (He also is an Alaska Airlines captain—an occupation he jokingly refers to as “time off” from Kenai Aviation).

“One thing I learned is that scheduled service is a low-profit business. You’re under pressure to fill every seat.” Charters have more profit potential but it can be challenging to find enough customers, especially for a new, unfamiliar operation.

“You have to run the two businesses together. They serve each other. People get to know you through the scheduled service and eventually they will think of you first when they need a charter,” Caldwell says.

Bob Bielefeld, came to Alaska in 1959 to work in the oil field with Coastal Drilling. [Courtesy: Kenai Aviation]

Getting to know people is important in Alaska aviation culture. That’s how Bob Bielefeld, the founder of Kenai Aviation, got to be a legend. He started the company in the early 1960s, a few years after traveling to Alaska for an oil field job. He realized there was demand for an air transport service to support the region’s growing energy industry.

“Everyone in this area knows the business; most of the pilots around here, especially the old-timers, were trained by Bob.”

For the next several decades, he transported passengers and gear across the Cook Inlet, and he also ran a flight training business that became well-known for turning out much-needed pilots in a vast part of the world where aircraft are the most efficient if not the only way to get around.

When the Caldwells bought the company in 2018, they knew its brand recognition would be an asset to their expansion plans.

“Everyone in this area knows the business; most of the pilots around here, especially the old-timers, were trained by Bob,” says Caldwell, whose son, Caleb, runs the company’s flight school.

Buying the company, keeping its name, and running it the way they do is also a way to continue the Bielefeld legacy, he says