All You Need To Know About PMA Parts 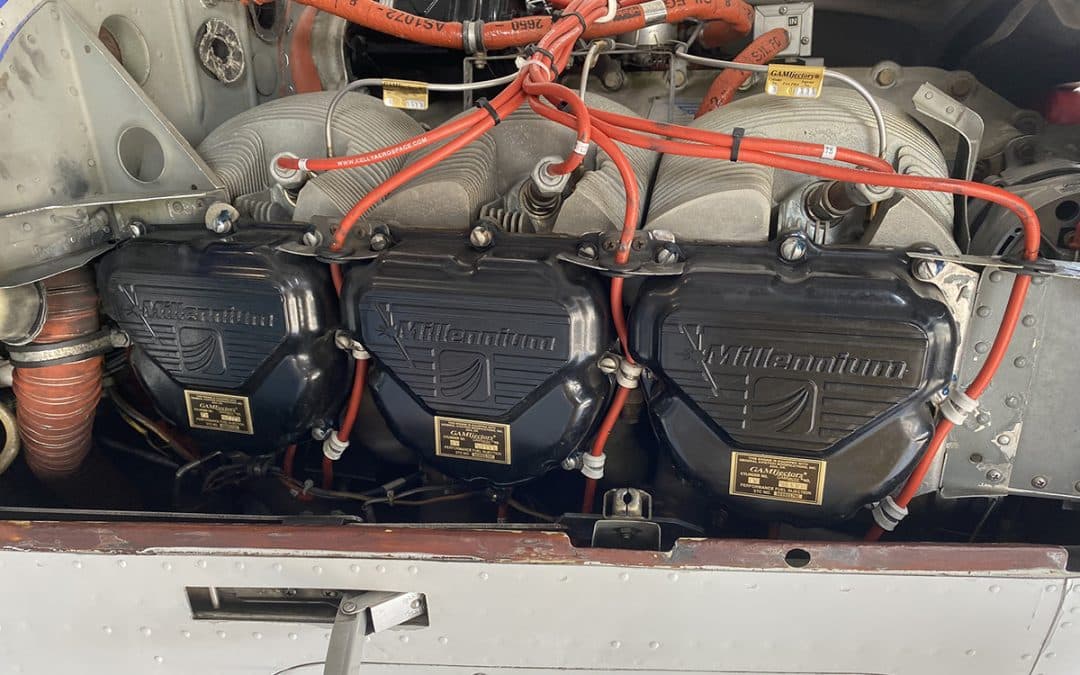 Shellie slides into her cubicle just in the nick of time. Only 15 minutes late, but still enough to raise the ire of the new maintenance manager, if caught. Besides, the unwritten rule is that late arrivals give the crew a gift of donuts; and aircraft mechanics love free donuts.

With one ear aimed at the hallway, anxiously awaiting pounding footsteps, she quickly logs into her Dell desktop computer and fires up her email. An urgent message appears from the director of maintenance (DOM), with her manager copied.

This is not going to be good.

“ATTENTION,” the email begins, “the company is enacting a fleet-wide maintenance mandate to replace all Lycoming exhaust gaskets with the “no-blow” variety as spelled out in service instruction (SI) No. 1204D, effective immediately.”

As a procurement team member, Shellie must have material on site before any maintenance action occurs. What if the stock isn’t available? She remembers reading an article at FLYING about a parts shortage. One sentence stood out in her mind: “OEMs caught flat-footed going into a pandemic with low inventory levels.”

Time to get to work.

Nervously, Shellie logs onto her prime supply website for Lycoming spares and begins typing in the part No.: 77611.

Shellie is in luck, as she’s about to learn of the FAA design approval known as Parts Manufacturer Approval (PMA). These are drop-in replacement parts that can be used as alternatives to the original equipment manufacturer (OEM).

As with aviation in the United States, we begin with the Code of Federal Regulations (CFR). Title 14 Chapter I Subchapter C Part 21 Subpart K is the CFR that addresses PMA. (I suggest you begin with the table of contents and work through the reg in due course.)

The federales also have a one-stop-shop for all things PMA, providing intel on the CFRs, advisory circulars (AC), orders, and even top tasks. These are great resources to have bookmarked and to supplement your e-library toolbox. I have over 30 years in the business and still find myself referencing these documents regularly to ensure I have the correct language, understand specific nuances, and check my understanding of the task.

FAA PMA parts are OEM alternate replacements and form, fit, and function the same as the original part. One term that does not describe PMAs is “knock-off,” or cheap imitations made in a remote sweatshop in the South Pacific. We addressed approved parts earlier in my article about suspect unapproved parts. These rules apply to PMA parts as well.

Not all PMA parts are created equally; some take different paths to obtain certification. The International Air Transport Association (IATA) distributes a publication titled Guidance Material and Best Practices for Alternate Parts (PMA) and Approved (non-OEM) Repairs (DER) as a strategic tool to assist those looking to incorporate alternate materials to the OEM.

As stated above, not all PMA parts take the same certification path. One such way the IATA guide helps to clarify the types of PMA parts is in Section 3.1 FAA PMA Approval Methods. Here are the three main approval methods as presented in the IATA guide:

This PMA is typically produced by a first or second-tier manufacturer working for the type certificate holder (TC). For example, New Hampshire Ball Bearings Inc. (NHBB) builds airframe control bearings under the BACB specification for Boeing and can distribute them to the aftermarket under a licensing agreement. In this press release, NHBB announces the addition of 28 new spare parts to their catalog. Boeing relies on companies like NHBB to build parts for production aircraft and offer product support to the field. As product experts, NHBB and their distributors not only take orders for material but provide product data, installation tooling, and even training.

We mentioned the BACB spec earlier. Have you ever wondered what that meant? NHBB explains this and more in their Knowledge Center offering descriptive characteristics of many Aerospace Standards and Approvals.

Boeing is too big to provide this level of customer support. Their focus is on designing, manufacturing, and delivering new aircraft. This license agreement also brings in additional revenue through royalty payments from NHBB.

Some suppliers develop intellectual property (IP) and sell airframers parts that gain airworthiness through the finished product’s TC. These companies may not have a license agreement with the TC holder and, therefore, need additional approval to sell their parts to the aftermarket. These could be the exact parts found on the production aircraft and even have the same number in the illustrated parts catalog (IPC). Obtaining an identicality PMA gives them that approval.

PTI has no license agreement with Boeing nor Airbus to sell PMA. [Photo: Richard Scarbrough]

One example is part No. 7588429 IDG Lube Filter from PTI Technologies Inc. This filter is identical to the part produced on the Airbus A319, A320, and Boeing 737NG, 767, 747, and 757. PTI has no license agreement with either airframe manufacturer to sell them. The 7588429 PMA is an approved alternate Airbus and Boeing filter but at a fraction of the cost.

Brandon Sbragia is a regional sales manager for Seal Dynamics, the exclusive distributor of PTI. He and I recently connected to discuss the PMA aftermarket. When asked about target pricing, he states that the PMA can sometimes sell for 50 percent of the OEM equivalent. Brandon continues that while the price is a crucial factor, owners can derive other benefits from using PMA parts, such as reliability improvements and mitigating obsolescence on aging aircraft.

Remember our friend Shellie, all stressed over her assignment to procure Lycoming part No. 77611 exhaust gaskets? Well, she may be in luck. It turns out the FAA has approved—not one—but three PMA alternates. The parts identified here are test and computation (T and C) PMAs. They are not produced by the same company that supplies Lycoming but reverse-engineered by an independent source.

Notice how the AirTech AL77611 does not have a PMA holder number? It is PMA via supplemental type certificate (STC), which we will cover in an upcoming article.

As Good or Better

PMA parts must be as good or better than their OEM equivalent. The picture headlining this article is a Beechcraft Bonanza IO-550-B with Superior Millennium part No. SA52006-A23P FAA PMA cylinders using an STC to run GAMI injectors. Many operators prefer the PMA cylinder to OEM for reasons we will cover once we get to cylinders in the coming months.

It is worth mentioning that T and C PMA parts are thoroughly tested and must be approved by the FAA. Frequently, they are scrutinized more thoroughly than even their OEM counterparts.

Can PMA parts improve reliability and make good on the “or better” statement? Kory Koyamatsu, project engineer for Jet Parts Engineering, believes they can and offers the following tip to gauge performance. For components, owners can observe mean time between unscheduled removals (MTBR) data on line replaceable units (LRU) and look at component teardown reports. Operators can also request engineering data and technical packages to help make the case and switch to PMA.

Can you tell the difference between these PMA and OEM parts? [Photo: Richard Scarbrough]

Do not just assume that any PMA is good to go. Conduct your research, consult industry experts, and stick with certain brands that have a good reputation in the aftermarket. Aviation is a small industry, and most people will be more than willing to offer their opinion. Ask your local parts distributor, FBO, or A&P mechanic which PMA companies they recommend.

Hypothetically, let’s say the ATP flight school employs Shellie. They have a sizable fleet powered by Lycoming, many of which use the 77611 no-blow exhaust gasket.

Remember that not every OEM part has a PMA equivalent. Some PMA parts are better than others. As is a standing rule here on Maintaining Your Airplane, do your homework. Ask others on your airfield about their experience with PMA parts. Some are hesitant to try, while others use PMAs throughout their aircraft.

Have a conversation with your A&P, and ask them to relay their past experiences. Often PMA providers will hold technical symposiums or workshops. I strongly encourage attending. Gather your data and make a sound decision based on that data.

If you have any questions or need additional intel, email me at editorial@flying.media.

The post All You Need To Know About PMA Parts appeared first on FLYING Magazine.