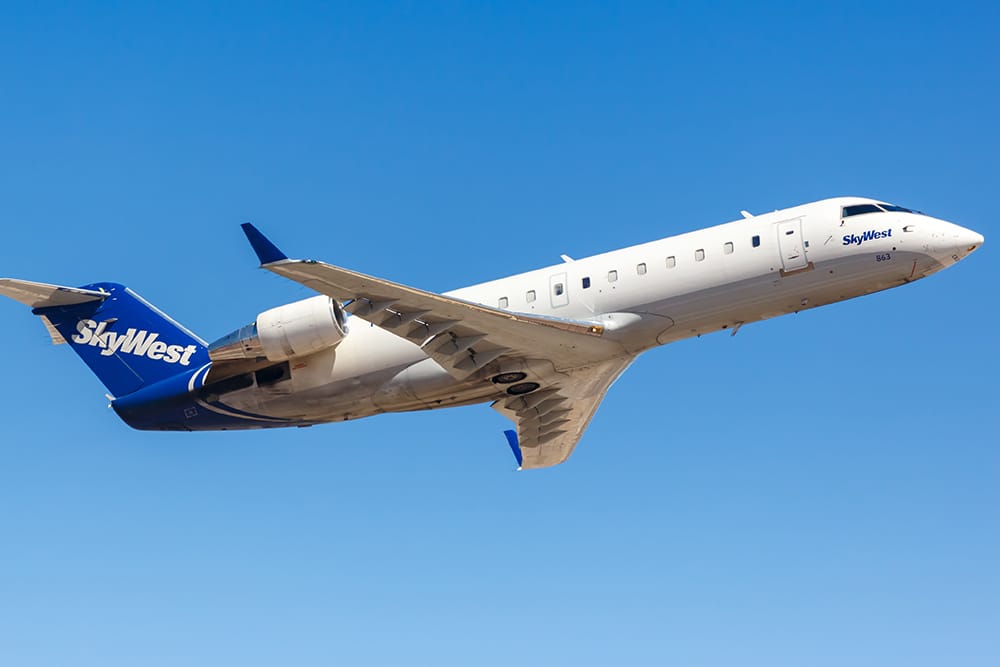 SkyWest Inc. (NASDAQ: SKYW), the parent company of SkyWest Airlines, the nation’s largest regional airline, filed a petition to the Department of Transportation for a CFR Part 135 public air charter certificate in June. The move was seen as a way for SkyWest to reenter some of the nearly 30 small cities it exited because the airline couldn’t find enough pilots to operate its flights.

An air charter certificate would allow the airline to hire first officers to operate Part 135 charter flights with as little as 500 flight hours, 1,000 hours fewer than the 1,500 hours generally required for pilots of Part 121 carriers. This is because pilots of Part 135 carriers are not required to have a restricted or full airline transport pilot (ATP) certificate. A Part 135 charter certificate also gives operators more flexible retirement age requirements and work rules for its first officers.

ALPA is criticizing SkyWest for what it describes as a “scheme to skirt first officer qualifications.” The union’s leadership, representing more than 64,000 pilots across 39 U.S. and Canadian airlines, has filed a formal opposition with the DOT against SkyWest’s request.

In the filing, ALPA president Capt. Joe DePete described SkyWest’s proposal as purposefully deceitful. He said it would undermine safety standards because it would allow the airline to avoid critical first officer qualification rules that apply to Part 121 operations but not Part 135. That means the airline could hire pilots at less than the requirements of the 1,500-hour rule.

Moreover, ALPA insinuates that if SkyWest’s request is allowed to go through, the charter company could do things to compromise safety.

“In addition, SkyWest would be able to implement less stringent safety requirements under Part 135 in other areas as well,” the filing said. ALPA even cited the Regional Airline Association (RAA), which it has been at odds with as well, for supporting SkyWest’s request. In June, DePete and Faye Malarkey Black, president, and CEO of RAA, exchanged angry letters with each other. ALPA said the RAA needed to stop lobbying against the 1,500 rules, but Black said the union had “lost its way.”

Now, ALPA says it foresees SkyWest’s next move, and wants the DOT to block it.

“If successful, SkyWest can be expected to argue that fully qualified first officers are not necessary for small-community operations since it will use the same twin-engine jets it used under Part 121,” the union said. Furthermore, it argued that eventually, SkyWest would shift a big part of its flying schedule from the 121 side of things to the 135 side, without reasonable cause.

ALPA argues this is a slippery slope, particularly because SkyWest would also benefit from federal funding that it could use to prop up its charter operations. Moreover, ALPA’s main point of contention is that it would compromise safety and is not in the public’s best interest.

It called on the DOT not to bow to giving SkyWest an air charter certificate to solve its “short-term” pilot shortage problem—because such a certificate does not expire.

“Under these circumstances, the department cannot award federal grant monies just to ameliorate a carrier’s staffing issues in a way inconsistent with upholding safety as the highest priority in air commerce,” the union said.

“A near-permanent government-issued certificate is an inappropriate response to a temporary corporate created issue,” ALPA said.

In his letter, DePete concluded that “SkyWest Charter’s business plan is unsound.” He said it assumes the DOT would allow the airline’s charter division to use federal funding to hire “lesser-qualified first officers” and “degrade the level of air safety for small communities.”

Regional airlines have sought creative means to improve pilot recruitment but are failing to gain traction, especially with ALPA’s quick pushback. Separately, when Republic Airways requested an exemption to the 1,500 rule to hire pilots from its Lift Academy at 750 hours, DePete said, “this proposal is a solution in search of a problem” and that it had “real life-and-death consequences if approved.”

SkyWest to Investors: No Compromises to Safety

SkyWest hasn’t publicly responded to ALPA’s pushback, but on its second-quarter earnings call last week, Chip Childs, president, and CEO of SkyWest, told investors that the application was within existing regulatory scope. He said the application also gained strong support from the communities it sought to serve and that it would do so safely.

“We undoubtedly have the asset base, best fleet, high standards, and expertise to execute this operation well, and intend to hold SkyWest Charter to the exceptionally high standards of safety and service associated with the SkyWest name,” Childs said. On the same call, Wade Steel, the airline’s chief commercial officer, said there would be no compromises to safety.

“We intend to run it just like we run the commercial side of SkyWest as a 121 operator,” Steel said. He said they would tap into the airline’s safety management system (SMS) and aviation safety action program (ASAP)—which are safety standards that charter operations aren’t currently held to.

As for flying with “lesser-qualified first officers,” Steel pointed out that the airline had a robust safety standard. “It’s important to note that over every single year [at] SkyWest airlines, we actually fail several [hundred] pilots out of our initial training courses—and they have 1,500 hours. They’re very well qualified by FAA standards, but they don’t meet the SkyWest standard,” Steel said. “That standard for this charter operation will be the exact same standard.”