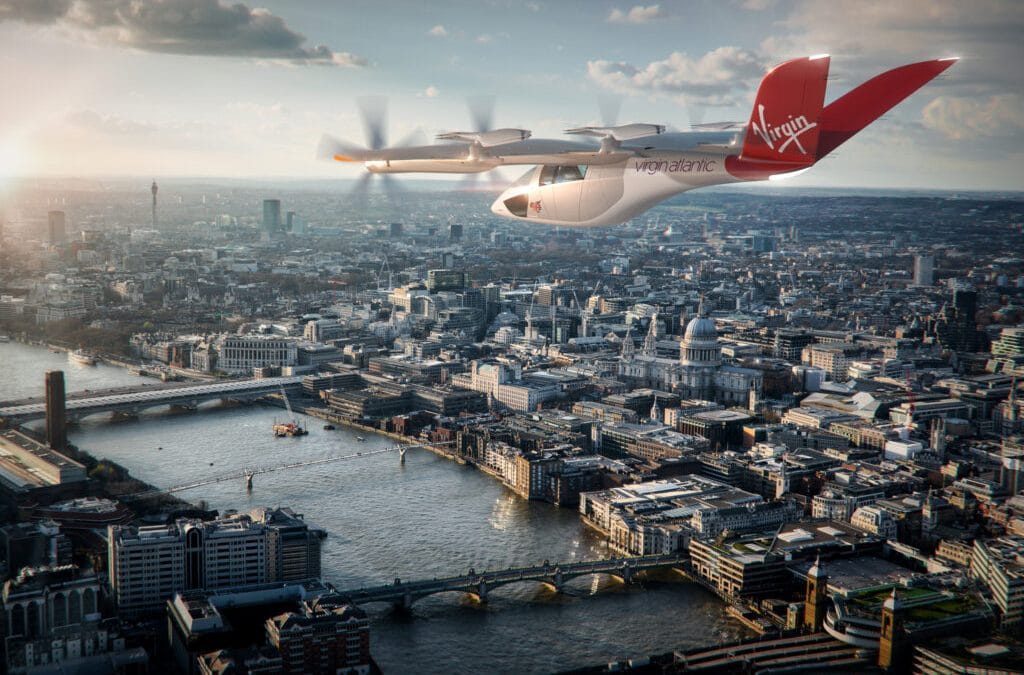 The London-based company announced the news Thursday, as it works toward launching a full test flight campaign later this year for its VX4 electric vertical takeoff and landing (eVTOL) air taxi.

The partnerships include GKN, Honeywell, Leonardo, Rolls-Royce, and Honeywell.

In fact, the company said it intends to seek FAA type certification as well, that would allow VX4 to enter service in the U.S.

“Vertical’s DOA, when granted, will cover the full scope required to hold a type certificate for a commercial passenger carrying winged eVTOL,” the company said in a statement. “Vertical believes this will be of the widest scope an eVTOL manufacturer will have received to date.”

Leading eVTOL developers in the U.S.—including Uber-backed Joby Aviation (NYSE: JOBY) and United Airlines-backed Archer Aviation (NYSE: ACHR) are further ahead of Vertical in their type certification timelines, and are both flight testing demonstrator aircraft.

Vertical is one of hundreds of advanced air mobility startups developing eVTOLs designed to fly passengers and cargo for short distances over traffic gridlocked cities.

Founded in 2016, the company began flights of its first full-scale battery powered eVTOL test article in 2019.

The more advanced air taxi prototype demonstrator for VX4 is now in “later build stages” the company says. “We look forward to reaching a number of meaningful milestones in our activity over the coming months, including the launch of our flight test campaign,” said Paul Harper, Vertical’s head of certification, in a statement.

VX4 is a fixed-wing, V-tailed, tilt-rotor, retract aircraft designed to carry four passengers and a pilot with zero carbon emissions at speeds of about 200 mph (174 kts) with a range of more than 100 sm.

It’s worth noting that Vertical boasts the “largest pre-order book by value in the eVTOL market,” totaling $5.4 billion.

Including American Airlines, which signed a provisional pre-order in 2021, Vertical says it has received pre-orders for 1,350 aircraft from customers such as Virgin Atlantic, Bristow, Marubeni, Iberojet, and Avolon—the “world’s second largest aircraft lessor.”

In addition to the U.K. and U.S., the company says eventually VX4 will be flying in Turkey, Japan, Brazil, Greenland, Southeast Asia, and the Caribbean, if all goes as planned.