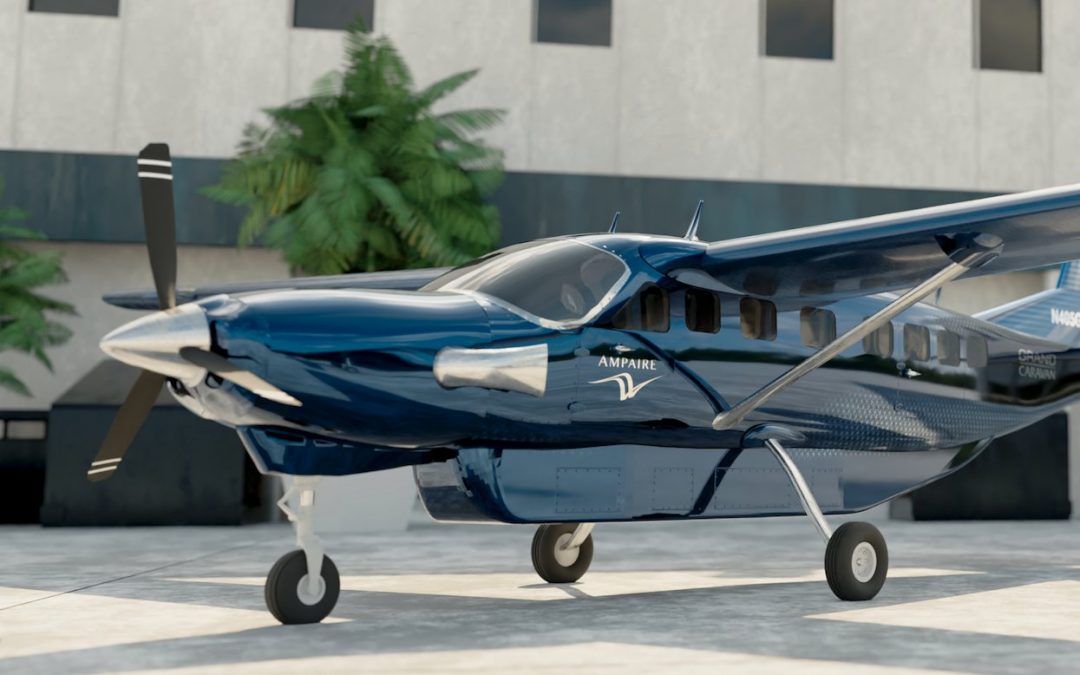 Ampaire said it expects its Eco Caravan to earn FAA certification in 2024, claiming it could be the first electrified regional aircraft to enter commercial service.

“The Eco Caravan propulsion system performed just as expected,” Seguin said in a statement, adding, “It was smooth and quiet. All temperature and power output readings were normal.”

A Faster Solution to Net-Zero?

The flight marked a major milestone for Ampaire, taking a different approach from other industry initiatives to eliminate carbon emissions, such as the fast-growing sustainable aviation fuel (SAF) market. According to Our World In Data, aviation is responsible for 2.5 percent of global CO2 emissions. In order to reduce emissions to meet the industry-wide net-zero goal by 2050, SAF would be needed to cut up to 65 percent of emissions. the International Air Transport Association (IATA) said in an October 2021 study. Meanwhile, IATA estimated that electric and hydrogen solutions would only contribute 13 percent to the desired reduction.

If certified, Ampaire’s solution—while smaller—could offer a faster approach to possibly reducing emissions, according to the company.

“Aviation is the hardest industry to decarbonize,” said Kevin Noertker, Ampaire CEO, in a statement following the flight. “Fully-electric aircraft are range limited because of the weight and energy capacity of current-generation batteries. Hybrid-electric aircraft, however, can preserve the range and utility of today’s aircraft. That is why we are focused on hybrid-electric propulsion for a series of increasingly capable regional aircraft. It’s a way for the airline industry to decarbonize more quickly and benefit from lower operating costs.”

Ampaire said the maiden flight on Friday adds momentum to the program. In October, it announced a financing company, Monte Aircraft Leasing Limited, would order up to 50 Eco Caravans.

Before that, during NBAA-BACE, the company signed an MOU with Tamarack Aerospace Group to develop aerodynamics upgrades for Ampaire’s hybrid electric aircraft fleet. The agreement would allow Tamarack to deploy its Tamarack’s SMARTWING winglets on all alternative energy variants of the Cessna Caravan 208, de Havilland Twin Otter, and Beechcraft King Air.

Looking ahead, Ampaire said it is working with the FAA to certify the Eco Caravan in 2024 under a supplemental type certificate tailored for its propulsion system. The company said this would be less time-consuming and cheaper than a full aircraft certification program.

“Launching hybrid-electric aviation is no simple task, but we have made it easier by upgrading an already certified aircraft,” said Noertker. “We will come to market more quickly and allow airlines around the world to begin to gain operational experience with this new type of propulsion. And we will work with them on follow-on models to meet their network requirements.”