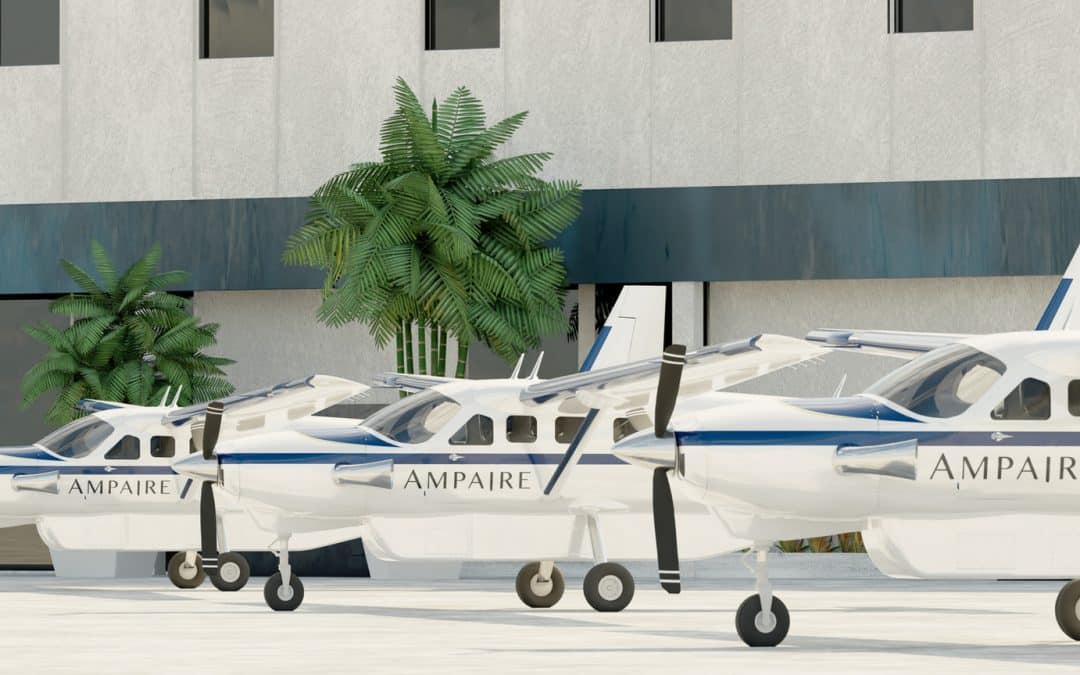 “RED Aircraft sees enormous potential for hybrid-electric aircraft and believes the Eco Caravan is just the first step to bringing a new level of efficiency and vastly lower emissions to a large swath of aviation,” said Jürgen Schwarz, CEO of RED. “We are thrilled to be pursuing these opportunities hand-in-hand with Ampaire.”

The Cessna Eco Caravan serves as the first aircraft to receive the new propulsion system, but many more hybrid-electric fixed-wing aircraft are in development.

“The modern, powerful, and ultra-fuel-efficient RED engines have exactly the right characteristics for the Eco Caravan’s hybrid-electric propulsion system and for many other upgrades or all-new designs we may pursue,” said Ampaire CEO Kevin Noertker. “We are very pleased to take this first step in collaboration with a company that shares our goal to decarbonize aviation while reducing costs for aircraft operators and their passengers.”

Ampaire is not the first to electrify a Caravan, however. In 2020, electric propulsion designer Magnix and flight test specialist AeroTEC developed a fully-electric Cessna 208B Caravan. The aircraft’s maiden flight only lasted 30 minutes, restricting it to short distances.

Also, Pipistrel’s fully electric Velis Electro two-seater has been type certificated by EASA, and is being used as a trainer in the U.S. In Colorado, Bye Aerospace said recently it’s making significant progress toward key approvals to certificate its fully electric eFlyer 2 two-seater.

H2 About the Aircraft

According to Ampaire, the Eco Caravan will offer several benefits, including:

Ampaire was formed in 2016 to upgrade existing passenger aircraft to hybrid-electric vehicles in order to push the aviation industry towards net-zero emissions. RED, or Raikhlin Engine Developments, was founded in 1995 by Vladimir Raikhlin and is based in Adenau, Germany.