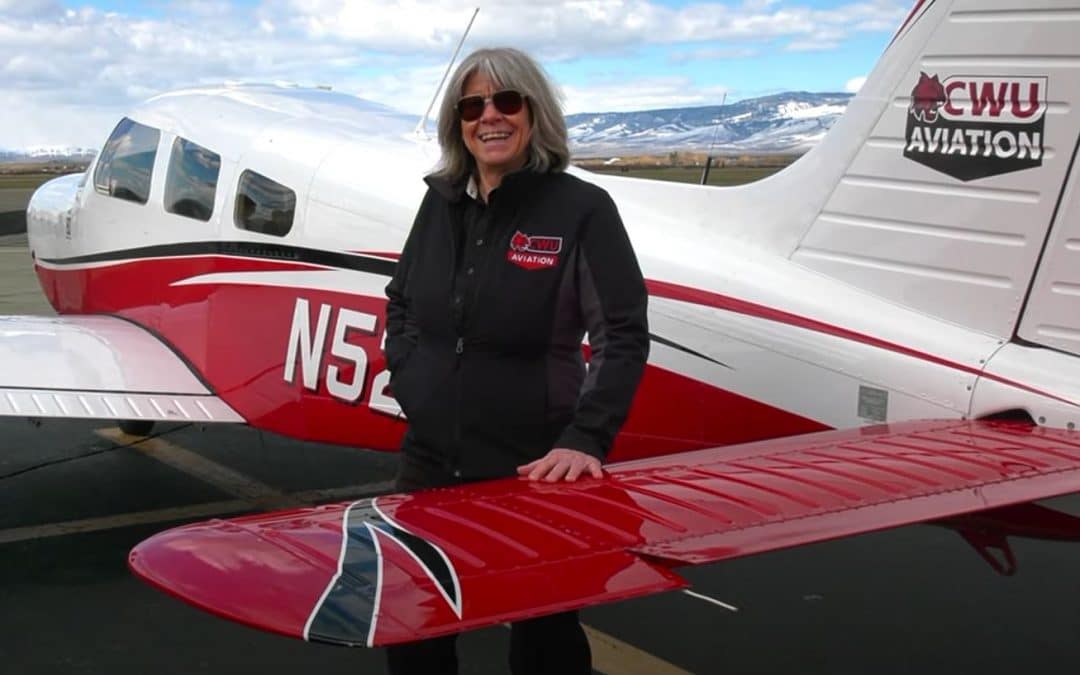 Amy Hoover, backcountry pilot, author and professor at Central Washington University in Ellensburg has been named 2022 National Certified Flight Instructor of the Year.

Hoover has been flying for more than 30 years. For the past 19, she has been teaching at CWU. These days she serves as a flight check instructor and assistant chief ground instructor.

When she was in her 20s, Hoover was working as a field geologist in the backcountry of Idaho and sometimes the only way to get to the river canyons she was working in was aboard a helicopter or a raft. This led to an interest in whitewater rafting—she eventually became a river guide—and from there, she developed an interest in backcountry flying.

“Sometimes the only way to get into the put-in point on the river was by aircraft,” she explains.

Hoover pursued flight training. She had experience teaching and tutoring at the college level and enjoyed it, so she combined the love of teaching with the love of aviation and a flight instructor was born. She specializes in tailwheel and mountain flying, writing curricula for the latter that are still used by several organizations today.

“She is so passionate about working with the students.”

In addition to working at the college, Hoover does mountain flying seminars and one-one-one lessons for pilots who want to add mountain flying to their skill set. She has written articles for different aviation magazines and in 2019 wrote a book on the topic: Mountain, Canyon and Back Country Flying.

According to Theresa Sloan, professor emerita at Central Washington University, when Hoover was hired in 2003 she quickly distinguished herself as a professor who put her students first.

“She is so passionate about working with the students,” Sloan said. “She goes way beyond what most professors are willing to do if a student is having issues with flight training or if they are having emotional problems or problems with family, they tend to go to Amy.  She will spend the time to get them the assistance they need, or offer encouragement or advice.

“She has some of the highest student evaluations in the university,” Sloan added. “In the airplane she’s all business and completely safety-first. She imparts that attitude on her students. She really is a wonderful instructor, she really deserved it.”

In the summer, Hoover still teaches backcountry flying, with an emphasis on teaching the importance of taking them into the public wilderness areas in addition to developing their flying skills.

Hoover is a member of several aviation organizations, and is often called upon as a consultant for policy and curriculum development. She’s always looking to enhance her skills and to do that she makes the effort to find instructors with specialties and more experience than she has to help her add to her skill set.

“There is always more to learn.” Hoover explains.