An Aviation Executive is Trying to Level The Playing Field 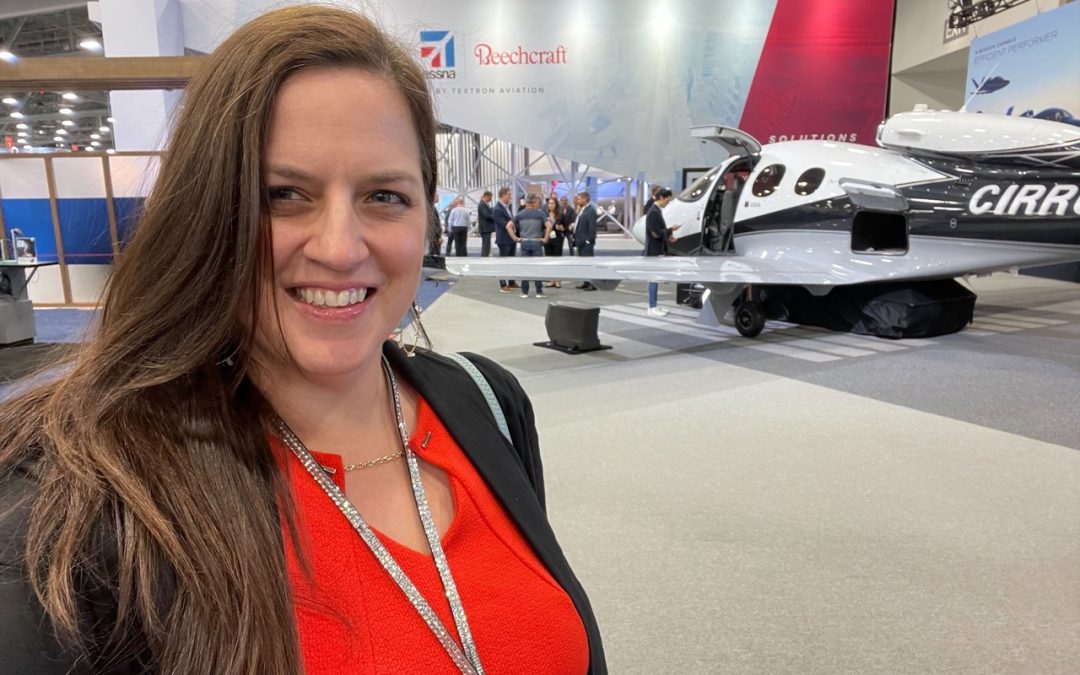 According to the U.S. Bureau of Labor Statistics, women currently make up only 5.3 percent of pilots and flight engineers, while 65 percent of flight attendants are women.

Why stay in the back of the airplane when you can have a great career in the cockpit, or in the control tower, or the maintenance shop? That’s the question Stephanie Carpentier, a managing partner at aerospace and defense consulting firm Aeronti, considered with her friends as they brainstormed with each other during social gatherings.

“When most people think of aviation, they likely think of pilots, flight attendants, or mechanics,” Carpentier said. “Some of those careers can seem tricky for a woman to navigate and can be intimidating to take on. But we want to not only encourage and break the stereotype of those jobs, but also show the wide range of career options within this exciting industry that go beyond these well-known roles.”

Some of the women in Carpentier’s social group were nearing retirement and wanted to open doors for girls so they could find careers in aviation. They wanted to leave the industry better than when they found it, but the challenge was in reaching potential candidates to follow in their footsteps.

The group also wanted to see more women in supplementary jobs in aviation, as pilots we all know we need a team around us to guide us and keep our aircraft functioning. The group concluded that an educational focus would help increase the ranks of women in flying careers.

In July 2020, A-WING was formed and received its nonprofit status as a charitable organization later that year.

A-WING is an acronym for Aviation Women Inspiring the Next Generation. The group is composed of more than 60 volunteers—both men and women—who are working to create awareness of the opportunities in the field of aviation.

One of their initiatives is “25 by 25,” an effort to increase the number of women in aviation and aerospace roles to 25 percent by the year 2025. It’s an audacious goal. The group collects data from organizations across the industry with the goal to advance diversity, equality, and inclusion at the corporate level.

According to A-WING’s website, women comprise less than 5 percent of management roles and less than 3 percent of C-suite executive roles. One of A-WING’s goals is to be the resource for benchmarking and indexing the data in the future.

The organization is funded through donations. These dollars are used to produce educational materials, create speaking and networking opportunities and enable attendance at job fairs.

“The proceeds from membership dues help support women who are seeking jobs, or [are] just out of school, to find a place of guidance, encouragement or belonging and to connect them directly with jobs,” Carpentier said.

The organization will host a job fair on April 27 during the MRO Americas event in Dallas. More information can be found here.

The post An Aviation Executive is Trying to Level The Playing Field appeared first on FLYING Magazine.