Appreciating the Importance of Aircraft Logs 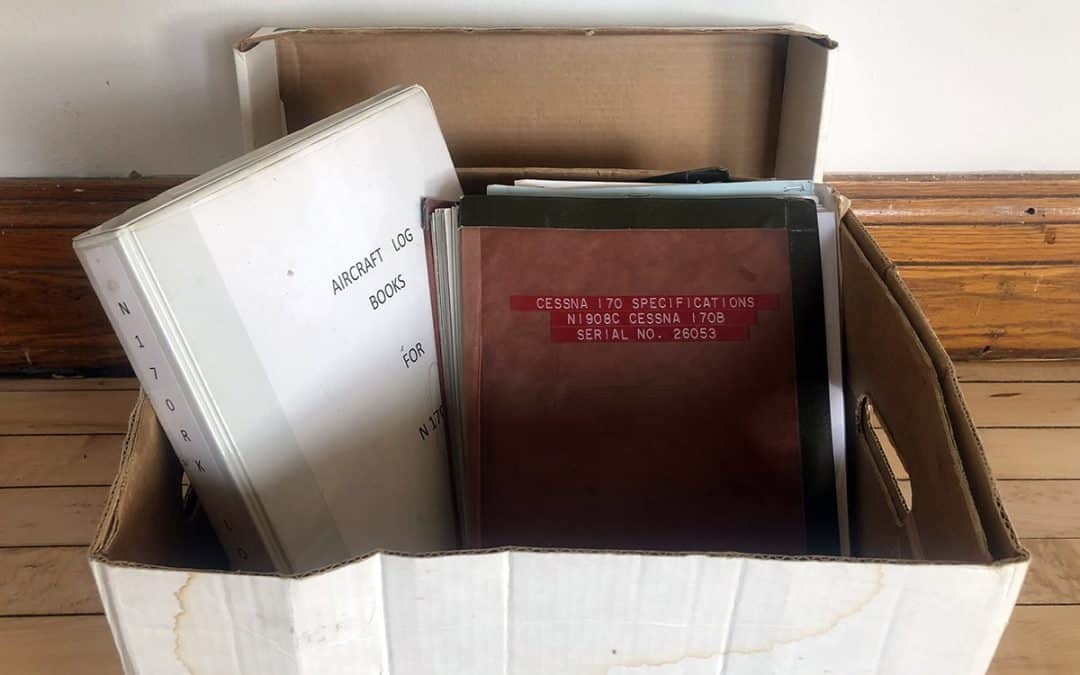 A few weeks ago, I was house sitting at a friend’s place while he was out of town. During this time, he had an annual scheduled for his Stearman biplane. He asked me to drop his aircraft logbooks off at the hangar so his mechanic could make the necessary entries. I had a pretty full schedule, but I agreed to do so.

Over the next couple of days, my schedule became increasingly full, and I realized it was going to be very difficult to make that trip over to the hangar. Fortunately, a mutual acquaintance happened to be heading there and offered to drop the Stearman logs off for me. I took him up on the offer, thanked him, and the delivery went fine.

The next day, after my schedule had subsided somewhat, I reflected upon that decision. The Stearman owner had entrusted me with the airplane’s logbooks, and trusted that I would hand-deliver them to his mechanic. I, in return, pawned the job off on our friend. In hindsight, it was irresponsible of me, and I don’t feel good about it.

Before I was an aircraft owner, I did not fully appreciate the importance of aircraft logs. I roughly equated their value to that of a pilot logbook—important, sure, but not impossible to replicate and/or replace. Should a pilot’s logbooks become lost or destroyed, it would indeed be a massive headache, but with the flight time totals from a previous 8710 application for a new certificate or rating, new endorsements from previous CFIs, and a notary, a semblance of the original logbooks can be cobbled together.

But the loss of an aircraft’s logbooks…well, that could more accurately be described as devastating.

Most obvious is the loss of important documentation. Without accurate maintenance records, there would be no recorded times, no documentation of damage history, service bulletins, modifications, airworthiness directives, etc. Piecing together the maintenance history to prove airworthiness would be incredibly time consuming and in many cases, impossible.

Some records can be obtained from the FAA. As I described in a previous column, a $10 fee gets you everything on record regarding an airplane’s registration and airworthiness history. When I ordered the records to research my own airplane, I even received scanned technical diagrams of a full-flow oil filter that had been added with an STC.

READ MORE: Know What To Look for in Aircraft Logbooks

Maintenance aside, another tragedy of lost logbooks would be the resulting decrease of your airplane’s value. A representative from aircraft valuation and appraisal firm Vref estimated that an airplane’s value would be decreased by between 40 and 60 percent without any logbooks. For a $50,000 airplane, this means the cardboard box of logs and binders that accompanies it is worth between $20,000 and $30,000.

To one owner, some casual browsing on eBay revealed a treasure trove of information and value—$30 spent on this auction would likely increase the airplane’s value by tens of thousands of dollars. [Photo: eBay]

That’s an expensive cardboard box. In addition to being unable to discern the maintenance history, the buyer could find it nearly impossible to secure financing for the aircraft, further complicating the sale. The airplane would be a lemon; nobody would want it, and the few who would be interested would be making extremely low offers.

The missing engine logs would be solvable. While not inexpensive, one could simply purchase a new engine (or a used one with logs), install it, and then sell the logless engine for parts. This would essentially provide a clean slate with regard to engine documentation. But no such option exists for an airframe.

As Luck Would Have It

If tragedy strikes and you find yourself without logs, it’s possible to get lucky. A couple of years ago, I was browsing the International Stinson Club’s Facebook group to learn more about the type, when I spotted an interesting post. A member had found a set of Stinson logbooks listed for sale on eBay.

He looked up the tail number and discovered that the Stinson, to which the logs belonged, was actively registered to an individual in North Dakota. Thinking that perhaps the owner frequented the Facebook group, he shared the listing and asked if anyone happened to know them. Nobody did, but a particularly kind and generous individual later announced that he had personally ponied up the $35 to buy the logs, and had them shipped to the mailing address listed with the aircraft registration. Such is the camaraderie of good type groups.

Just this past week in a different Facebook group, a Cessna 172 owner shared photos of aircraft and engine logbooks for his own airplane that mysteriously arrived in the mail. Apparently, upon discovering them, another good samaritan recognized the importance of reuniting logs with their respective airplane and dropped them into the mail. They included no note or correspondence— only a P.O. Box as a return address. The 172 owner had plans to send the mystery samaritan a thank you letter and a gift card of some kind.

Me, I’m still trying to figure out how best to safeguard my own logbooks. It seems prudent to purchase a good, fireproof safe for them, as well as for some other irreplaceable items. But even with a high-quality safe, the logs still only exist in one place and in one form.

I’ve started looking into a company called Planelogix. They bill themselves as “General Aviation’s Premiere Logbook Backup & Digitization Company.” Curious, I perused their website and before long, found myself chatting with one of the founders of the company.

As it turns out, the company does a lot more than just digitize logbooks. First, they send a large, airtight Pelican case to your address. You place your logbooks inside, then ship it back to them. Upon receipt, they scan every page of every logbook using optical character recognition and even enter the data by hand, if necessary, to create a set of fully searchable and updatable online maintenance records and logs. After the scanning process, your original logbooks are returned to you.

The founder explained that in addition to digitizing the logs, they commonly discover an airplane is not airworthy, stemming from a lack of documentation for one or more necessary entries, often related to ADs. Twin Cessnas, he said, are typically the most notorious because of their complexity. The scanning process, therefore, also functions as a thorough audit of an airplane’s airworthiness.

I was pleasantly surprised to learn that utilization of the company’s proprietary database for tracking existing maintenance logs and entering new ones is not required. In other words, they don’t lock you into using their own interface to track service intervals and make new maintenance entries. Upon request, they will provide you with your full set of scanned records in an open file format, enabling you to access and refer to them using commonly-available software.

I haven’t yet signed up for the service, but I suspect I will do so fairly soon. The specter of lost, irreplaceable logs is terrifying, and the peace of mind that comes from knowing every logbook entry is both digitized and stored in the cloud would be comforting, indeed. But just for fun, I’ve saved an eBay search for my own tail number, so I’ll be notified if something related to my airplane should ever be listed for sale.

The post Appreciating the Importance of Aircraft Logs appeared first on FLYING Magazine.