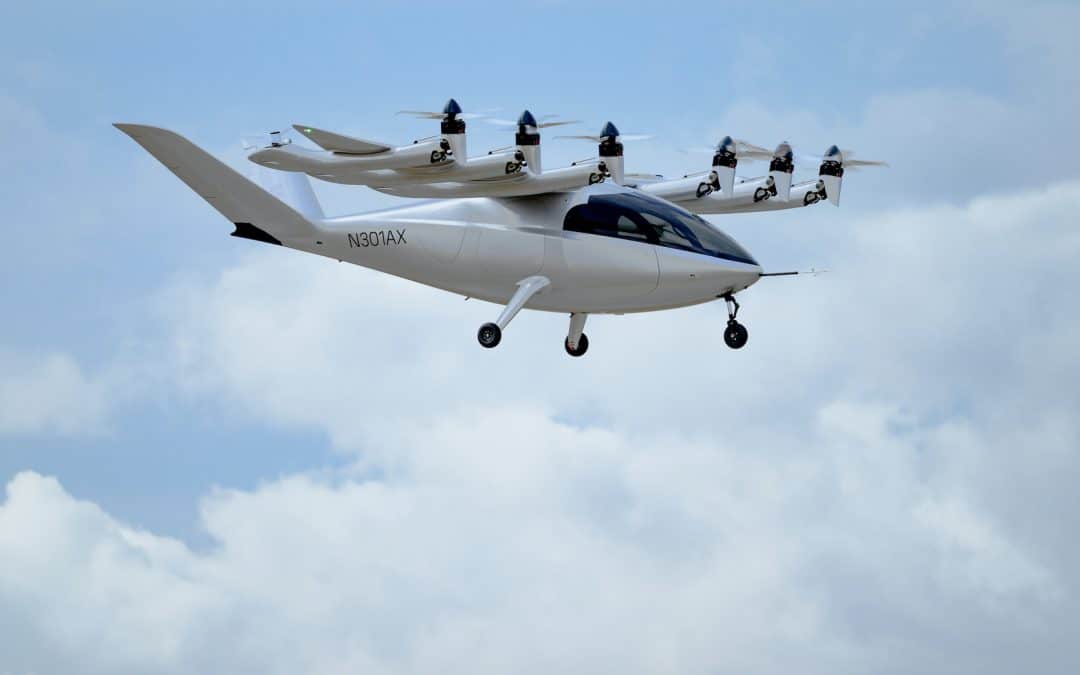 Although developers of electric vertical takeoff and landing eVTOL air taxis have yet to receive certification of their aircraft, a few industry leaders have been thinking ahead to operations and what the experience will look like for passengers as well as pilots.

Tom Anderson, Archer Aviation (NYSE: ACHR) COO of urban air mobility, spoke with FLYING several weeks ago to offer his thoughts about top-line goals, including obtaining a Part 135 certificate, vertiports for maintenance, landings, and takeoffs, as well as training for pilots and technicians.

Anderson came to Archer earlier this summer after more than three decades working in the traditional airline sector, including stints at Airbus, Boeing, Virgin America, and Breeze Airways. He’s also a certificated pilot who holds an A&P as well as an IA. If Anderson can find the time, he tries to enjoy the beautiful California weather and go flying.

Having recently completed PDR (Preliminary Design Review), we are making tremendous progress on this aircraft and can’t wait to share more details with the public in the future… https://t.co/IgJCVIE27G

At this point in his career, Anderson said he brings to Archer the benefits of seeing different elements of an airline ecosystem. “I can see how they need to all come together in a coherent orchestra,” he said. Archer is not only building a new kind of aircraft, but also plans to build an airline while manufacturing and selling aircraft to other operators. “I think that’s what drew me to Archer,” he said.

Archer’s tiltrotor design for its production aircraft called Midnight includes six proprotors turned by lithium-ion-battery-enabled electric motors. The aircraft will seat a pilot and four passengers and have a range of 60 sm and a cruise speed of 130 knots. The eVTOL’s mission: to provide quick, emissions-free flights over traffic gridlock in cities such as Los Angeles and Miami.

Under Archer’s current plans, those holding FAA commercial pilot certificates will be eligible to fly for the airline. Anderson believes Archer’s on-demand air taxi service could help attract more technicians and pilots to airlines, helping to ease the pilot shortage.

In a deal announced last year with national parking garage operator Reef, Archer signaled it intends to use existing infrastructure for at least some operations, including landings, takeoffs, and daily maintenance.

“The battery pack will stay with the aircraft for a fairly long period of time,” Anderson said. “When the aircraft lands, we plug it into electricity, and give it a bit more juice. And then it goes on to its next mission.” He said the company has been undertaking a deep dive analysis on designing flight profiles over the course of a typical operations day, including energy requirements.

“It’s fairly manageable, and I think people will be pleasantly surprised about that.”

READ MORE: What Safety Features Should Vertiports Include?

Archer is planning an “Uber-esque” experience for its passengers—whom Anderson refers to as “guests.”

“A guest will be able to access us via an Archer app, to get to the local vertiport. We’ll take them and three other people who want to go to the same destination at the same time and get them on their way.”

Anderson envisions a security process that begins even before passengers arrive at the vertiport. A passenger vetting process will be included in the app. “We’ll be able to vet guests before they get to the vertiport, and put them through appropriate screening before they get on board the aircraft,” Anderson said.

“It won’t be like standing in line for hours on end at Heathrow. You’re coming to a vertiport, and we ought to be able to make sure people are safe and ready to go in an efficient way.”

Pilots That Greet Passengers by Name

Although the idea is still in the early planning stages, Anderson said the app could also help streamline the FAA-required safety briefing.

“I don’t see any reason why we can’t—via the app—give you a little safety training course and have guests answer a couple of questions before they get to the vertiport. So when you get to the vertiport, you’re ready to enjoy the flight and go flying, rather than watch the same passenger safety briefing for the 156th time on whatever your favorite airline is and say, ‘Why are they wasting my time telling me something they told me 156 times?’”

Thanks to passengers providing their photos through the app, pilots will be able to address each passenger by name during boarding. “So there are definitely things we can do to make this much lower friction. You know, a more pleasant experience than what people are used to doing.”

Anderson has flown the aircraft in Archer’s simulator, saying he found the eVTOL easy to operate. “It’s two sticks and the controls are quite intuitive,” he said. “People get the hang of it relatively quickly.”

Archer’s full-sized Maker prototype test article has been undergoing flight testing this summer. Long term, the company says it remains on track for FAA certification in time to enter service in 2024.

Archer is competing in an emerging market with a handful of other eVTOL developers now flying full-sized prototypes, including Uber-backed Joby Aviation (NYSE: JOBY), Germany-based Lilium, and Wisk Aero, which is largely financed by Boeing (NYSE: BA).

With an investment from United Airlines (NASDAQ: UAL), Archer envisions a possible future where passengers would fly air taxis from vertiports in neighborhoods and small towns to hub airports, where they would board traditional jetliners for long-distance travel.

READ MORE: How Much Will It Cost To Fly on eVTOL Air Taxis?

But for now, Anderson has been working hard on his first mission: standing up the operations certificate, “We’re building up work streams and rolling up our sleeves as to how we’re going to—in a very detailed and pragmatic manner—solve the major questions.”

Optimism is high. In fact, Anderson predicts that “before too long, FLYING is going to be writing a review of what it’s like to fly an Archer.”