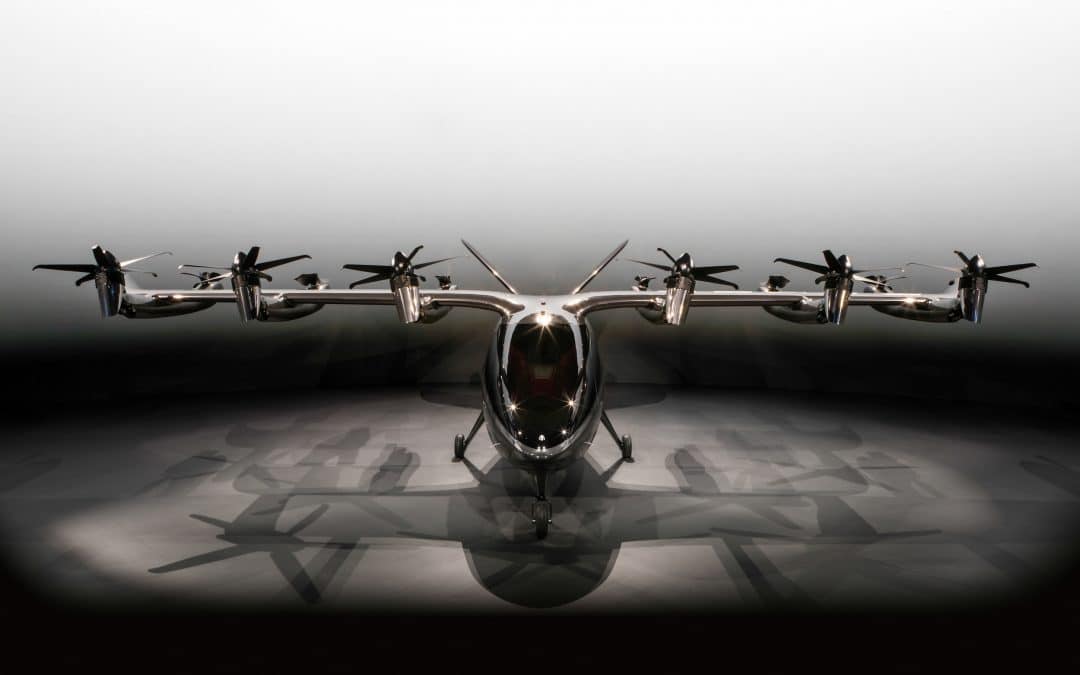 The companies said they expect travel time on the route to be less than 10 minutes in the Midnight aircraft. Travelers familiar with traversing between the city and Newark Airport know the trip can easily take more than an hour during heavy traffic periods. Archer and United said they plan to launch service on initial routes by “electrifying existing aviation infrastructure in and around the New York Metropolitan Area.”

Archer and United said the heliport, located near Battery Park on Pier 6, is the planned site from which their eVTOLS will operate. The companies said their broader plan includes developing an urban air mobility network across the New York metropolitan area.

Archer said its plan to transport passengers between Manhattan and Newark Airport marks the first time an eVTOL company has named a specific route it plans to serve. The companies said United’s hub at Newark International “is ideally located to serve Manhattan and its surrounding boroughs, as well as communities in New Jersey.”

Blade, a helicopter shuttle service, currently offers a shuttle flight between Newark and Manhattan, which it claims takes five minutes.

“We’re excited to be confirming New York as the first of many routes we’ll be announcing alongside United as we work to build out our national UAM network,” said Adam Goldstein, Archer’s founder and CEO. “We look forward to continuing our collaboration with United and to working closely with state and local government leaders in the New York and New Jersey area as we bring this exciting new form of transportation to life.”

“Once operational, electric air taxis will fundamentally change how United customers experience comfort, convenience, and efficiency during their commutes to the airport,” said Michael Leskinen, president of United Airlines Ventures. “Archer’s New York to Newark route marks another important benchmark towards providing a carbon-neutral and safe commute that drastically reduces the travel time and produces a fraction of the sound emitted by helicopters.”

Archer’s early launch routes will serve as what the company calls “trunk” routes. Once Archer establishes these primary routes, it will begin adding branch routes that will serve surrounding communities. The companies said they plan to launch the first phase of their network in 2025.

Following certification, Archer will compete in a crowded market with the likes of Joby Aviation, which recently pushed back its launch of its eVTOL services until 2025, and Wisk Aero, which has backing from Boeing. Another rival, U.K.-based Vertical Aerospace, earlier this year said it, too, expects its VX4 air taxi to enter service in 2025.

Besides certification, this new air-transport category will have to clear a number of potential hurdles, including development of vertiports, air-traffic systems and other eVTOL infrastructure, and the need for better batteries.