Are You Really Ready To Fly to Oshkosh? 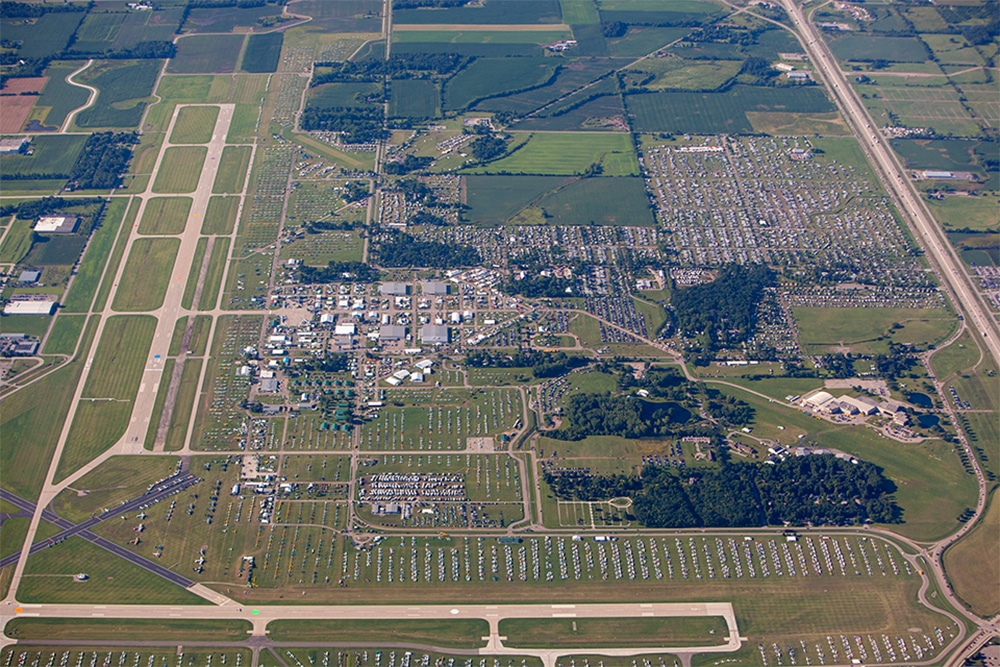 Flying to Oshkosh, Wisconsin, for EAA AirVenture is on many a pilot’s bucket list. Who doesn’t want the experience of flying yourself into the mother of all aviation events, the challenge of landing on a specific colored dot on the runway, the thrill of taxing to a camping spot, and then of course the evenings under the wing of your airplane, where you say with some satisfaction to the new friends you have made, “Yes, I flew in myself.”

Getting to AirVenture will be an exercise in planning. This isn’t one of those “point the nose and off we go” $100 hamburger flights—this trip requires careful consideration. Consider this the FAA’s PAVE model on steroids when it comes to covering the bases when you’re preflight planning.

If you are an inexperienced pilot (or just AirVenture inexperienced), try to find a pilot who has flown the trip before. Your best bet, find a pilot who would like to make the trip with you. If they cannot make the trip, buy that person a cup of coffee and ask them to talk you through the journey—they may have insights as to routing and tips for smooth execution of the flight.

Most pilots limit their air time based on fuel and bladder endurance. Legs of three hours for a total time of six hours a day in the air seem to work well for most of us. Your personal endurance may vary.

Before you launch, make sure you are proficient in the aircraft. Brush up on specialty takeoffs and landings, crosswind approaches, and go-arounds. Know how to calculate the performance of your aircraft and respect those numbers. Know the avionics suite cold—you don’t want to be the pilot who is anxiously and randomly pushing buttons in an effort to update a flight plan.

Carry water and snacks with you. Dehydration and hunger can make a person sleepy. It is particularly important to drink some water before the approach to landing, as water wakes you up and an alert pilot is a better pilot.

Make sure you are night current and proficient before you start out on the trip—there are many pilots who find themselves playing “Beat the clock,” trying to land before sundown because that last flight leg went longer than they anticipated. Intending to be on the ground by nightfall is a goal, not a guarantee.

Have at least two means for accessing a weather briefing in flight. There may be places where there is no cell or internet service, but there is a landline. Remember that “looks pretty good” is not a briefing.

Carry hard copies of the current sectionals, approach plates, etc., in addition to any electronic copies you have. Double check the expiration dates before you launch. You do not want to be the pilot who flies across the country with an expired sectional and wonders why some of the airports you intended to land at for refueling are closed.

Note all opportunities for refueling along the route. You may want to make the route a bit of a zig-zag to take advantage of refueling opportunities. Call ahead to find out if the FBO is offering discounts for Oshkosh-bound pilots, as some do. Don’t be afraid to err on the side of caution when it comes to refueling or the weather.

If you have a companion in the cockpit, assign the person a job—such as dialing in frequencies and keeping an eye out for traffic. If that person is a pilot, make sure you designate who is pilot flying and who is pilot monitoring or working the radio on each leg of the trip. As a precaution, you should both prepare by reading the Oshkosh Notice—what used to be the Oshkosh NOTAM.

Mistakes happen when we rush; for example, trying to beat the weather, get there by a certain day, etc. Build time into your travel schedule so you don’t feel this pressure.

Choose your aircraft carefully. You are going to be spending hours and hours in that airplane so make sure it is one you are comfortable in.

How you load the aircraft is also very important. You need to respect the weight and balance numbers for the aircraft and understand how a heavier aircraft impacts the performance numbers. Remember those performance values were written when it was a new airplane with a test pilot at the controls. You may want to be more conservative.

Pro tip: Many pilots make arrangements to ship clothes and some of their camping supplies to Oshkosh ahead of time. Others carry the bare minimum and shop at the Walmart or Target across the street from the convention grounds to get what they need.

Select the route with both aircraft and pilot performance in mind. The route your buddy takes in his pressurized, turbocharged Cessna P210—with its impressive climbing capability that gets him over the mountains with ease—will likely not work for you in the Piper J-3.

Don’t underestimate the need for supplemental oxygen—although the regulations state that the minimum flight crew needs to be on supplemental oxygen at 12,500 after 30 minutes, most pilots experience hypoxia much sooner—sometimes as low as 6,000 feet—so be prepared.

Be weather conservative—this is why you made a note of every airport along your route, so if something comes up, you can get down safely.

READ MORE: Camping at EAA AirVenture Is Like Living in an ‘Aviation Bubble’

Be cautious about density altitude—the performance numbers listed in the aircraft’s POH are often much different than what a pilot experiences in the real world—be prepared to abort the takeoff.

Realize that AirVenture proudly boasts of being the busiest airspace in the world during the convention  and with good reason—keep your head on a swivel, eyes outside, and rock those wings when advised.

Manage your expectations. If you are delayed and told to wait outside the airspace because there are a gazillion aircraft ahead of you, do it without argument. It will become part of your story when you are sitting around the campfire.

If you end up landing at an airport outside Oshkosh and have to hitch a ride in, that becomes your story. This is Oshkosh, friend, getting there is a big part of the fun.

The post Are You Really Ready To Fly to Oshkosh? appeared first on FLYING Magazine.