Arkansas’ Valley Airport: Like a Summer Camp for Adults 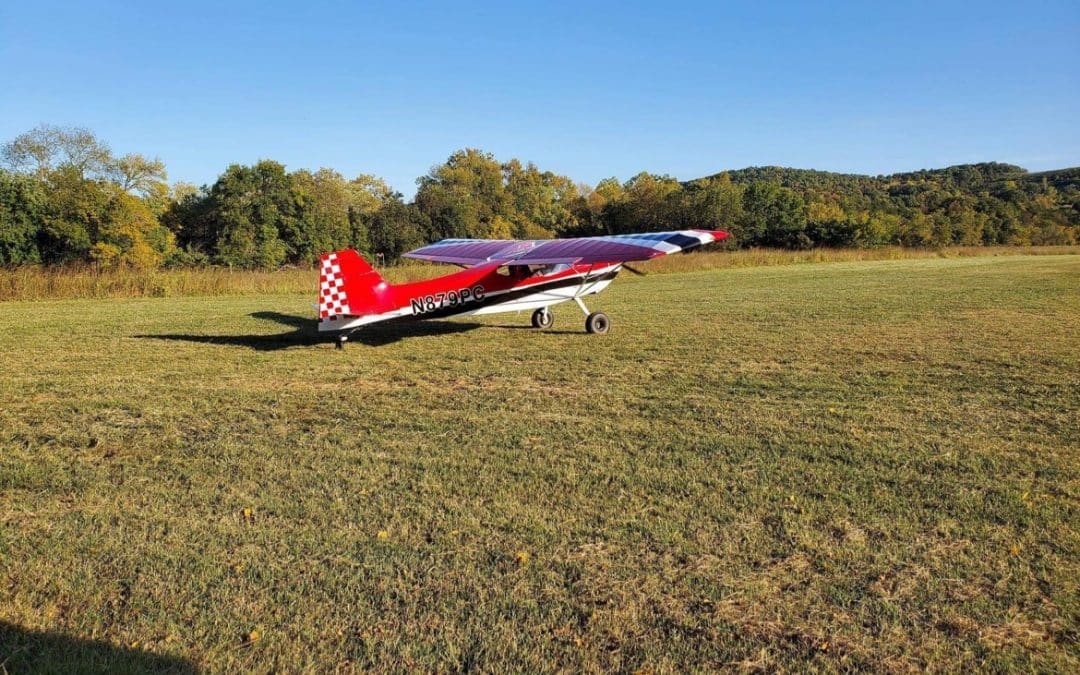 Ralph Hoetger, a resident of The Valley Airport (61AR) in Cotter, Arkansas, started flying initially as a hobby and as a way to fill his free time. His newfound passion came later in life, when he was nearing retirement from his career with a national STEM education organization.

“I was working in Virginia at the time, working for a company out of California. I came back home for a weekend and my wife said, ‘I don’t know if I should tell you this, because Stewart (my son) didn’t really want you to know.’ Well now you have to tell me, I said. ‘He’s taking pilots lessons,’ and I [said], now I can live vicariously through him,” Hoetger recalled.

“I called him up. We were talking and I said, I wish that I would have done the same when younger. Then he asked why I don’t do it now, because I don’t act old, sound old, or move old. But since I wasn’t doing anything in the evenings out in Virginia, I decided to go to the local airport and take an introductory lesson.”

Hoetger, however, found a way that general aviation could be used as a way to benefit his life in ways outside of recreation.

“I did a ton of flying and came back to California for work. Two years after earning my pilot’s license, Catalina Airport (KAVX) made a mandate, since they were tearing up the runway, that you could only land on the taxiway if you had a commercial license or better. [Since I routinely traveled there for work], I went to my boss and told him that I think I’m retiring. I didn’t want to start the commute again—and I can’t land at the airport because I don’t have my commercial certificate.”

Fortunately, though, his boss allowed him to pursue his commercial rating and he continued his aerial commute for several more years. The COVID-19 pandemic indicated when it was the right time for Hoetger to retire from his full-time profession. As a result, Hoetger and his wife decided to leave California. After some discussion, the next chapter in their life involved moving halfway across the country.

“I retired June 1st of 2021, and moved to Arkansas [on] June 14. The way that we found this particular airpark is we have no relatives or friends out here, we just kind of did it cold turkey. We had started shopping for something that was south of the Mason-Dixon Line, that way we knew it would be nice during the summers and not bitter cold during the winters. I stumbled across the owner-seller of the particular house and property we bought at the airpark. We came out here in January of 2021 and spent a few days. My wife loved it and I did too because I don’t have to drive 40 minutes to get to the airport; the runways (asphalt and grass) are within a stone’s throw of my backyard.”

It wasn’t but a few weeks after moving to the northern Arkansas fly-in community that Hoetger thought that a different type of aircraft would better fit his new mission, which is entirely focused on leisure and backcountry flying.

“I had a Grumman Tiger and learned that’s not the airplane to have back here. So, in July of 2021, I talked my wife into letting me go find an inexpensive taildragger. I landed on a Champ and spent about 150 hours in it. I realized, though, that it got me into a lot of the backcountry strips here, but not all of the ones that I want. And for some reason, sandbars are the siren for me. I just hear them calling my name. I ended up shopping around and got the Rans S-20 [that could perform better off-airport].”

Now, with the correct airplane for his post-retirement mission, he expects to enjoy more of the unique aviation atmosphere that Arkansas has to offer. And he is able to experience unique airstrips with friends from the airpark, who host fly-outs to airstrips in the immediate area.

“A bunch of the guys have kind of organized here in The Valley. We take off a couple nights a week and hit all five of the strips right around here, which is a lot of fun. We have about six grass strips, all within about 10 minutes of my house here at the airpark. There is Roller Field (no FAA identifier), which is about a 3-mile flight from here and is private. Thunder Ridge (45AR) is close by and is a fun off-camber, sloped grass strip that’s private. There is also Pine Mountain (6AR9), which is also close by and private. So, those are some of our favorites. There are also a couple of shorter—900 feet long or so—strips that I haven’t yet gotten to the proficiency level yet in the Rans to fly into.”

Another popular nearby destination for the group routinely hosts aviators from Arkansas and beyond.

“We live right on the White River, which is a big trout fishing river here in the U.S. There are resorts all up and down the river and the airpark is right in the middle of all of them. Gaston’s White River Resort (3M0), has a grass strip and was established in the 1950s. That is about a 3-minute flight from here. So, either we come back after hitting those strips, or stop at Gaston’s for a glass of iced tea before we come home.”

As with this popular fly-in destination just a few miles north, The Valley Airport is also water-adjacent. Although he admits he isn’t much of a fisherman, Hoetger and some friends from California recently tested the surrounding trout-plentiful waters.

“Most guys at the airpark not only have planes, they also have boats. My friends and I jumped into one of my neighbors’ boats and in about a two-hour span, we caught about 15 or 20 rainbow, spotted, and brown trout. We have a boat ramp at the airpark, so it’s conducive to flying, fishing, and hunting, which you can do right across the street. So, I feel like I’m in an adult summer camp all the time.”