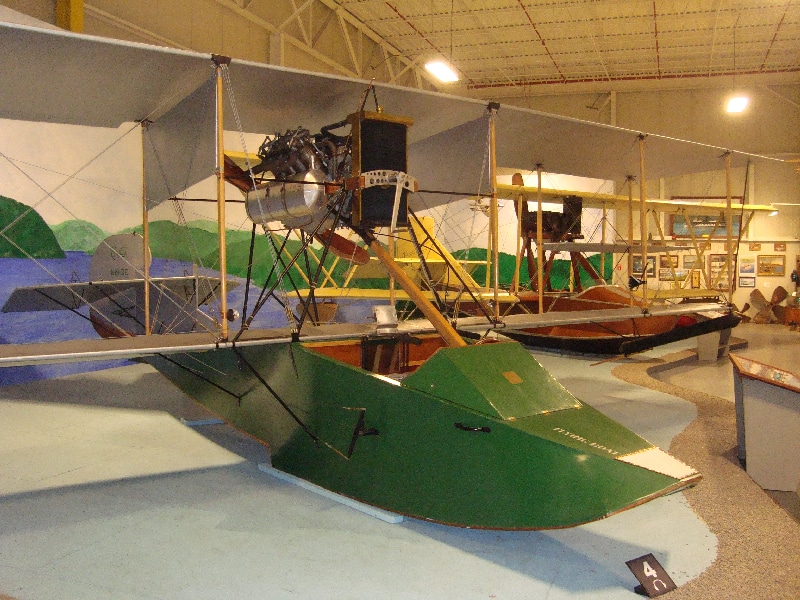 Arthur Hugo Wilder, of Penn Yan, New York, passed away Feb. 18, having spent three decades leading the restoration team at the Glenn H. Curtiss Museum in Curtiss’s native Hammondsport. Wilder’s engineering talents, masterful hands-on skills, and fierce determination led to the scratch-built construction of a remarkable string of flying Curtiss aircraft. The museum’s OX-5-powered fleet includes airworthy examples of the U.S. Navy’s first airplane, the single-seat A1 Triad, right up to the twin-engine seaplane America, which Glenn Curtiss built in 1912 to cross the Atlantic. The looming threat of European conflict scotched that plan, but the airplane saw service as a submarine spotter for the Royal Navy during the first world war.

The Wilder team also constructed a 1913 Model E Flying Boat (pictured, with accompanying in-flight video courtesy of Ron King, RMK Films), and the Albany Flyer, which Curtiss flew from Albany to New York City in 1910. Wilder and crew also built exquisite static displays of Curtiss’s Jenny and Robin. Wilder’s most recent project involved the rebuild of a Curtiss P-40N Warhawk, pulled from a Florida bog after having suffered a midair during wartime training. Wilder and company pieced the fuselage and engine back together, rebuilt the wings, and have cycled the reconstructed landing gear.

Glenn Curtiss’s development work—Alexander Graham Bell was an early collaborator— took place on the south shore of Keuka Lake. Curtiss is credited with the development of the seaplane, the aileron, and other principal flight controls, plus the JN, or “Jenny,” which trained thousands of aviation-minded Americans. After spirited competition with the Wright brothers in the ‘teens and early twenties, Curtiss combined with Wright interests in 1929 to create the Curtiss-Wright Corporation. In the run-up to World War II, Curtiss is credited with the P-40, made famous by Claire Chenault’s Flying Tigers, and the C-46 Commando transport.

“The Wright Brothers were all about the wing,” Wilder once said. “But Curtiss was all about the engine and the controls. He really perfected the flying machines we know today.”

Wilder was known to scour the Smithsonian for any scrap of information or plan he could use to piece together his airplanes, often reverse engineering parts and assemblies to make things work in proper historical context.

“You can really get into the heads of the people who were inventing these machines,” Wilder said.

Art Wilder was a master scavenger of old technical drawings that helped get his replicas into the air.

Wilder was born in Pittsburgh, Pennsylvania, on July 31, 1930, and received a Bachelor of Science in engineering from Cornell University in 1952. He served in the United States Air Force from 1952 to 1956, and developed a love of aviation through military work assignments aboard the B-17, B-24, B-29 and B-36. After military service, he undertook a multi-decade career as an engineer for Corning Glass Works.

Art also leaves a legion of great friends at the Curtiss Aviation Museum. Together they really made things fly.