Ask FLYING: Do I Need To Learn How To Refuel My Airplane? 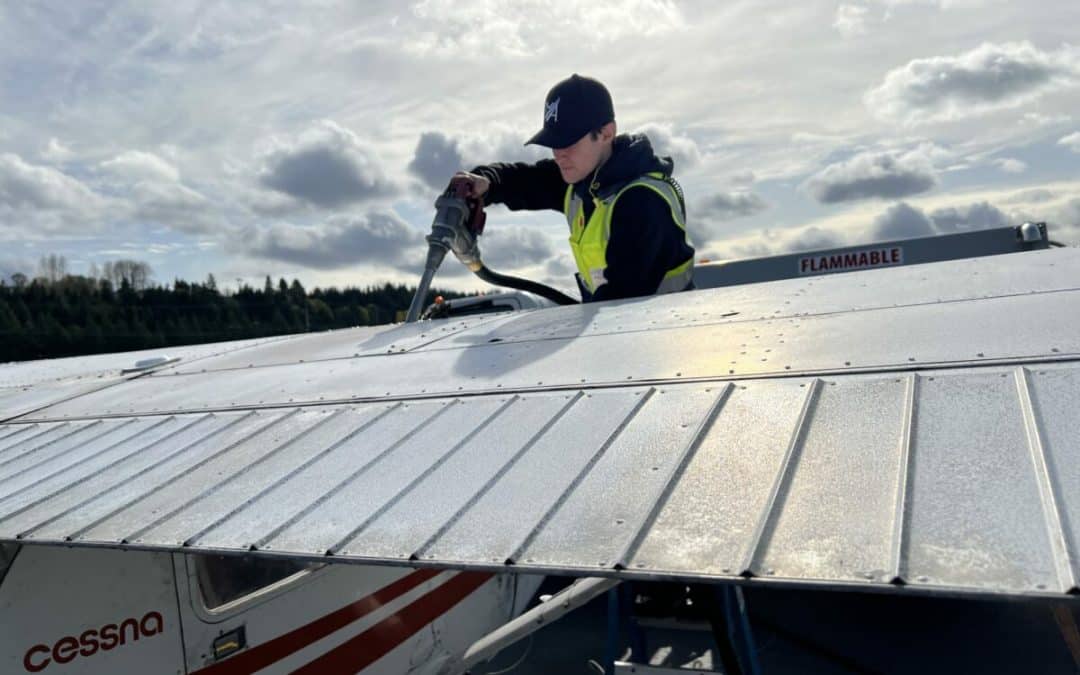 Question: I have been renting aircraft for years from an FBO that has recently become very busy. I was surprised when the FBO told me that I would have to refuel the airplane I had rented because it had just come back from a flight. They handed me a company credit card so it wasn’t the cost that bothered me—it’s that I have been flying for years but never have refueled an airplane before. Is this something new and something I should know how to do?

Knowing how to refuel an aircraft is an important skill for any pilot to have, so much so that it is included in the syllabus under the heading of “servicing aircraft.” Self-serve fuel has been around for decades, but if you have been flying in a place that uses line service, it is not surprising that you haven’t had the opportunity to learn how to do it.

There are steps to take in a particular order when self-fueling an aircraft.

1. Bring the aircraft to the fuel pump; be careful about wingtips colliding with poles or the pump frame. It’s often a good idea to walk the airplane using a tow bar.

2. Make sure you are using the correct fuel. There are placards on the fuel pumps, and there should be on the aircraft as well.

3. Attach the grounding cable to an unpainted surface of the airplane. Usually the grounding is made with an alligator-style clip. This is done to dissipate any static charge. Make sure the cable is not so taut that it could detach during the operation.

Attach a static line to an unpainted surface of the aircraft. [Courtesy: Meg Godlewski]

4. If you are refueling a high-wing airplane, use a ladder placed next to the wing rather than the strut steps because hauling the fuel hose up the wing can throw you off balance.

Pro-tip: before you start refueling, use the pipette to determine how many gallons of fuel remain in each tank. Unlike automobile fuel stations, some aircraft fuel stations do not have an automatic shut off feature. Also, it’s less expensive to put in a set amount for fuel required when you use a credit card; for example, 16 gallons—8 on each side—as opposed to the “Fill up” option, as this can automatically ding your card for prepayment in the neighborhood of several hundred dollars.

5. Take the fuel hose out of the holster and walk to the side of the aircraft that is the farthest from the pump. Do not put the nozzle on the ground if it can be avoided, to prevent the transfer of dirt into the fuel tank.

6.  Go to the credit card kiosk and follow the prompts to get the fuel flowing. When you get the “Pump Ready” message, go back to the pump, flip the lever, and begin the operation.

Pro-tip: don’t allow the fuel hose or nozzle to bang against the airplane as you refuel.

7. When fueling is complete, be sure to re-attach the fuel caps, then repeat the process for the other tank(s), if applicable.

8. At the end of the fueling process, shut off the fuel pump, carefully replace the hose, put the ladder back if you used it, remove and replace the static line, then go to the kiosk and get your receipt.

9. Since most fuel contamination happens during the refueling process, if you are heading back out, gently rock the wings to allow any contamination to move to the lowest point of the tank (where the sump is), give it a few minutes to settle, and then sump the fuel just like you do during preflight.

READ MORE: Ask FLYING: How Can I Get a Special VFR?

The post Ask <i>FLYING</i>: Do I Need To Learn How To Refuel My Airplane? appeared first on FLYING Magazine.