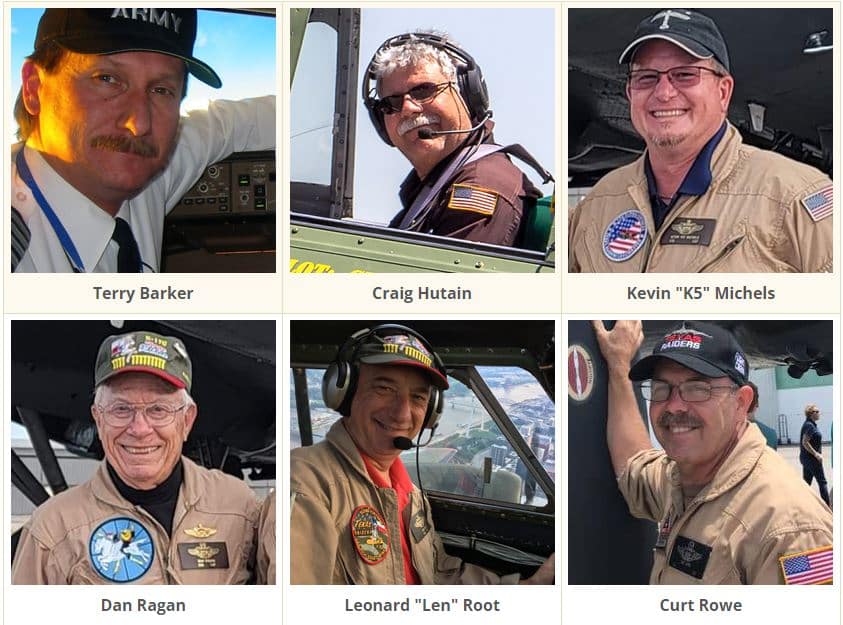 The aviation community is drawing together following a deadly midair collision Saturday at the Wings Over Dallas airshow that left six pilots and crew members dead. The International Council of Air Shows (ICAS) Foundation in association with the Commemorative Air Force (CAF) is accepting financial donations for the families of the six men killed in the accident.

“People want to do something with their grief,” said Leah Block, CAF vice president of marketing. “The CAF is a tight-knit community and we’re family.”

According to Block, she’s been fielding lots of requests from the public who want to do something to help the families of Terry Barker, Dan Ragan, Leonard “Len” Root, Curt Rowe, and Kevin “K5” Michels, who were aboard the B-17G, and Craig Hutain, who was the pilot of the Bell P-63F.

The ICAS Foundation, a 501(c)(3) organization, has more experience with support collections such as this, Block said, as they have provided places for outpouring of support when other performers have “gone west,” a term used in the aviation community when a pilot dies.

“We thought it best that they take the lead.” she said, adding that the families had to approve the fundraiser before it became active.

H2: How to Donate

Donations may be made through the ICAS Foundation, which may be found here.

Select “Donation in honor or memory of an individual”

Enter “CAF” as the “Name of Memorialized”

According to a statement from the ICAS Foundation, “100 percent of the money collected through this effort will be provided to the families as emergency funding, with all received funds being split equally amongst those families impacted.”

Immediately following the accident, the National Transportation Safety Board (NTSB) launched an investigation into the midair collision between the B-17G Texas Raiders and Bell P-63F. As of Tuesday, wreckage of the P-63F had been recovered and moved to a secure location, however rain had hampered the recovery of the B-17G wreckage.

During a press conference Monday, an NTSB official noted that an electronic flight display from the B-17G and GPS unit from the P-63F were recovered. Although both devices were damaged,  they were sent to a laboratory in Washington, D.C., to be analyzed.

The NTSB anticipates the preliminary report on the accident to be released in four to six weeks.