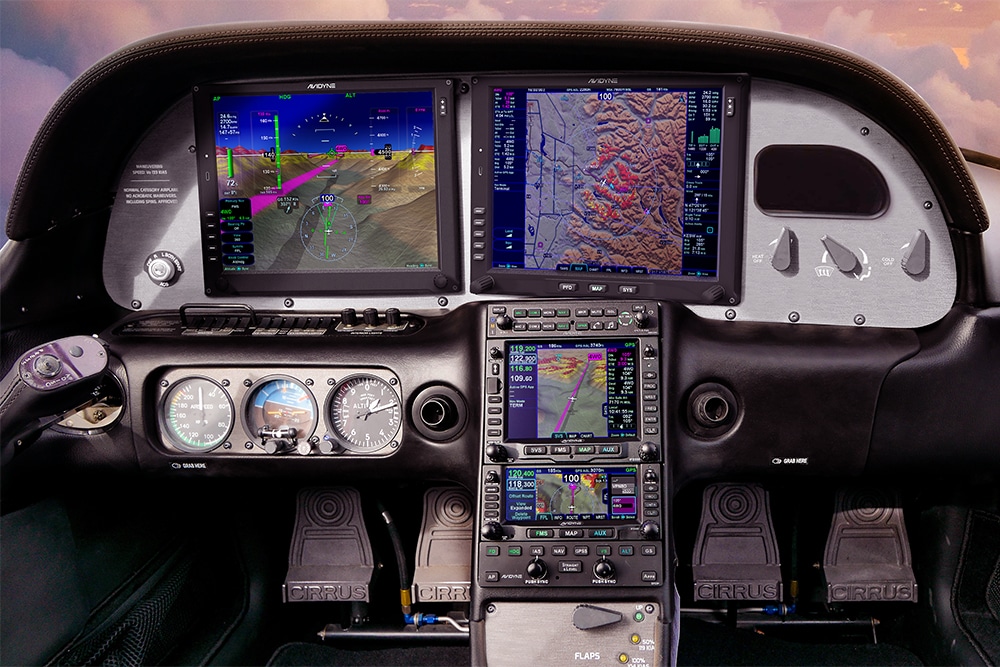 Avidyne’s Dan Schwinn has been flying a lot over the past couple of years, testing new equipment and features on various products created by the avionics manufacturer he founded in 1994. From his perch leading the company, Schwinn has observed the market forces at work in recent months, in terms of supply chain and ongoing pandemic woes, which he addressed in a press briefing at EAA AirVenture at Oshkosh, Wisconsin.

“Even the biggest avionics manufacturers are small consumers of electronic components,” said Schwinn, and what happened over the past year had a serious impact. “The very large users of silicone—primarily cell phones, and computers and so forth—ended up using a lot of it, all of the capacity that’s available. So smaller companies ended up not being able to get our allocations. We’re having to go find supply on the spot market for components.”

Schwinn added, “So what you see in this industry…is companies that have had to basically stock up their products. We decided we would try to absolutely maintain product availability across our product lines, and the way that we did that was by stocking up on components…and it worked.

“The challenge has been that we have our product that’s frequently installed with another manufacturer’s product,” and those items have gone out of stock from time to time. “This has made it really difficult on our dealers.”

Schwinn said, “The avionics dealer base is under quite a bit of stress.”. A lot of the dealers have lost technicians to the airlines and other operators, and have subsequently reduced their bandwidth or gone out of business.

“The most important thing that I would say is that, in general, it appears that most of this stuff is on its way down,” in terms of COVID and supply-chain related problems. Though Schwinn reported that the company only suffered a relatively minor outbreak last year, within the last six months, the team has seen far more of its members take sick leave. “If a key person is out for a couple of weeks, it has an impact.”

Schwinn also walked through the recent software update to its IFD integrated GPS and VHF navigation and communications systems—though the release itself Schwinn admitted took a bit longer to deliver than planned. Avidyne submitted for the TSO in May, and received it in early July, with the expectation that it could begin shipping after next week.

With the update, certified TAWS became an option, along with a visual approach capability that Schwinn related he found useful in recent flights in his Cessna 206 into unfamiliar airports with restrictive approaches.

Schwinn submitted the supplemental type certificate (STC) in December with the FAA, with a provision for concurrent validation with the European Union Aviation Safety Agency (EASA). “Normally when you do a validation, you certify with authority number 1, then toss it over to authority number 2, and say, ‘validate this.’ We didn’t want to have a situation where the FAA and EASA end up with two different ways to certify a neural network.” Because their project is “interesting,” the agencies agreed to give input that Avidyne would integrate for the single application.

The Vantage flight deck program continues in development for Cirrus SR series aircraft originally equipped with the company’s Entegra primary flight display. The new dual-display system features 12-inch screens that Avidyne was able to fit within the Cirrus instrument panel under the glareshield as it was originally positioned. Schwinn has been impressed with the change: “Boy, these things are big!” in comparison to the standard equipment.

With 4,000 Cirrus SRs in the field, it’s a good market, but the intention is to expand the program to other aircraft once the initial Vantage is approved.