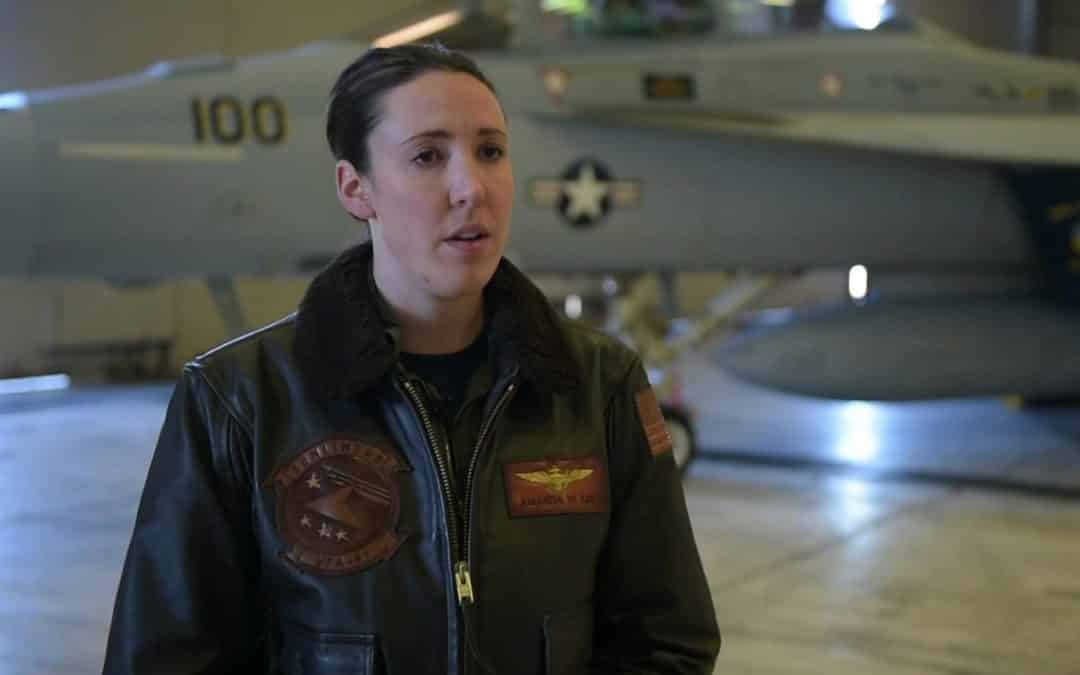 For the first time in its nearly 80-year history, the U.S. Navy’s Blue Angels aerial demonstration team will have a woman in the cockpit as a fighter jet flight demonstration pilot.

The Navy announced that Lt. Amanda Lee, a F/A-18E/F demonstration pilot currently assigned to the “Gladiators” of Strike Fighter Squadron (VFA) 106 based at Naval Air Station Oceana in Virginia Beach, Virginia, had been selected to join the Blue Angels team for the 2023 season.

In the past 55 years, “hundreds of women have served with the Blue Angels,” according to the Navy. In 2015, for example, Marine Corps Maj. Katie Cook flew the Blue Angel’s “Fat Albert” C-130J Super Hercules transport aircraft, but she wasn’t a demonstration pilot, according to the Washington Post. Currently, there are 25 women serving on the team, which the Navy said represents the fleet average of about 20 percent female manning.

Lee joins the 2023 team with the selected roster, including:

The lineup of elite aviation officers from the Navy and Marine Corps was selected after extensive interviews, which concluded at Naval Air Station Pensacola, Florida, during the first week of July. In September, the new team members will report to the squadron for a two-month turnover before beginning a five-month training program at NAS Pensacola and Naval Air Facility El Centro, California.

“We had an overwhelming number of applicants from all over the globe this year,” Capt. Brian Kesselring, commanding officer and flight leader of the Blue Angels, said in a statement. “We look forward to training our fantastic new team members, passing on the torch, and watching the incredible things this team will accomplish in 2023.”

Join Lt. Cmdr. Jim Cox, Blue Angel #4 and Slot Pilot, as he explains the Diamond 360 maneuver in this week’s Debrief!

History Nothing New For Lee

It’s not the first time Lee has made history as a Navy pilot. In 2019, Lee was selected to fly in the service’s first ever all-female flyover as part of the funeral service for retired Navy Captain Rosemary Mariner.

Mariner made history as among the first group of women to earn flight wings in the Navy in 1974.

“Capt. Mariner really was the starting point of female aviation,” Lee said at the time of the flyover, crediting Mariner with breaking down gender barrier doors. “She’s one of the first eight original female pilots allowed in the Naval pipeline,” Aviation Geek Club reported.

Making aircraft perform incredible feats in the sky has been the hallmark of the Blue Angels flight demonstration team since its 1946 inception by the Navy to raise public interest in naval aviation. Since that time, the team has featured nine fighters: the F6F Hellcat, F8F Bearcat, F9F-2 Panther, F9F-8 Cougar, F11F-1 Tiger, F-4J Phantom II, A-4F Skyhawk, F/A-18 Hornet and the F/A-18 Super Hornet.

Seventy-six years after their first performance, the Blue Angels continue to draw huge crowds. Each year, the team, which was named in honor of the Blue Angel nightclub popular in New York City in 1946, performs for an estimated 11 million spectators.

Among the most popular spectacles performed by the Blue Angels is the Diamond 360 maneuver, where the fighter aircraft fly as close as 18 inches. During the Sneak Pass maneuver, aircraft fly as fast as 700 mph and as low as 50 feet.

The roster of military pilots who have flown for the Blue Angels since 1946 include 260 demonstration pilots and 37 commanding officers.