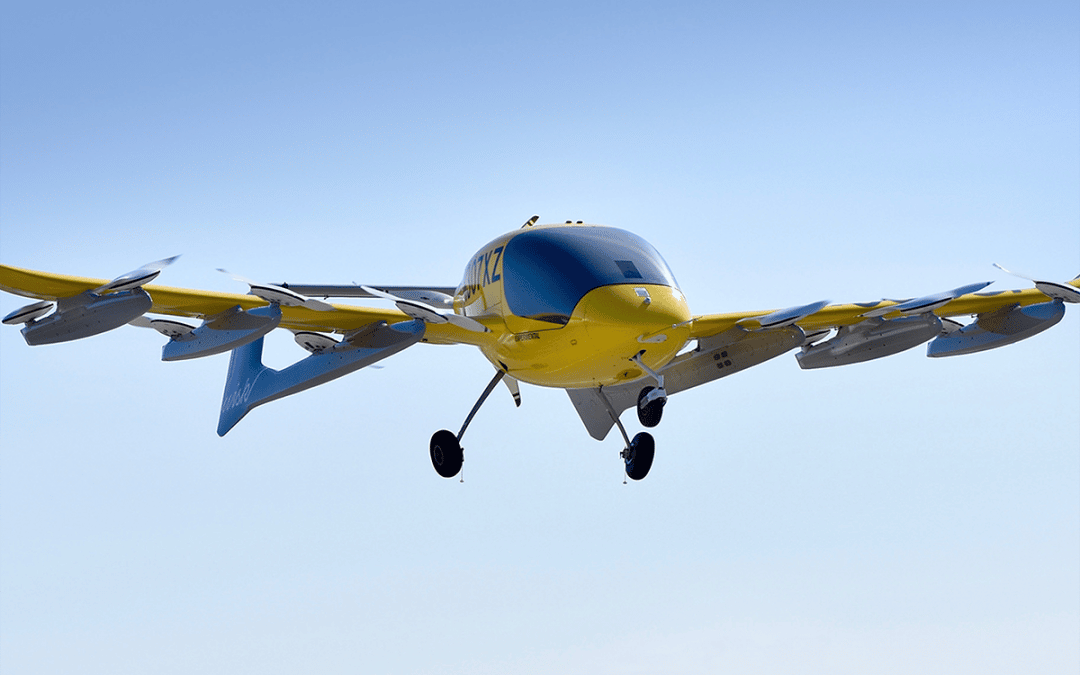 The 64-page document represents the next step in Wisk’s plan to move ahead of its competitors by launching service with automated air taxis, operated by “multi-vehicle supervisors” (MVS) on the ground. Wisk’s competitors, including Archer Aviation (NYSE: ACHR) and Joby Aviation (NYSE: JOBY), intend to fly passengers initially using on-board pilots, before eventually transitioning to an automated platform. Wisk, Archer, Joby, and others are flight testing full-size prototypes of their eVTOLs. Both Archer and Joby have said they expect to achieve FAA certification in time to enter service in 2024.

Investors and leaders across the air taxi industry believe scalability is the key to unlocking the economic potential of this entirely new form of air transportation, which aims to provide short, on-demand, emission-free flights above urban traffic gridlock. Operating fleets of self-flying aircraft supervised by a human in the loop is seen by many as critical to successful and profitable scaled operations.

Although Wisk has been planning to operate self-flying air taxis for quite some time, the topic continues to spark lively discussions on social media.

“While autonomy does well at the routine, repetitive and sometimes boring tasks, it cannot replace that unique, human ability to do extraordinary things in an emergency that a person has never been taught, learnt or programmed to do like “the landing on the Hudson” or Qantas Flight 72 or the Lion Air pilots on a [Boeing] 737 Max the day before the [Boeing] 737 Max tragedy,” writes techno-economics consultant Gary Vermaack on LinkedIn. “The remote supervisor will help somewhat, but lacks not only the situational awareness of an onboard pilot and also like the pilot of the Navy drone downed by the Iranians, may not have enough time to react.”

Virtually No Mention of Noise

“It’s an amazingly comprehensive conops document to help bring the industry forward,” said longtime eVTOL engineering pioneer Mark Moore, formerly at NASA and Uber Elevate and now CEO at Whisper Aero. “But it has a major oversight. It fails to address noise and community acceptance. None of these vertiports happen unless the communities sign off on them. It’s not up to the FAA. It’s not up to the industry, it is literally the communities that have to agree to have these vertiports inserted into their communities. And especially in terms of the noise—the major acceptance criteria—you don’t have a transportation system for eVTOL.”

In a Wisk white paper from 2021, the company claims “the lower environmental and noise impact of eVTOL aircraft” offers “the potential to provide even closer connectivity between the airport and its surrounding communities.”

Key elements of the Boeing/Wisk report include:

a roadmap to integrate self-flying UAM into the U.S. national airspace system and an aggressive timeframe aiming “to create a pathway forward for more equitable access to mobility across socioeconomic levels by the end of the decade.”

a call to action for new flight rules.

a goal of boosting stakeholder engagement and convergence by key aviation stakeholders across manufacturing, standards organizations, testing agencies, trade associations, lawmakers, and regulatory entities, including the FAA, EASA, CAA, and others.

Wisk and Boeing make it clear they support making “safe and affordable urban flight available for everyone.”

“The important work we’re sharing today provides a stepping stone in the advancement of UAM in the U.S. and the world,” said Wisk CEO Gary Gysin in a news release. “The vision we have outlined is the result of many years of collaboration with Boeing, the FAA, NASA and key industry stakeholders. As a result, this document offers the most comprehensive framework proposed to date with a vision for enabling UAM in the national airspace.”

The paper specifically addresses what it calls a “critical element to safely scaling up the tempo of UAM flight operations—enhanced automation and a shift in how we define the role of pilots.”

Instead of individual pilots, Wisk intends to use a person on the ground who monitors multiple aircraft simultaneously in a role it calls “multi-vehicle supervisor,” working inside facilities called Fleet Operations Centers

“The ground facilities will provide not only the usual airline fleet operations management and flight dispatch functions, but also some essential functions currently performed by onboard pilots that will be allocated by design to automation and personnel on the ground” the report says.

Operations will be conducted during both day and night under visual and instrument meteorological conditions, according to the white paper. “Third-party service providers will provide ground-based solutions to replace key functions that are currently provided by onboard pilots.”

The aircraft will be designed to automatically take off and land.

The air taxis will be equipped with hazard detection and avoidance technology aimed at quickly and effectively identifying operational hazards including traffic, weather, terrain, and obstacles, according to the report. The aircraft will “autonomically execute avoidance maneuvers if appropriate.”

Interestingly, the paper states that “supervisory oversight and intervention will be possible but will not be required. UAM aircraft will be operated in accordance with applicable collision avoidance, remain well clear, and right-of-way regulations.”

The paper details alternative landing sites “in case an event forces a precautionary or emergency landing before they reach their destination vertiport.”

Three types of alternative landing sites are listed, including diversion vertiports, secure emergency landing zones (ELZ) that offer requirements for safe approach and landing, and non-secure ELZs, sites that have been determined safe for landing with minimal disruption, such as golf courses.

The paper specifies that UAM aircraft will depart from, operate in, and land in G-, E-, D-, C-, and B-class airspace.

The report encourages the use of dedicated UAM routes. “Although dedicated UAM routes and airspace will not be required, their use would contribute to operational efficiency gains and would reduce ATC interventions to resolve traffic conflicts.” the paper says. “By design, UAM routes will not interfere with other published routes and airspaces and thus will provide some procedural separation.”

Together with Boeing, we’re releasing a roadmap for transitioning to a future where automated and uncrewed aircraft can safely carry passengers and cargo in urban and suburban areas.

READ MORE: What Will Self-Flying Air Taxi Vertiports Look Like?

Wisk—a privately held company backed by Google co-founder Larry Page—was formed in 2019. But its roots date back to 2010, when it started as Zee Aero, before merging with Kitty Hawk and then spinning off into its current company. Wisk is expected to reveal its sixth-generation eVTOL soon.

Eventually, Wisk says it plans to operate an automated air taxi service as a 14 CFR Part 135 airline, flying nearly 14 million annual flights and transporting 40 million passengers per year across 20 cities—all with zero emissions. Wisk says its fleet will be the largest in the industry.

Wisk has revealed very little about its timeframe expectations for entering service, saying the answer to that question is largely out of its hands, dependent on decisions of the FAA and other industry regulators.