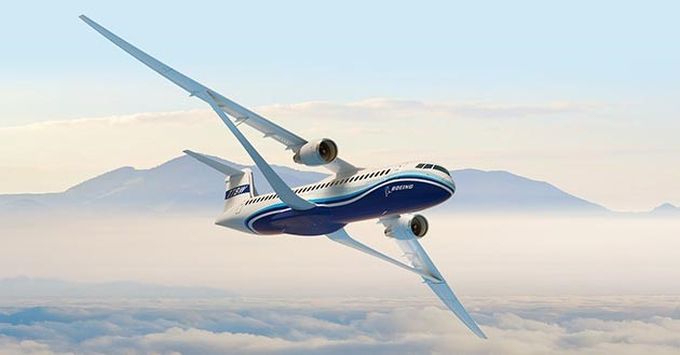 Boeing attracted almost half a billion dollars in government research money this week with two projects that challenge contemporary aircraft design. NASA announced it will cover $425 million of the $725 million cost of building a full-scale prototype single-aisle airlines with strut-supported glider-like wings. Boeing and its partners will pay the balance. The projection is that the “transonic truss-braced wing” demonstrator will use 30 percent fuel than a conventional single-aisle airliner. If all goes well, the planes could be in service in a decade or so.

Boeing’s Aurora Flight Sciences is getting $42.4 million from the Defense Advanced Research Projects Agency (DARPA) to build a full-scale fighter-sized plane that has no moveable control services. Instead, the Control of Revolutionary Aircraft with Novel Effectors (CRANE) prototype will navigate the three axes by using strategically aimed jets of air into the slipstream flowing over the aircraft surface. This “active flow control” has the potential to reduce drag and weight but DARPA is likely also interested in the implication for stealth designs. DARPA is covering the whole cost of the project.