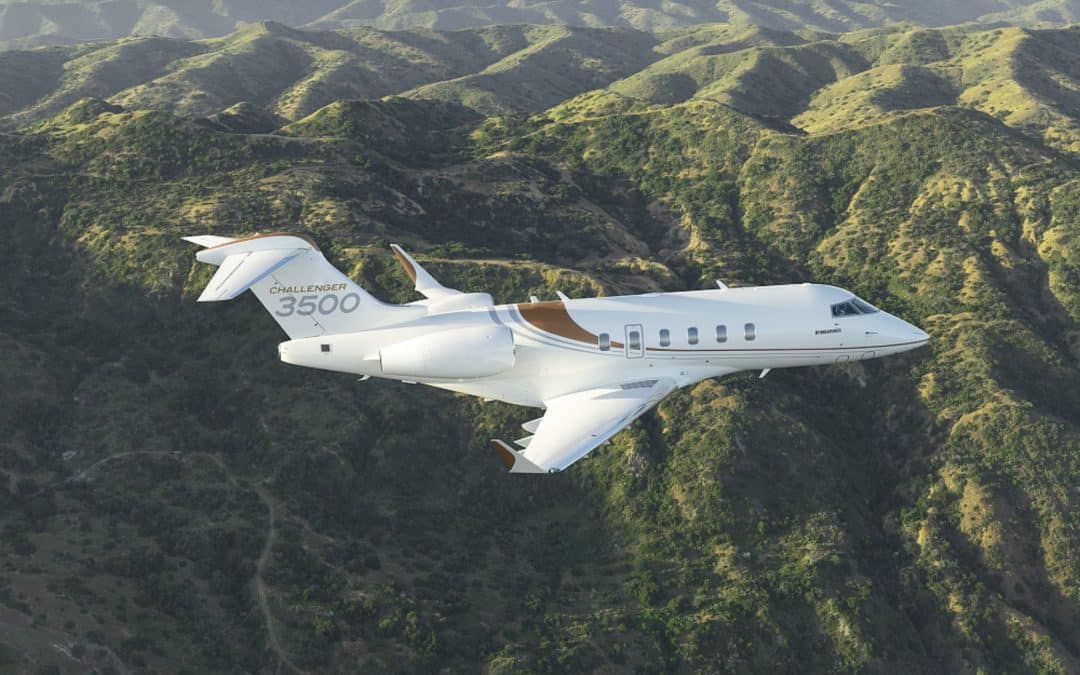 In its announcement Tuesday, the Montreal-based company said Goldberg will be able to take ownership of the new super mid-size aircraft later this year. List price: $26.7 million.

Bombardier’s Challenger family has been the best-selling super mid-size platform for the past seven years. [Courtesy: Bombardier]

The Challenger 3500 is the latest iteration of Bombardier’s Challenger brand and is designed to incorporate other amenities from the Global aircraft’s lineage, according to Bombardier. Its flight deck includes a standard-equipped auto-throttle system and offers the most baseline features in its class.

Éric Martel, President, and CEO of Bombardier, called the Challenger 3500 the “right aircraft for today” and said, “customers are impressed by the aircraft’s elevated experience, from the comfort and sustainability of its cabin to cost efficiency to reliability. Our teams have done an amazing job delivering this aircraft to market in less than a year since its launch.”

‘Hit All the Right Notes’

Aircraft will be on static display at NBAA 2022 in Orlando, Florida as it begins demonstration operations. [Courtesy: Bombardier]

Goldberg, who previously owned a Challenger 350, said in a statement that the manufacturer “hit all the right notes in creating a next-generation aircraft” and that he was proud that his company was part of Bombardier’s evolution of the Challenger line.

For Bombardier, the Challenger line has been lucrative. The platform has been the best-selling super mid-size platform for the past seven years.

“With every passing month of airport and flight schedule disruption, business [aviation] travel becomes a more appealing option,” Martel said in second-quarter earnings call with investors. Bombardier expects to deliver more than 120 aircraft for all of 2022.