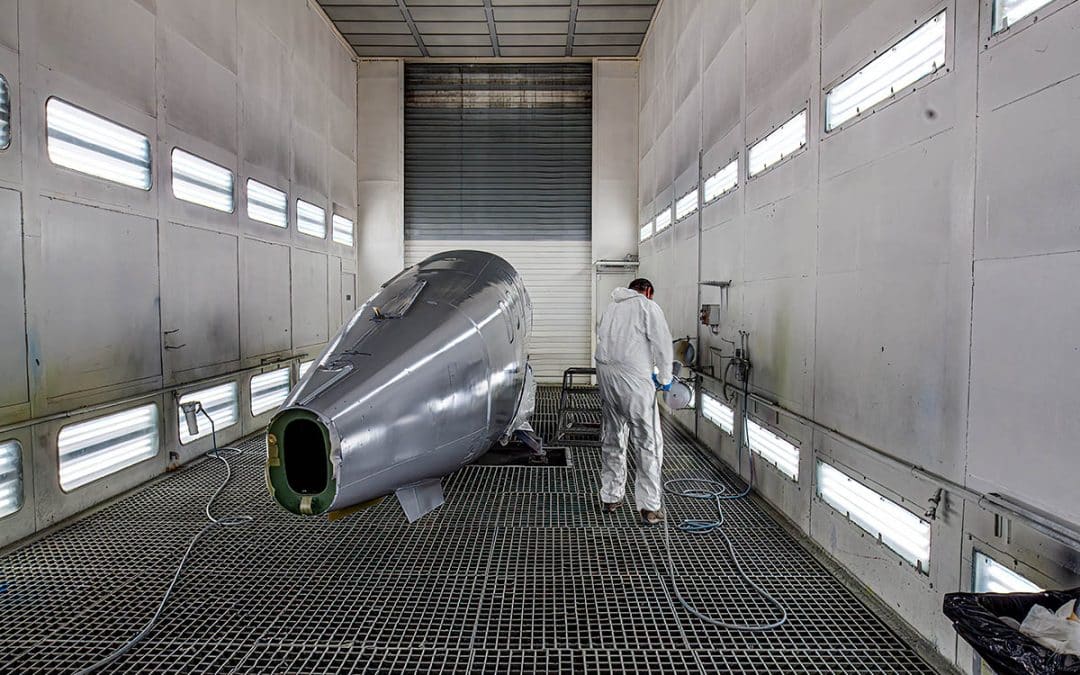 Just three years after the Wright brothers’ Flyer took a trip over the sands of the Kill Devil Hills, Alberto Santos-Dumont made his longest public flight stretching more than 700 feet from a field near Paris, France, in 1906. Just five years later, the precursor to Daher—the company that would one day build the TBM 960/910 single-engine turboprops capable of deftly spanning an ocean—was born.

A Tradition of Flexibility

Daher’s roots go back to 1911, when pilot Léon Morane, his brother Robert, and engineer Raymond Saulnier founded its predecessor company, Morane-Saulnier, in northern France. What would become Daher started under the shadows of both the Pyrénées mountains and the darkening skies of German aggression in 1938, at the plant situated between Tarbes and Lourdes. Tarbes was home to roughly 35,000 people around the start of World War II, much like today. The provincial capital of the Bigorre region in the Haute-Pyrénées department, it lies close to the current aerospace hub of Toulouse.

Perhaps Tarbes was not an obvious candidate for an aircraft factory in the late 1930s, but its location—distant from Paris and tucked into a quiet corner of the country—made it an ideal place for the company to survive the war to come. Philippe De Segovia speaks of documents unearthed in the last 10 years pointing to the involvement of Office of Strategic Services (OSS) operatives who helped the company hold up a facade of cooperation—and kept it fabricating aircraft (such as the M.S.406 fighter) through the war. “This is entirely based on the testimonials of those who survived,” de Segovia says, “since very little written record was left.”

Daher Enters, Then the Kodiak

The current era began when EADS sold a controlling interest in EADS SOCATA to Daher, a transaction completed in January 2009 that created Daher-SOCATA. Daher, an industrial conglomerate based in Marseille, France, had accumulated expertise in industrial production through previous acquisitions that dovetailed with its growing experience in the aerospace sector. Daher will mark its 160th anniversary in 2023.

In 2019, Daher announced it would expand its line of single-engine turboprops—the TBM line that had its heritage starting with the Mooney 301—with the acquisition of Quest Aircraft Company’s assets. The target? The Kodiak 100, built in Sandpoint, Idaho. Daher now spans the Atlantic with a footprint in both the U.S. and France. In early 2022, Daher took on another U.S.-based manufacturing facility with the purchase of Triumph Group’s aerostructures and assembly business based in Stuart, Florida. Daher also operates a structures plant in Nogales, Mexico, and a sales and maintenance center in Pompano Beach, Florida.

The current parent company has turned the previous top-down management style around 180 degrees. CEO Didier Kayat oversees Daher in total, with Nicolas Chabbert serving as managing director of the aircraft business unit overall, as well as CEO of Daher Aircraft and Kodiak Aircraft. It is Daher’s corporate philosophy that each business unit leader embrace an entrepreneurial spirit—and take risks and responsibility accordingly. “[The] entrepreneur style is a part of Daher culture,” de Segovia says. “It was brought when SOCATA was merged in 2009, by Mr. Daher and his team; now, the captain in [this] function is Didier Kayat.”

The esprit de corps (and the drive to secure production line talent) flows throughout the workforce. Processes have evolved significantly over the past 85 years. Though some assemblies must still be welded, such as the joining of the exhaust stack halves—and the fuselage sees rows of rivets like its legacy predecessors—other processes transform entire blocks of aluminum to shining spar sections. Machines use a water process to precisely cut detailed parts, according to the drawing programmed into the unit’s computer. That capability—to turn a wide variety of data into aircraft parts—forms the foundation of the Daher business plan.

The construction of the TBM 910/960 follows an integrated pathway through the plant, picking up in-house parts and those from suppliers along the way. The production line segments begin as a collection of airframe parts, starting with formers for the fuselage and carrying on with those for the nose section and accessories.

The 910/960 production line has evolved though the aircraft move down the same line as before. [Credit: Stephen Yeates]

The wing spars form the central backbone of an airplane highly resistant to failure. To this end, Daher mills those on the TBMs from solid blocks of aluminum alloy and adds carry-through spars to provide additional torsional strength and rigidity.

Teams form and match the aluminum skins for the wings while others produce ribs and stringers. Meanwhile, technicians align and check the fuselage formers in smaller jigs, then transition them to a vertical jig, optimizing its location for the task at hand. Across the aisle, the nose section comes into a recognizable shape, and both sections take on their skins before coming together.

Then, the fuselage is turned back to a horizontal position for joining. The interior structure goes in to form the instrument panel: the avionics bays, the environmental and pressurization systems elements, as well as the runs for the wiring harnesses. One evolution Daher has made to its production flow is having accessories come in earlier, so that their installation doesn’t consume valuable space, time, and effort later on the line.

Next? Attaching the engine mount to the pristine titanium firewall. All of the work needed to get ready for the Pratt & Whitney PT6 variants—the PT6A-66D on the 910 and the PT6E-66XT on the 960—including pass-throughs for the power controls and accessories, comes in here. The empennage is metal bonded in the composites department. This process sees the aluminum skins stiffened by aluminum honeycomb, bonded together in an atmospherically controlled room and cured in the autoclave. The wings return on a truck to the Daher plant “green and empty,” painted with sage-colored anti-corrosion material and “empty” of any flight controls. They go to the paint booth for base paint, then return to the assembly line. Technicians attach the flight controls and other key items. Then the fuselage, empennage, cowlings, and fairings go into the paint booth for two coats of gray base paint, before the final scheme is applied.

The fuselage of a TBM 900 series prior to gaining its wings and Pratt & Whitney PT6. [Credit: Stephen Yeates]

At the same time, a separate team builds the interior, finishing the seats with the chosen leather. Once the paint is shot, the airplane comes to life with the final mating of the wings and empennage inside the completion hangar. There, technicians hang the PT6 and attach the propeller. Besides the engine, the other difference between the two models lies in the instrument panel, with either the Garmin G1000 or G3000 with touch screens going into the flight deck. After flight testing, it returns to the delivery hangar for its unveiling to a fortunate customer.