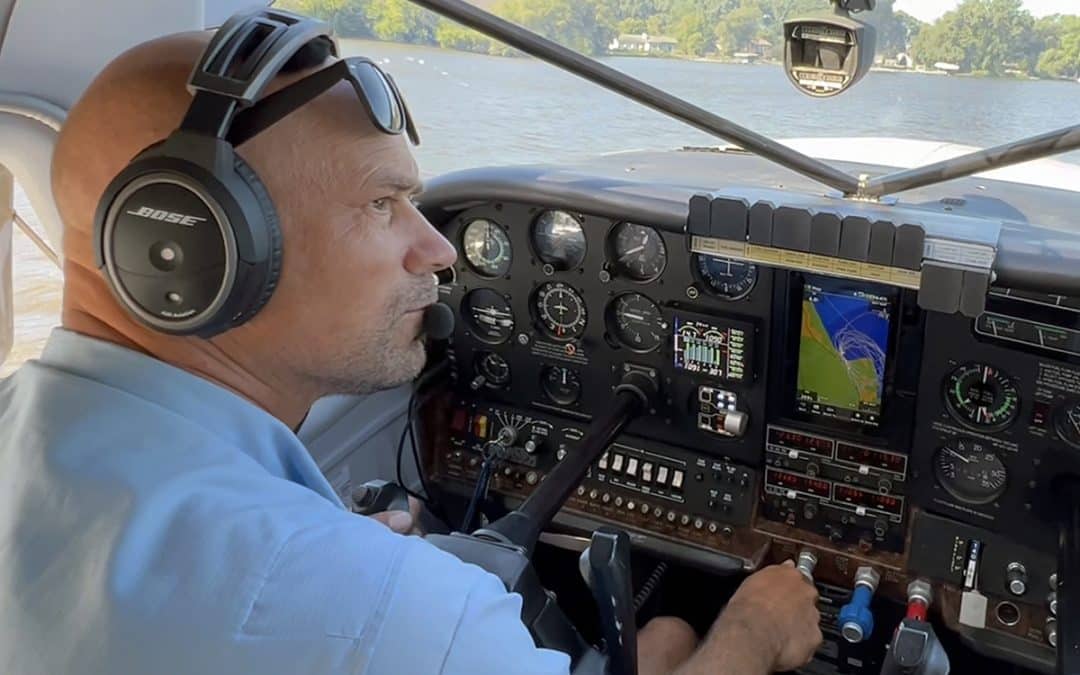 The EAA Seaplane Base on Lake Winnebago, Wisconsin, is far from the remote rainforest of Papua New Guinea, where a pilot and an airplane can mean the difference between life and death.

But that’s where FLYING found Mark Palm, CEO and co-founder of Samaritan Aviation, whose tiny fleet of Cessna 206 seaplanes and staff—including six pilots—serve as a medical and healthcare lifeline for 120 villages in the nation located north of Australia.

Palm took time during last week’s AirVenture airshow to show us Samaritan’s latest 206—a modified 1976 model— and put it through its paces on a beautiful day for seaplane flying. Soon, it will be shipped to Papua New Guinea to become Samaritan’s third aircraft.

For 13 years, Samaritan Aviation pilots have been flying emergency flights and other important missions, helping local residents who live days away from hospital by land get the treatment they need in an average of 45 minutes. Palm estimated that the Christian nonprofit has helped save thousands of lives. Typical patients need immediate care for pregnancies, snake bites, traumatic injuries, sicknesses, and other conditions.

Palm said sometimes his pilots will fly in and taxi right up to the clinic, drop off medicine, and pick up a patient. Then, the next week, pilots will find a 600-foot sandbar between them and that same place where they parked before. Along with sandbars, pilots in the region also must keep an eye out for crocodiles, fishing nets, and people in the water, amid constantly changing conditions.

Before takeoff, Palm walked us through some of the modifications on the Cessna, including new floats, new tip tanks, and a Robertson STOL Kit, which allows the ailerons to droop with the flaps during takeoff and landing. “We’ve also put on a bigger engine—an IO-550 from an IO-520—which it comes with. We added an 86-inch seaplane prop, which allows us to get off the water quickly. We put a right-hand door in it, which is a Wipaire conversion.”

We lifted off quickly from the water’s surface—experiencing a few bumps from wind gusts as we gained altitude. Bush piloting involves keeping a constant eye on fuel as well as oil pressure, and engine temperature gauges, Palm explained. “You’re always double, triple checking your fuel to make sure you can get back to civilization.”

Samaritan’s newest pilot Matt Condon said the seaplane flight training he underwent in Michigan was an intensive three-month bush flying course. “We were doing 500-foot patterns, spot landings with currents and tides,” Condon said. “You have to be able to read the water—just preparing as much as possible to get us ready for Papua New Guinea.”

“We’ve found that those who go through more intensive training specifically for bush flying have had a lot more success,” Palm said.

During our flight, Palm demonstrated a couple of smooth splash-and-go landings, before setting down near the seabase entrance, where we taxied along the shoreline to the dock and exited the aircraft.

Condon—a former police detective and combat veteran—along with his wife, Jeannine Condon, and their two children are planning to move to Papua New Guinea this fall, where she will begin serving as a respiratory therapist while he takes on piloting duties. A bonus: All pilots have an aircraft maintenance technician on hand to maintain and repair the fleet.

Palm was driven to start Samaritan Aviation and fly under these challenging conditions largely because of his aviation family and a deep, faith-based personal commitment.

“My grandpa was a World War II pilot; my uncles flew; my cousin’s a fighter pilot, and my dad was a minister, and when I was a high-schooler he ran a mission in Santa Cruz, California, for the homeless,” Palm said. “So we would feed them, clothe them, and I had a chance to see that—serving people in need at a young age.”

“I had a passion for aviation and I also had a spiritual moment in Mexico as a teenager where I felt God spoke to me and said, ‘I want you to use your passion for people and aviation to share my love in a remote part of the world.’”

‘We Could Make a Difference’

Now 47—Palm first traveled to Papua New Guinea at age 19. There he saw a remote, beautiful country where many people were dying because they didn’t have timely access to hospital care.

“Seeing the water, I started thinking, ‘Wow, if we had a seaplane, we could make a difference. We could offer access and hope to these remote communities.’ That’s really where the vision came.”

After finishing his initial flight training, Palm attended aircraft mechanic’s school and worked as an aircraft mechanic for five years. “In 2000, we incorporated and it took us 10 years—telling this story to anyone who would listen—before I moved over there with my wife and my three kids in 2010 and began serving the people in those remote communities, offering access and hope to those people.”

Along with fundraising, partnerships are key to Samaritan’s ability to continue its life saving missions. As an example, Palm said Western Skyways in Colorado has done engine work for the fleet, in exchange for the cost of parts. Samaritan has partnered with float manufacturer Aerocet as well.

“As we grow and add airplanes, funding is a big challenge for us,” Palm said. “We’d encourage anyone who would like to, to go to the website, samaritanaviation.org. We’d love to have you join the team and help us continue to grow, to do more.”