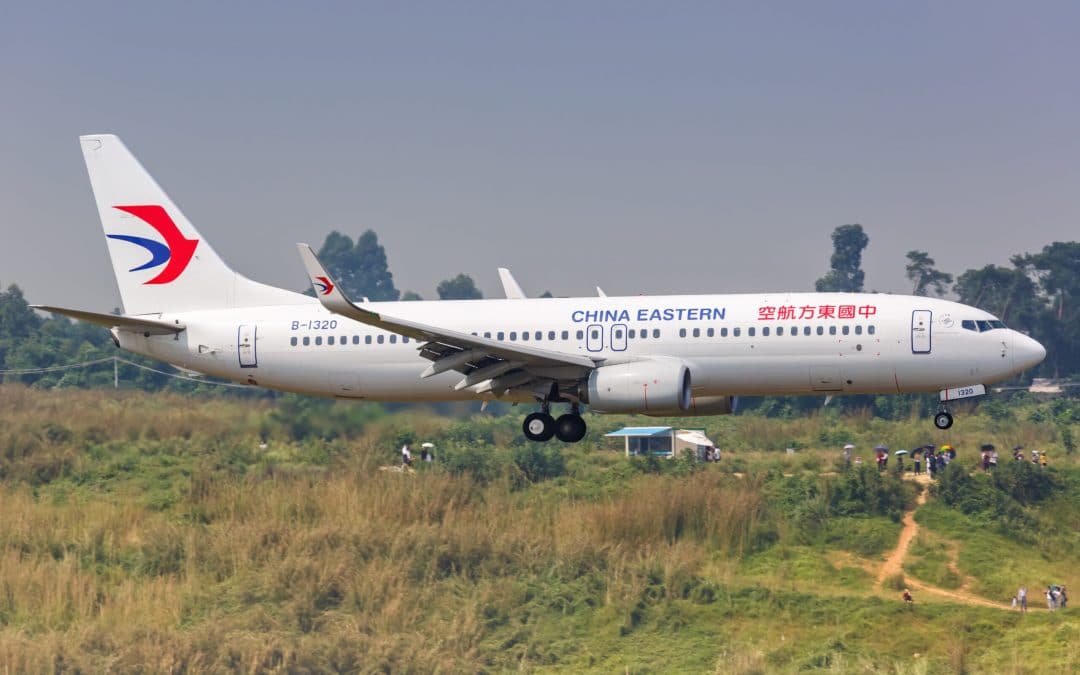 A China Eastern Boeing 737-800 went down in a rural mountainous region of Southern China on Monday.

The aircraft, which was not a Boeing 737 Max, was carrying 123 passengers and nine crew members.

Chinese state media reports there are no signs of survivors.

According to a tweet from Flightradar24, approximately one hour into the flight, the aircraft was in cruise flight at 21,900 feet when it abruptly lost altitude, entering a steep descent. The aircraft appeared to recover briefly at approximately 8,000 feet, then it reentered dive. Then the aircraft’s “ADS-B signal showed vertical speed of -31,000 feet per minute.”

Residents in the sparsely populated Guangxi region reported hearing an explosion, then seeing fire on the mountainside. The first persons to arrive on site were farmers, who reported seeing “heavily fragmented wreckage” but no remains. The crash happened around 2:20 p.m., local time. Photographs and video from the scene show flames and smoke rising from the scene.

Weather sources show the conditions at the time of the crash were partly cloudy.

Chinese officials dispatched nearly 1,000 firefighters and 100 members of a local militia on a rescue mission to the site.

China’s top leader, Xi Jinping, quickly issued a statement calling for rescuers to do their utmost and “handle the aftermath in a proper manner.”

The FAA issued a statement on Twitter saying the agency is “ready to assist in investigation efforts if asked.”

FAA STATEMENT
The FAA is aware of reports that a China Eastern Airlines Boeing 737-800 plane crashed this morning in China. The agency is ready to assist in investigation efforts if asked.

FLYING will continue to update this story as more information is made available.