Classic Aftermath: More Than He Could Handle 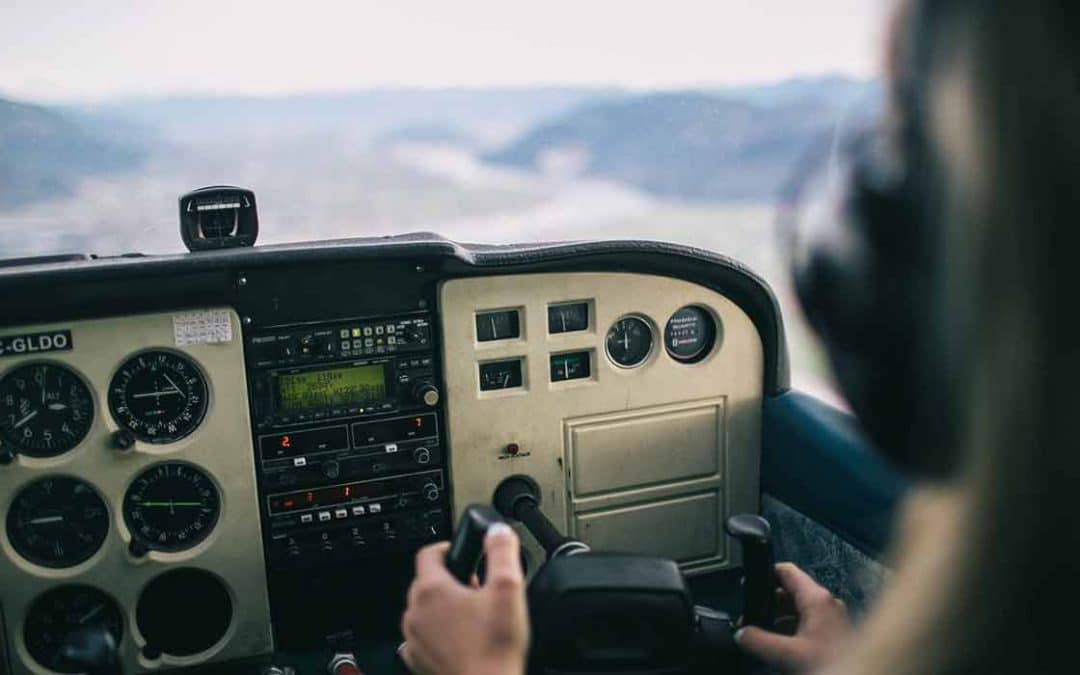 Late in August 2015, a 55-year-old Pennsylvania lawyer bought a 1981 A36 Bonanza. A private pilot with an instrument rating and around 800 hours of flight time, he had, according to a friend, “a lot” of IFR experience in a fixed-gear, fixed-pitch Piper ­Cherokee. The Bonanza, however, equipped with a Garmin 530 EFIS navigator and a flight director, was more airplane than he was used to.

He quickly obtained a “complex” checkout — six hours in flight and an hour and a half of ground instruction — from an instructor whom he knew. The instructor showed him how to set up the Garmin for IFR ­approaches, but the approaches they flew ­together were in VMC, without a hood. The instructor cautioned the pilot not to fly in actual IFR conditions until he had more experience with the airplane and its equipment.

A few days later, the pilot, accompanied by his wife, her father and a friend who owned a similarly equipped A36, flew to ­Florida to ­visit a daughter. The friend remained in Florida; on ­September 7, the others ­began the return trip north.

Just before the leg from Sarasota to Greensboro, North Carolina, the pilot filed an IFR flight plan — 190 knots at 8,000 feet must have been a gratifying change for someone used to a PA-28 — and got a telephone weather briefing. He cut the briefing short because thunderstorms were approaching and he wanted to get away before they ­arrived. The just-under-four-hour flight in VMC from Sarasota to Greensboro was uneventful. At the destination airport, ­Piedmont Triad (KGSO), however, he found an 1,100-foot overcast. The cloud layer was 1,500 feet deep.

The pilot asked the approach controller whether he should expect a visual approach. The question implies that he had seen breaks in the overcast, but the controller told him to expect the ILS to Runway 5R, and he did not demur.
Presumably, the pilot attempted to set up the Garmin unit for the approach, as he had practiced, but he must have quickly become mired in confusion. The 530 is intimidating to a novice, with 20 knobs and buttons on its face and a seeming infinity of menu choices. The pilot’s distraction was such that he had to be told three times that his runway was 5R, not 5L.

The approach controller assigned a heading of 020 to intercept the localizer. The Bonanza was then 9 miles from the initial approach fix, PAGAN intersection. About two minutes later, the pilot asked the controller, “How do you like this route of flight?” The controller took the unconventional question in stride, replying that the airplane seemed to be a little to the right of course; he amended the heading to 360, a 20-degree adjustment. Surprisingly, the pilot asked, “Turning left or ­turning right for 360?” Nonstandard phraseology and illogical questions are often the first signals that a pilot is headed for trouble.

A little later, the ­controller asked, “Are you established on the localizer?”

But the Bonanza had flown through the localizer. The pilot ­requested “vectors to final” — by which he possibly intended something like the ­virtually ­obsolete GCA (ground-controlled approach), in which the controller guides the airplane all the way to the runway. Instead, the controller canceled the ILS clearance and vectored the Bonanza back around for another try. While the controller was talking to ­another facility on a ­l­andline, the Bonanza ­pilot called again asking for vectors. His voice was “strained,” and the controller ­noticed that he was at 2,500 feet rather than the ­assigned 3,000.

Finally, the pilot said, “We need a descent; we are almost disoriented.”

The controller now realized that the pilot was in trouble. He decided to simplify matters by giving him no-gyro turns rather than vectors. He had his radar screen set to so large a scale, however, that he did not discern that the pilot was ­actually flying in circles, first to the right, then to the left. The Bonanza continued to lose altitude.

Finally, the controller told the pilot to climb and maintain 4,000 feet, above the overcast. “I’ll block altitude for you.” He thought that once in the sunshine above the clouds, the pilot would be able to collect and reorient himself.
But the Bonanza did not climb. It continued to descend, whether deliberately or inadvertently. The terrain below was relatively flat, and the airplane emerged from the clouds in one piece. But that was not to be the end of the story. Witnesses on the ground saw the airplane maneuvering erratically and banking steeply. It “looked as if it were a trick airplane practicing stunts, or else someone trying to stabilize the airplane but continuing to overcorrect …”

Surprisingly, although he was now in good VFR conditions below the overcast, the pilot never regained control. Perhaps panic or vertigo had become too extreme for him to fight his way back. The A36 stalled and spun before crashing 7 miles from KGSO, almost exactly beneath the Runway 5L ILS. No one survived.

The National Transportation Safety Board’s finding of probable cause exposes the difficulty the board sometimes has with the concept of “cause.” The cause of the accident, the NTSB says, was spatial disorientation. Certainly, this is true. But the pilot’s inflight decision-making, which put him in the position of having to make an ILS approach, against the advice of his instructor and with still-unfamiliar equipment, is not mentioned, even though the narrative strongly suggests that the pilot became disoriented, at least partly, because he was overwhelmed by his new equipment.

The NTSB criticized the FAA for failing to train controllers “to recognize and effectively respond to disorientation scenarios.” The NTSB objected that no-gyro turns in both directions may have worsened the pilot’s disorientation and was scandalized that most controllers at the facility were unfamiliar with the concept of a standard-rate turn. The exact rate at which a pilot turns during a no-gyro approach is, however, of only marginal importance to a controller.

Something to notice about this accident is how a pilot’s ability to cope deteriorates over time, to the point that he can no longer even avail himself of the seemingly elementary expedient of climbing back above the clouds in a straight line.

It is important for pilots, and particularly low-time pilots, to understand that the very stress of trying to solve a problem erodes one’s power to solve it. Unlike most other ­challenges in life, those which are encountered in airplanes may be life-threatening. In menacing circumstances, the brain seems to become blinkered, abandoning rational analysis in favor of raw impulse or, worse, total paralysis.

You may overlook the ­obvious and make unreasonable choices. You may find yourself unable to interpret the readings on your instruments. You will not perform as well as you expect, and certainly not so well as you did in the same situation on a check ride or in a simulator. This is why it is so important not to skirt risk closely, but to give it a wide berth.

A different lesson, and one of broad application in life, may also be drawn from this story. However much you love it, don’t go into the clouds with your new EFIS until you’ve really gotten to know it.

The post Classic Aftermath: More Than He Could Handle appeared first on FLYING Magazine.