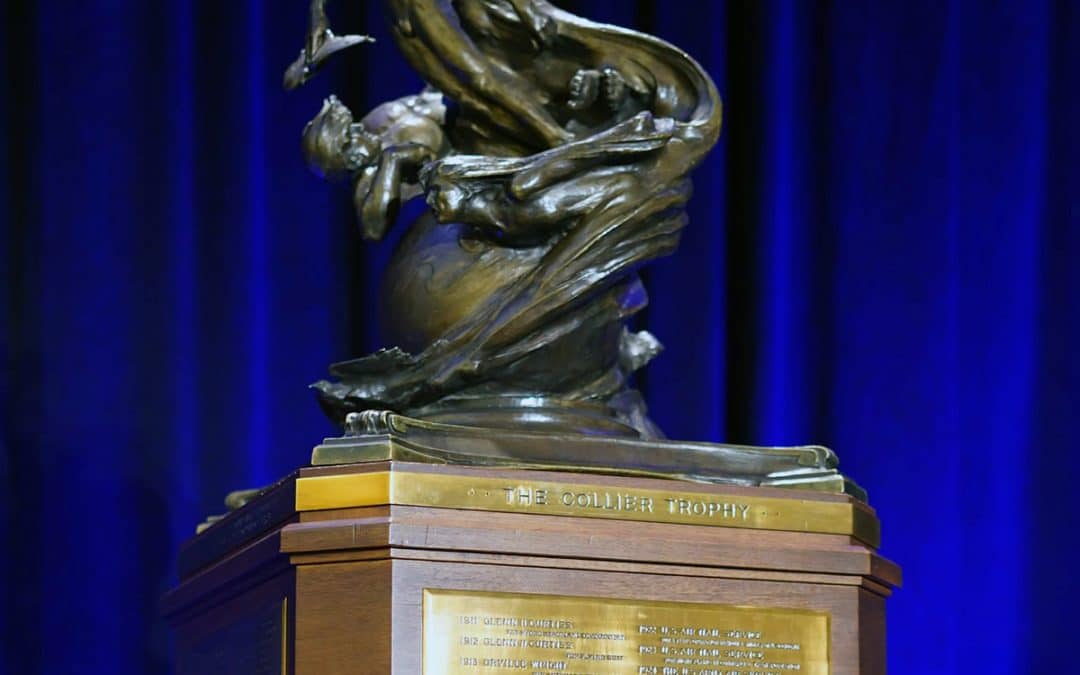 The National Aeronautic Association (NAA) honors the top achievements in aerospace over the past year with the Robert J. Collier Trophy, which is bestowed annually “… for the greatest achievement in aeronautics or astronautics in America,” according to the NAA.

The finalists for the 2021 Collier Trophy include:

Each of the nominees made their considerable impact on the aviation and/or space industries over a broad cross-section of missions. Last year’s winner, Garmin, received the award for its innovative Autoland avionics suite, installed in the Piper M600/SLS Halo, Daher TBM 940 HomeSafe, and the Cirrus Vision Jet.

“For well over a century, the Collier Trophy has recognized aviation’s greatest achievements,” said NAA president Greg Principato. “Robert Collier hoped this recognition would provide inspiration for even greater progress. The results show the success of his vision. This year’s nominees are all in the great tradition of this most prestigious award for aviation achievement and I congratulate all the finalists.”

The selection will be made by the NAA’s Collier selection committee on March 31, with the public announcement once the choice is made. The formal presentation of the award will be in Washington, D.C., on June 9.

A wide range of pilots, pioneers, and organizations have earned the highest award in aerospace over the years. The past winners of the Collier Trophy include:

Projects and programs that have been awarded the Collier include the:

The five most recent recipients of the Collier Trophy are: