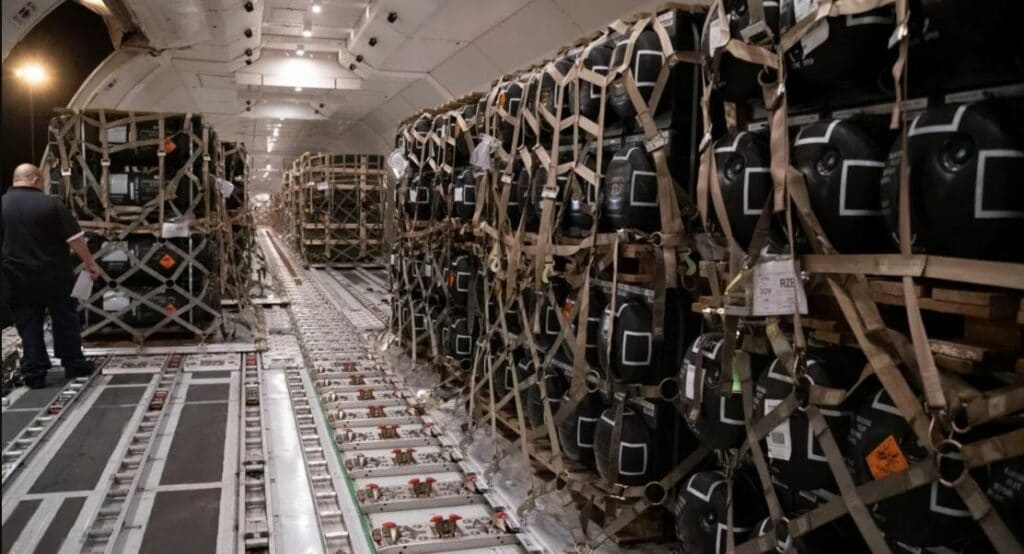 At least three commercial cargo airlines are ferrying lethal U.S. military equipment to Ukraine as part of a massive logistics operation to get weapons to front-line fighters and push back Russian invaders.

An NBC News segment over the weekend showed Atlas Air (NASDAQ: AAWW) and Kalitta Air 747 freighters flying out of Dover Air Force Base, Delaware, headed to Poland with munitions for Ukraine. The Biden administration has committed more than $3.4 billion in security assistance to Ukraine since the beginning of Russia’s invasion on Feb. 24.

Orlando, Florida-based National Airlines has also been flying 747 cargo jets with weapons and equipment since before the outbreak of hostilities in late February.

Operating under existing contracts with the Defense Department, the three all-cargo airlines are carrying ammunition for 155mm howitzers, Javelin anti-tank missiles, Stinger shoulder-fired anti aircraft systems, pistols, body armor and other equipment, according to NBC and the Pentagon.

Pallets containing ammunition, explosives and other supplies bound for Ukraine are loaded onboard an aircraft at Dover Air Force Base, Delaware, March 20, 2022. [Courtesy: U.S Air Force]

Unmarked tractor trailers are delivering explosives to Dover Air Force Base, the hub of the Ukraine resupply effort, from ammunition depots across the country.

A military officer in charge of warehouse and loading operations at Dover said on NBC’s report that  the U.S. has shipped more than 7 million pounds of material to Ukraine on more than 60 flights.

The Pentagon, Atlas Air, Kalitta Air, and National Airlines did not respond to email requests for further information.

All three airlines are part of the Civil Reserve Air Fleet, which gives participants priority for Defense business in exchange for making their fleets available for national security emergencies.