Cracking the Code for eVTOL Batteries 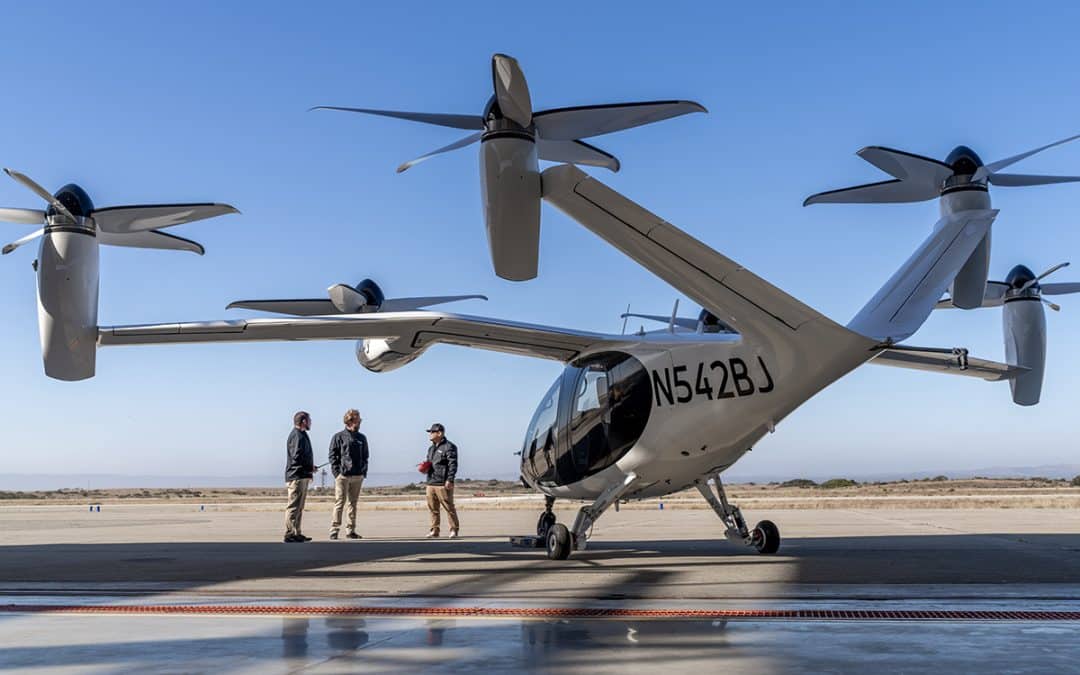 One of the keys to unlocking the potential of electric vertical takeoff and landing (eVTOL) aircraft is developing lightweight lithium-ion batteries that pack enough energy density. Ideally, an effective battery system would offer eVTOLs the required range and fast recharging time to make this entirely new form of air transport scalable as well as commercially viable.

For years, the battery industry talked about reaching a higher gravimetric energy density—a so-called “magic number” of 450 watt hours per kilogram, which some experts said would break the sector wide open and spur the emerging eVTOL industry forward.

Tao said these high energy density batteries are in late-stage development—meaning they’ve manufactured samples—but Amprius has not yet technically commercialized them. “We sample [batteries] out for people to test and validate, and to see if they’re interested in putting it into their applications,” Tao said.

For the electric sector, range is everything. A battery with greater energy density theoretically could allow eVTOLs to fly longer and farther. With longer range, an eVTOL with an intended mission to ferry cargo or passengers on short, 25-minute hops could now be used to fly between nearby cities and towns.

Developers of electric aircraft have been working hard to push the range limits of their aircraft. Last year, Joby Aviation reached a milestone, flying its S4 prototype a distance of 150 nm on a single charge, using conventional off-the-shelf EV batteries. It was an important moment for the aircraft—which demonstrated it could achieve its intended range in a flight test environment.

Beta’s website says Alia will be able to fully recharge from empty in 50 minutes. By comparison, Amprius claims it has achieved a remarkable recharge rate in its proprietary batteries: 0 percent to 80 percent in just six minutes.

Battery recharging times are another important metric that’s directly connected to the operational success of the eVTOL sector. Time is money, as they say. But also, several air taxi developers, including California’s Joby and Archer are executing vertical business models that will require large-scale operations. To effectively operate on that kind of scale, battery recharging needs to be as fast as possible, to minimize turnaround time and maximize number of flights per aircraft.

Amprius says its cutting edge battery technology has the potential to increase range and shorten turnaround times—two factors that could go a long way toward helping an unproven industry succeed in a very skeptical industry.

As you might expect, the eVTOL developers are very tight-lipped about their technology—including their battery systems. Several have told FLYING they’ve been flight testing their prototypes with off-the-shelf lithium-ion batteries designed for electric cars. However, eventually, off-the-shelf EV batteries will not be good enough, experts say. Manufacturers believe the electric aviation sector will be willing to pay higher prices for certificated, high-performance batteries that will be able to extend aircraft range and reduce turnaround times.

Amprius has its sights set on winning that market.

Already, the company has provided batteries for a high-performance, high altitude experimental drone aircraft manufactured by Airbus Defence and Space for the U.S. Army. The Airbus Zephyr flew for 64 days straight, partially thanks to its Amprius battery packs. The experimental drone ascended to more than 60,000 feet, flying over the southern U.S., the Gulf of Mexico, South America, and Arizona, before it abruptly crashed for reasons that the Army has not revealed.

“Things are different when you’re operating up in the stratosphere,” Tao said. “You have very, very different operating conditions. And it required us to be innovative, to understand how can we simulate environments up there, so that what we build translates. There are different elements that need to be considered both from the cell level and from the system level,” he said. “Airbus allowed us to take those learnings and really start to apply it to everything else aviation.”

For decades, anodes—the positive and negative poles on a rechargeable battery where electrons are released into an external circuit and where electrons are returned to the battery—have been made from less conductive carbon graphite. Scientists have long known that silicon would be a much more effective material for anodes, but because silicon has a tendency to swell when charged with lithium, it was never able to be successfully used. Swelling can lead to cracked anodes, which would make the batteries useless.

Our mission is to make the highest energy density silicon anode lithium-ion batteries in the world. Our products help enable new applications and markets that require the high-density storage capabilities that we provide: https://t.co/YSVYG0oSCL#amprius #ampriustechnologies pic.twitter.com/pDOFNo4oJu

Amprius—building on initial research at Stanford University—figured out a way to manufacture a silicon anode that resists swelling and cracking.

Now, manufacturers such as Enovix (NASDAQ: ENVX) and Sila are following the trend. They’ve developed silicon anode batteries for cell phones, wearable tech, and laptops. Sila has been applying this technology to batteries for electric cars.

Amprius is on track to go public before the end of this year through a merger with special purpose acquisition company (SPAC) Kensington Capital Acquisition Corp. IV (NYSE: KCA.S).

“The reason why we are going public is not to solicit more funds for R and D development,” Tao said. “The entire use of funds is going towards scaling our mass production solution.” He said production will take place in the U.S., perhaps in Texas or Georgia.

The merger, announced in May, puts Amprius at an implied value of $939 million, assuming no redemptions by public stockholders. Subject to approval by Kensington stockholders, gross proceeds from the merger will amount to about $430 million for Amprius, including $230 million in cash and up to $200 million in additional equity financing.

In the meantime, the company said it has been engaging in “strategic discussions” about supporting most of the major eVTOL developers that are currently flight testing full-sized prototypes.

Nonetheless, it remains to be seen whether Amprius battery technology will eventually prove itself in the eVTOL arena. “By partnering up, we can give them considerations for things such as battery performance or temperature control,” Tao said. “All of our lessons learned can be applied effectively to aviation.”

The post Cracking the Code for eVTOL Batteries appeared first on FLYING Magazine.