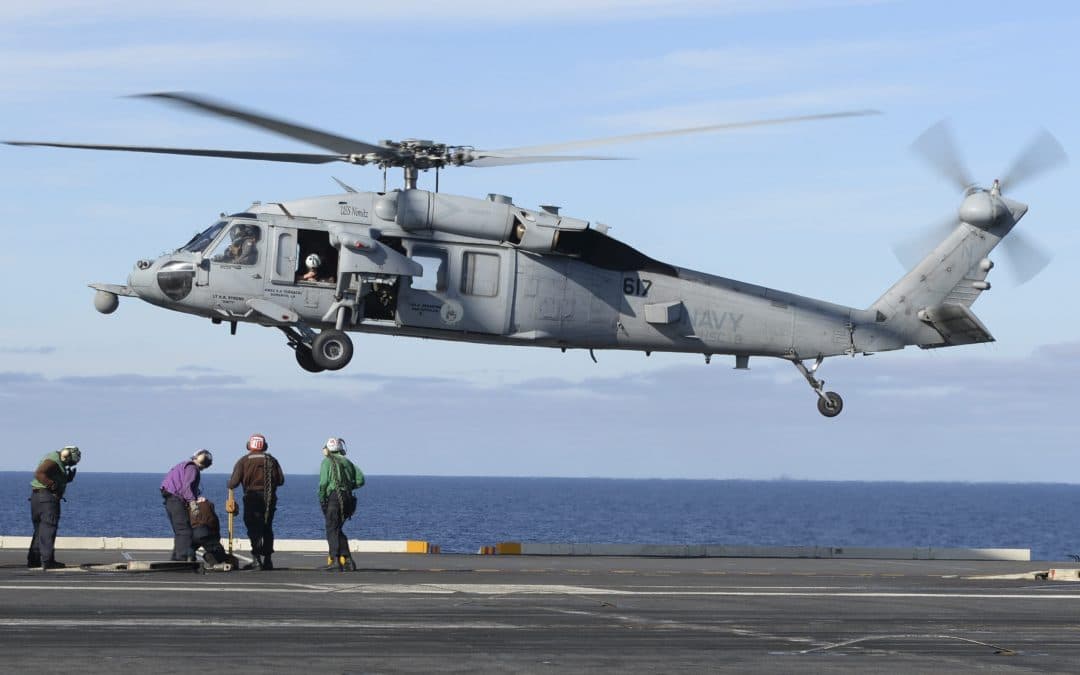 The June 9 incident occurred around 6 p.m. near El Centro, California, according to a statement released by Naval Air Force, U.S. Pacific Fleet. The location of the crash site is about 40 miles from Glamis, California the location of where a U.S. Marine Corps MV-22B crashed Wednesday, killing all five crew members onboard.

READ MORE: MV-22B Osprey Crashes With Five Marines On Board

“All four of the air crew on board survived the crash and have been safely recovered.”

The Seahawk was assigned to Helicopter Sea Combat Squadron (HSC) 3, based at Naval Air Station North Island, California. The crew was conducting a routine training flight, which had originated from Naval Air Facility El Centro.

“All four of the air crew on board survived the crash and have been safely recovered,” the Navy said. “One of the aircrew has suffered non-life threatening injuries and has been transported to a local hospital.”

The accident is the latest in a string of military aviation crashes since March, and could provoke congressional action, Defense One reported. Wednesday, the House Committee on Armed Services Subcommittee on Readiness proposed an annual reporting requirement for the Joint Safety Council and new processes to implement accident investigation recommendations as part of oversight meant to address preventable training accidents.

Wednesday, a MV-22B Osprey, which was also on a training mission, went down near Glamis around 12:25 p.m., killing all five on board. Glamis and El Centro are both located in Imperial County.

“Bullock was assigned to Strike Fighter Squadron (VFA) 113 based at Naval Air Station Lemoore, California, and was flying a routine training mission at the time before his aircraft went down in a remote, unpopulated area. No civilians were harmed as a result of this incident,” the Navy said.