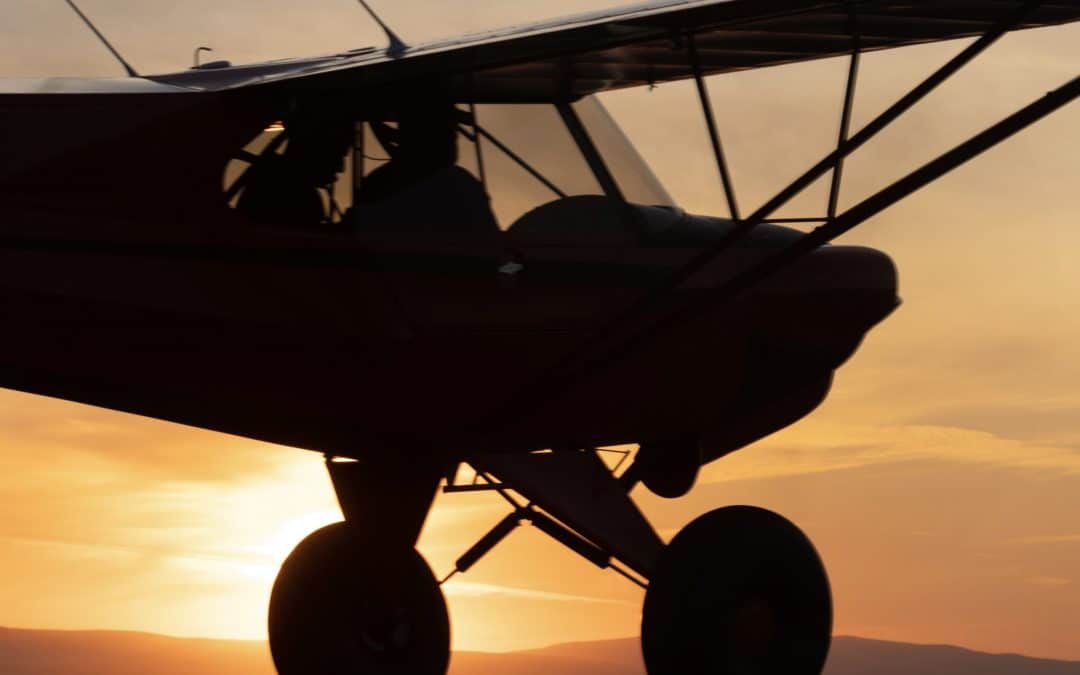 Aviation is known for many acronyms: FAA, ILS, and VFR, to name a few. Regarding business, others are just as commonplace, such as IPO, SEC, and SPAC. However, these terms can be misunderstood, and CubCrafters’ recent solicitation for investors offers an excellent opportunity to tackle this “transactional” topic.

Taking advantage of the high-profile venue at EAA AirVenture 2022 at Oshkosh, the company announced its intention to sell shares to anyone interested in helping the manufacturer reach new heights of innovation. IPO, the three magic letters for “Initial Public Offering” often heard throughout Wall Street, also began to circulate at Oshkosh. Is CubCrafters headed into IPO-land?

The buzz started to circulate after the company—which has been in business for 40 years—made an announcement to sell shares. This sparked a lot of interest from potential investors, and CubCrafters’ leadership claims its first 48 hours of taking reservations was highly successful. Thinking of IPOs may conjure up images of executives in snappy business suits ringing the morning bell at the New York Stock Exchange (NYSE). Getting there, however, takes a lot of time (and bureaucratic red tape).

IPOs are not the only ways to raise capital. Direct listings and SPACs are other common ways of doing so. In a direct listing, employees and investors sell their existing stocks to the public, while in an IPO, a company sells part of the company by issuing new stocks. We will talk about SPACs later on.

Is CubCrafters pursuing an IPO or another type of investment opportunity? According to the Securities Exchange Commission (SEC), an IPO is “the first time a company offers its shares of capital stock to the general public.” Uncle Sam also clarifies the first steps required, stating that “under federal securities laws, a company may not lawfully offer or sell shares unless the transaction has been registered with the SEC or an exemption applies.” Has CubCrafters done so? Well, the company has started its takeoff roll along the IPO runway but it hasn’t rotated just yet.

Where is CubCrafters in the Process?

The company’s aim to raise $50 million in capital can follow different IPO paths, so choosing a Regulation A+ filing with the SEC makes sense. This option allows smaller companies (like CubCrafters) in earlier stages of development to more cost-effectively raise money while following more limited disclosure requirements than what is stipulated for publicly reporting companies.

So, what regulatory “waypoints” lie ahead on CubCrafters’ financial flight plan? It’s already begun the Regulation A+ process by filing an “offering statement” (known as Form 1-A) with the SEC. We can think of this procedure using an IFR analogy, where departure routing is based on Standard Instrument Departures (SIDs). Each SID has its own charted transitions.

In the case of an SEC filing, think of Regulation A+ as a type of SID, and the available transition routes are “Tier I” and “Tier 2.” CubCrafters has “filed” (pun intended) for Tier 2. This option allows the company to offer up to $75 million per 12-month period. Since the company’s leadership is planning for a total of $50 million, that fits well within the SEC’s requirements.

Other benefits make Tier 2 the preferred routing of choice. It allows the company to publicly advertise its intentions while bypassing state-related regulatory processes. In terms of financial disclosure, two years of auditing must be in place. The SEC doesn’t guarantee the accuracy of those records, so would-be investors are always cautioned to do their homework when looking into a Tier 2 offering.

Looking at Page 16 of CubCrafters’ investment presentation offers a small glimpse into its financials. The last 20 years have seen explosive growth of $5 million to $30 million in annual revenue, with average aircraft revenue per customer doubling over the previous 10 years. These numbers are impressive, but the presentation does not provide income statements or balance sheets that offer a comprehensive financial health indicator. Comparing cash on balance sheets, expenditures and liabilities will help investors get a better idea of how much money the company already has on hand to weather financial storms and set aside for reinvestment.

Regulation A+ allows potential investors to express interest during the company’s early filing stage. In SEC parlance, this is referred to as “testing the waters,” which is communicating to the public to identify potential investors before formally launching the offering. CubCrafters has expressed this intention in the fine print of the presentation developed by Manhattan Capital.

At this point, the company has clearly stated that it’s not asking for money, simply a “Reservation of Investment,” which is non-binding for the investor. This means that stock purchases cannot yet be made, but the reservation does provide the benefit of locking in any future purchase at the issued price. The current price for this reservation period is $5 per share, with a minimum investment of $400 required.

This is a required step where the company cannot sell shares while the SEC reviews the Form 1-A offering statement. However, once the statement is declared “qualified” by Uncle Sam via a “notice of qualification,” the company will have the option to begin selling its securities under the stipulations of Regulation A+. This is mutually beneficial for Cubcrafters and potential investors since it enables the manufacturer to “test the waters” and allows interested parties to examine the company’s financials.

Some interesting trends have emerged in recent years within GA’s piston segment. Since 2006, several American manufacturers have been acquired by Chinese investors through mergers and acquisitions. A Rand report studied this trend, including several household names such as Cirrus, Enstrom, ICON, and Mooney. Even some flight training academies have followed suit.

On the other hand, U.S.-backed funding for GA projects has included massive amounts of investment cash accrued by up-and-coming players in the aeronautical landscape. Joby Aviation became the first U.S.-based eVTOL developer to go public on the NYSE. Using the trading symbol JOBY, the California-based startup’s merger with Reinvent Technology Partners reportedly gave the business a valuation of $4.5 billion. Pretty good for a relatively new kid on the aeronautical block.

Such a merger is a great example of a SPAC (special purpose acquisition company). This process involves a company without commercial operations formed strictly to raise capital through an IPO to acquire or merge with an existing company. This option wouldn’t work for CubCrafters since they already have an existing commercial operation with a long track record in the GA industry.

CubCrafters’ path to raising capital does not involve billions of dollars, SPACs, or foreign investors…so far. They have opened the door for all types of interested parties, including accredited investors, which is a classification that includes several types of legal entities and some high net worth individuals. So while a foreign-based party may like to chip-in some capital, one of the company’s selling points is its American grassroots market.

Founded in 1980 by Jim Richmond, the company prides itself on having a portfolio of U.S.-built aircraft in an ever-changing industry. CubCrafters celebrates grassroots aviation with aircraft designed for backcountry flying and the freedom to explore wherever your aircraft can go. This is not exclusive to the United States, but certainly forms a core American aeronautical pastime.

The company has captured an important market and is hungry for more. This appetite for growth was the impetus for the NXCub design, which offers a nosewheel configuration on the already Part-23-certificated XCub airframe. The manufacturer’s market research shows that 85 percent of airplane pilots fly this type of gear arrangement compared to a much smaller 15 percent flying those with tailwheels. Backcountry flying is growing, and so are the light sport (LSA), experimental, and Part 23 aircraft markets, all of which are represented by CubCrafters models.

The $50 million will be focused on infusing cash into manufacturing, research and development, infrastructure, and market expansion. As outlined here, CubCrafters’ path to this funding is via an IPO, which it has already initiated by filing an offering statement following its announcement at AirVenture. CubCrafters seems to have garnered initial interest from potential investors, but the ceremonial bell-ringing at the stock exchange will have to wait a little longer.