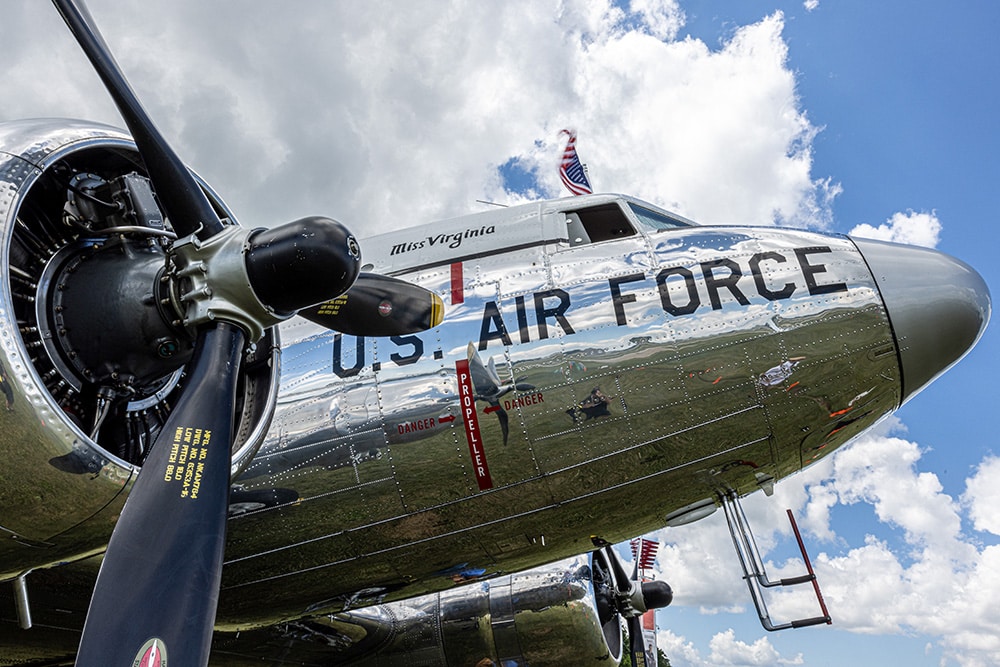 The commemoration of the 75th anniversary of the Normandy Invasion in 2019 saw a massive undertaking to honor and respect the sacrifices made by so many who served the Allied cause in World War II. A key part of that event—especially among pilots and aviation historians—was the mission of the D-Day Squadron to coordinate the flight of 15 Douglas DC-3s and variants across the North Atlantic in order to recreate the overflights and airdrops that took place along the coast of France.

The D-Day Squadron plans to return to Europe on tour in 2024, with a tribute to the role played by those aircraft and the crews that flew and supported them in World War II. The year will mark the 80th anniversary of Operation Overlord and its associated missions, as well as the 75th anniversary of the Berlin Airlift in Germany.

“We won the war because of our logistical abilities; it’s only appropriate we, as the stewards of this noble aircraft, continue to fly and maintain the very airframe that was the backbone to achieving victory.”

Eric Zipkin, director of operations and mission chief pilot for the D-Day Squadron

“Having led the DC-3’s journey to Europe in 2019, the D-Day Squadron earned a global presence that’s provided our organization to grow, multiply our DC-3 presence, and even launch the DC-3 Society where we actively aid operators and enthusiasts with maintenance, operations, airworthiness, and displays,” said Eric Zipkin, director of operations and mission chief pilot for the D-Day Squadron. “We won the war because of our logistical abilities; it’s only appropriate we, as the stewards of this noble aircraft, continue to fly and maintain the very airframe that was the backbone to achieving victory.”

The D-Day Squadron forms a nexus for the 2024 tour, helping other organizations in North America, Europe, and Southeast Asia that wish to participate. The team is also joining forces with the Commemorative Air Force (CAF) in the U.S. CAF president Hank Coates said, “We are excited to work with the D-Day Squadron on another mission to Europe. When we participated in 2019, it was wonderful to see how many people were impacted by seeing our aircraft and aircrews paying tribute to these important moments in history.”

Volunteers are coming together to form an organizational committee as well as other key tasks in the almost two years before the tour plans to launch. The DC-3 Society continues on in concert with the tour plans, supporting the Douglas DC-3 and C-47 models in maintaining airworthiness for the type and ensuring they can continue to fly in aerial displays and other events into the future.

DC-3 and World War II history enthusiasts are also encouraged to seek out the film created to document the 2019 tour, “Into Flight Once More,” produced by Sound Off Films and narrated by Gary Sinise. The film covers the reenactment of Operation Overlord and tells the stories of veterans and crews. It is streaming currently on Apple TV, YouTube, Amazon Prime, and Hulu, among other platforms.