Did Textron Get a Good Deal When It Bought Pipistrel? 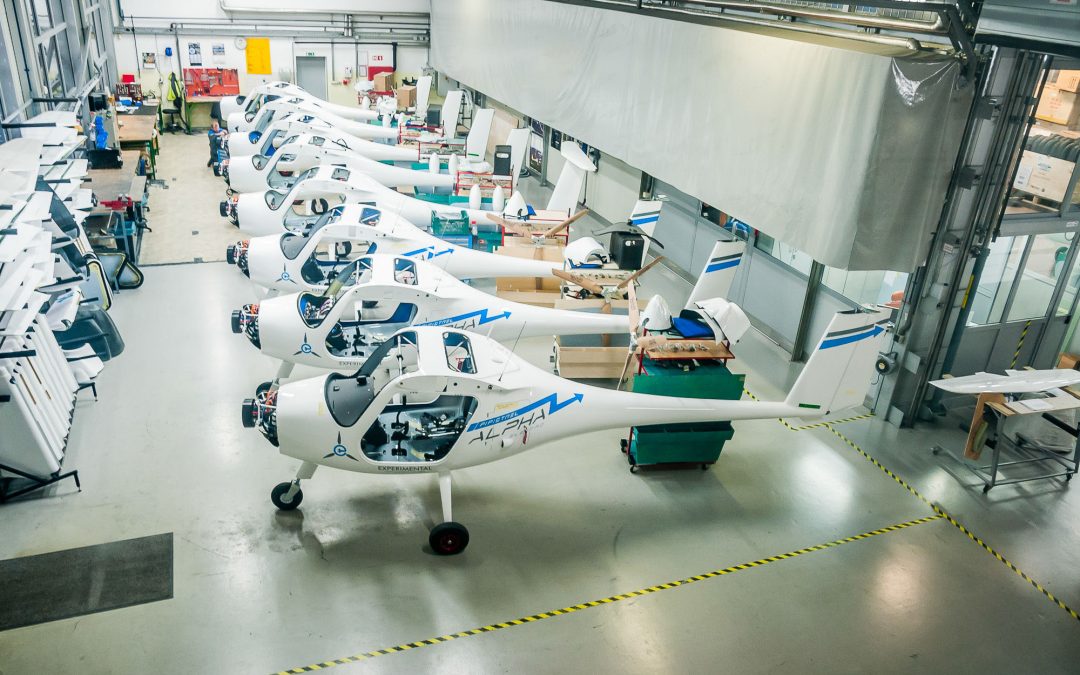 Every time I see a Tesla I wonder why aircraft manufacturers don’t seem to be putting more effort into electrifying GA. With Teslas, I frequently hear about factory-spec, four-door family sedans competitively racing against (and even beating) tricked-out, purpose-built muscle cars.

Sure, Harbour Air is flying an electric de Havilland Beaver, but that’s just one airplane. I want GA aircraft powerplants that eliminate the performance penalty we suffer at high density altitudes without the added cost and maintenance of turbochargers. I also want to completely abandon piston engines and their hundreds of moving parts in favor of much simpler electric powerplants.

On some levels, this match seems bizarre. Cessna thankfully gave up on its LSA, the 162 Skycatcher, almost a decade ago. Cessna has been happy to sell 4-seat, autopilot-equipped 172s to flight schools as primary trainers. Why would they want to sell schools the far more efficient Pipistrel Virus SW for half the price?

It seemed to me that Cessna has little interest in composites or granting customers access to a fast cross-country airplane like the Pipistrel Panthera. It bought the Lancair Columbia and turned it into the fastest certified, fixed-gear piston single on the market before abandoning it in 2018.

The information we’ve heard says Textron is excited about both promoting the Alpha Electro as a trainer and the Denali as a fast travel machine. I hope that’s true, but there’s an even bigger reason behind all this.

In its press release about the purchase, Textron openly states that this purchase is all about electric aircraft technology. This part definitely makes sense.

Pipistrel is a world leader in electric aircraft. The company followed its experimental Alpha Electro trainer with the world’s only type-certified (only in Europe) electric aircraft, the Velis Electro. It also offered the Taurus Electro, a two-place side-by-side motorglider with a 41:1 glide ratio that makes it competitive against many modern racing gliders.

The fact that Pipistrel hasn’t designed electric aircraft with hours of endurance doesn’t mean they’ve done poorly. The truth is that the company leads the world in this area.

Textron, on the other hand, has been busy with other projects for the last several years. At the very least, it has been focused on:

Even if the company wanted to get involved with electric aircraft, I doubt Textron could have spared the people or facilities for designing or building prototypes before now. In an interview with FLYING editor-in-chief Julie Boatman, Textron’s eAviation leader Rob Scholl suggested that Pipistrel’s engineers may be solving problems in ways that his own people wouldn’t have even come up with.

By purchasing Pipistrel, Textron got to skip a lot of research and development work, including finding and hiring electric aircraft experts. Skipping the grind of initial R&D to acquire the level of experience and expertise at Pipistrel is definitely a big win.

So, did Textron get a good deal?

What Exactly Did Textron Get For Their Money?

Pipistrel started their electric aircraft line with the Alpha Trainer around 2011. In the ensuing 11 years, they’ve managed to earn EASA type certification of one follow-on design, with FAA certification unlikely in the near future. (More on why in a moment.)

This means Textron essentially just bought a pass to skip 11 years on its R&D timeline. Overall, I’d say that’s a win. I don’t know of any other big name in GA announcing work on electric aircraft, though they might be keeping things secret for now. At the very least, this probably gives Textron a few years’ head start on its competitors.

Next, it’s important to consider the maturity of the technology that Textron just bought. What are Pipistrel’s top electric aircraft capable of doing?

I spoke with a Pipistrel rep at Sun ‘n Fun last year about the Taurus Electro. He said that their electric power system is good for 9,000 feet of total climb, however you want to use it. Most glider flights start with a climb of 2,000 to 3,000 feet, which would leave a pilot with a reserve of one or two solid powered climbs if they find themselves out of lift and below final glide.

Though not stellar performance, this is probably good enough for cross-country soaring.

On the other hand, the Velis Electro is intended as a primary trainer that uses the motor full-time for airplane-style flying. At this point, its endurance is a bit disappointing. They advertise 50 minutes of flight time with VFR reserves, but its EASA certification allows a reduced reserve of just 10 minutes.

Since the FAA isn’t willing to budge on a 30-minute VFR reserve (a good call in my opinion), a Velis in the United States can only fly for 20 to 24 minutes. Even for a dedicated trainer, that just isn’t enough endurance to be practical.

Pipistrel is marketing a cargo and utility drone called the Nuuva 300. While not at all a unique idea, it’s something that Textron probably wasn’t working on yet.

Finally, Pipistrel’s Panthera was always intended to have three powerplant options: traditional ICE, hybrid-electric, and fully-electric. Its website lists those last two options as only “under development.”

So, what did Textron get for their money?

11 years of R&D progressA glider that can climb for a grand total of 9,000 feetA two-seat airplane with a maximum endurance of 24 minutes, plus VFR reservesA market-ready cargo/utility droneProbably at least some work on hybrid- and full-electric powerplants for a four-place airplaneA lot of design and engineering expertise and out-of-the box thinking that will help Textron compete in the electric aviation space

What Does This Mean For Electric Aviation’s Future?

The fact that Pipistrel hasn’t designed electric aircraft with hours of endurance doesn’t mean they’ve done poorly. The truth is that the company leads the world in this area.

Sadly, no other aircraft makers seem any further along with electrifying conventional airplanes. Textron is a giant worth more than $16 billion. CAIGA bought all of Cirrus for $210 million in 2011. They may be the most prolific GA manufacturer right now, and yet that price (even adjusted for inflation) isn’t much more than the $242 million that Textron just paid to acquire Pipistrel’s limited electric aircraft progress. How could any aircraft company smaller than Textron hope to invest enough money to match Pipistrel’s achievements, let alone come up with a 4+ seat, electric, cross-country machine?

It appears that GA will need a lot of outside investment, and probably several more years to make much progress on this front. As much as I’d like to see Tesla-like performance in general aviation, I’m afraid that’s a few years off.

Although the immediate future of electric aviation looks like a bit of a lengthy slog, I think there may be a better way. If I’m right, then Textron may have missed out on an opportunity to get much more for a lot less. This opportunity might even be within the grasp of smaller GA manufacturers who want to compete with Textron’s electrification efforts.

We’ll look at this opportunity next week.

The post Did Textron Get a Good Deal When It Bought Pipistrel? appeared first on FLYING Magazine.