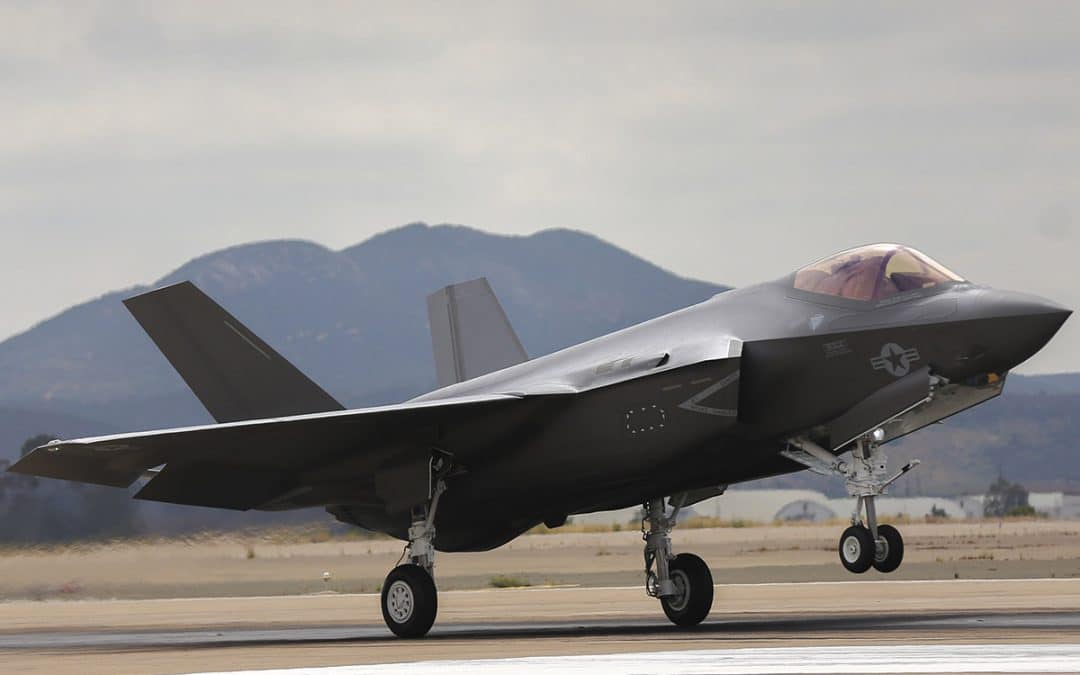 DOD will seek a national security waiver for a prohibited material that has been used in production of Lockheed Martin’s (NYSE: LMT) F-35 Lightning II following a safety and security probe, according to a program spokesperson.

The news comes days after U.S. defense officials temporarily stopped accepting deliveries of F-35 fighters after discovering parts on jets in production were made from an alloy made in China, potentially violating Pentagon acquisition policy.

“The F-35 Joint Program Office (JPO) will seek a national security waiver from the Defense Acquisition Executive to continue delivery,” JPO spokesperson Russell Goemaere confirmed to FLYING Monday. “Further investigation is underway to understand the causal factors for the non-compliance and to establish corrective action.  Flight operations for the F-35 in-service fleet are continuing as normal.”

The alloy in question was used to produce magnets that are integrated into F-35 turbomachine pumps, and an investigation “to understand the causal factors for the non-compliance and to establish corrective action,” is underway, program officials said last week.

“They’re moving pretty quickly,” William LaPlante, Under Secretary of Defense for Acquisition and Sustainment, told reporters Friday. “They’re looking at two things… impact on security, if any, and impact on air worthiness—or safety, if any. Right now, so far, it doesn’t appear to be either of them but I’m waiting for them to finish what they’re looking at and come to me,” he said.

“It’s likely, if, in fact, we find neither of those to be the case, we’ll be able to…do a waiver and do the replacements and get the production line moving again. So I’m hoping this can be resolved pretty soon,” he added.

The discovery is an example of  “supply chain illumination,” LaPlante said. “What this is becoming is—and it’s been recognized for some time—almost a real-time issue of tracking and making sure that there’s integrity in your supply chain.”

“The issue is related to a magnet on the F-35 turbomachine manufactured by Honeywell (NASDAQ: HON) that includes cobalt and samarium alloy that was recently determined to be produced in the People’s Republic of China,” Lockheed Martin spokesperson Laura Siebert said in a statement Wednesday afternoon.

The magnets are magnetized in the U.S., and do not provide any visibility to sensitive information or create a flight risk, Siebert said.

Every one of the more than 840 F-35s delivered to the U.S. and its allies has magnets made from the alloy, according to reports. For future deliveries, an alternative alloy source has been located for future turbomachines, according to the F-35 Joint Program Office.

The F-35 is composed of 300,000 parts produced by 1,700 suppliers, according to the aircraft manufacturer. The alloy provider is a 5th-tier supplier.

Prior to the delivery pause, Lockheed Martin was on schedule to deliver between 148 and 153 F-35s this year. As of last Wednesday, the length of the delivery pause had not yet been determined, a company spokesperson said.