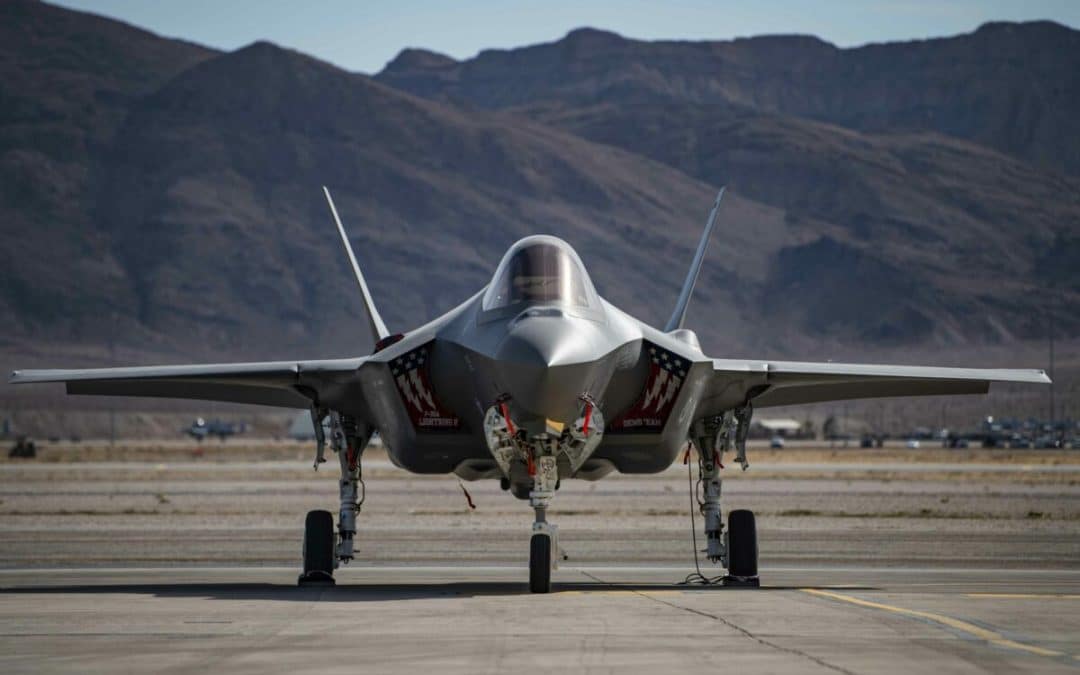 Pentagon officials have stopped all deliveries of F-35s, as well as deliveries of F135 engines for the fighters following a F-35B hard landing accident at a Texas base last month.

The decision comes amid a Naval Air Systems Command investigation into a December 15 incident where a F-35B pilot made an emergency ejection after the fighter jet made a hard landing at Naval Air Station Joint Reserve Base Fort Worth in Texas.

A video of the accident showed the short takeoff and vertical landing (STO/VL) variant fighter coming down for a landing, bouncing, then tipping over on its nose and skidding around on its wing before the pilot ejected into the clear.

The Lockheed Martin (NYSE: LMT) F-35B Lightning II STO/VL variant is flown by the U.S. Marine Corps and is used for expeditionary and remote flight operations. Lockheed Martin shares a runway with the base.

“Flight operations restrictions have been imposed at all F-35 Production facilities which has had the effect of halting aircraft deliveries,” F-35 Joint Program Office spokesperson Russell Goemaere told FLYING. “The restrictions were put in place on December 15. A joint JPO, Lockheed Martin, Defense Contract Management Agency (DCMA) and Pratt & Whitney team is developing procedures to lift these restrictions and resume flight operations.”

“The F-35 Joint Program Office and Pratt & Whitney have agreed to delay scheduled delivery and acceptance of F135 engines until further information from the investigation is known and safety of flight can be ensured,” Goemaere said.

Lockheed Martin acknowledged last week that the aircraft delivery pause had caused it to miss its delivery target for the year.

“The F-35 team was on track to meet the commitment of 148 aircraft as planned; however, due to a temporary pause in flight operations, which is still in effect, necessary acceptance flight tests could not be performed,” the manufacturer said.