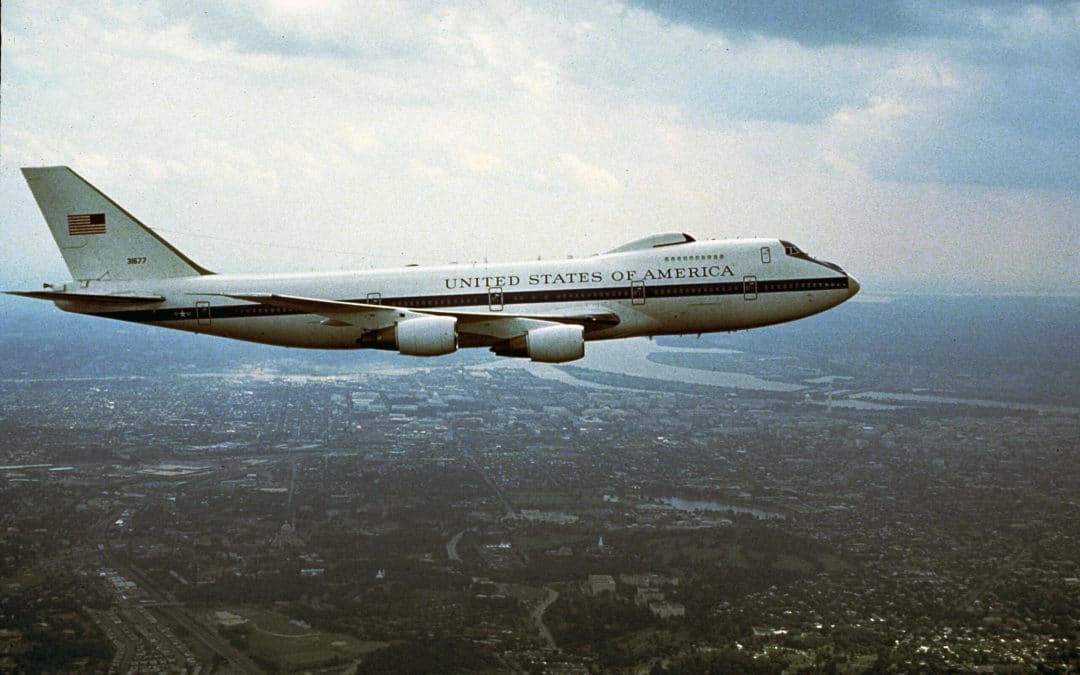 As President Joe Biden traveled in Europe on Thursday for NATO meetings linked to Russia’s invasion of Ukraine, the so-called “Doomsday Plane,” a U.S. Air Force E-4B Nightwatch, wasn’t too far away.

Designed to serve as a flying war room, one of four E-4Bs—officially dubbed the National Airborne Operations Center (NAOC)—was spotted this week by ADS-B tracking apps en route from the U.S. to Europe in advance of Biden’s Air Force One flight to NATO headquarters in Brussels. On Thursday, apps tracked the plane—call sign GRIM99—over England.

Deploying these modified military versions of Boeing 747-200s during presidential overseas trips isn’t uncommon, but it serves as a chilling reminder of how Russia’s month-long war in Ukraine has resulted in an elevated defensive posture in the region.

Since the conflict began, NATO has been increasing military assets along its eastern borders as a show of strength, although Biden has said the U.S. and NATO allies would not fight Russia over Ukraine and risk sparking World War III.

Portrayed by Hollywood in the 2002 espionage film Sum of All Fears, the U.S. Air Force E-4B has long garnered public fascination for its role as a military platform that would be used during a nuclear conflict.

Based at Nebraska’s Offutt Air Force Base (KOFF), the E-4B is often described as a flying Pentagon. An E-4B is always on alert, 24/7. Outfitted with sophisticated communication and coordination technology, the Nightwatch is designed to serve, if necessary, as a command platform for high-level military operations, including a U.S. nuclear weapons strike.

Designed to Survive in a Nuclear Strike Environment

Like Air Force One, the E-4B can fly for weeks or longer with the help of U.S Air Force KC-135 inflight refueling tankers. Its specific capabilities are classified, but the Air Force has long acknowledged that the Nightwatch has been retrofitted to be “highly survivable” during a nuclear strike.

Some of the E-4B’s assets include:

Inside the E-4B Nightwatch

Aboard the aircraft are thought to be a wide-ranging team of military strategists whose job it is to game out any possible nuclear war scenarios.

According to the Air Force, staff occupy six functional areas of the aircraft’s main deck:

With a capacity for as many as 112 passengers and crew, the E-4B is designed to accommodate a joint-service operations team, maintenance and security, a communications team, and what the Air Force calls “selected augmentees.”