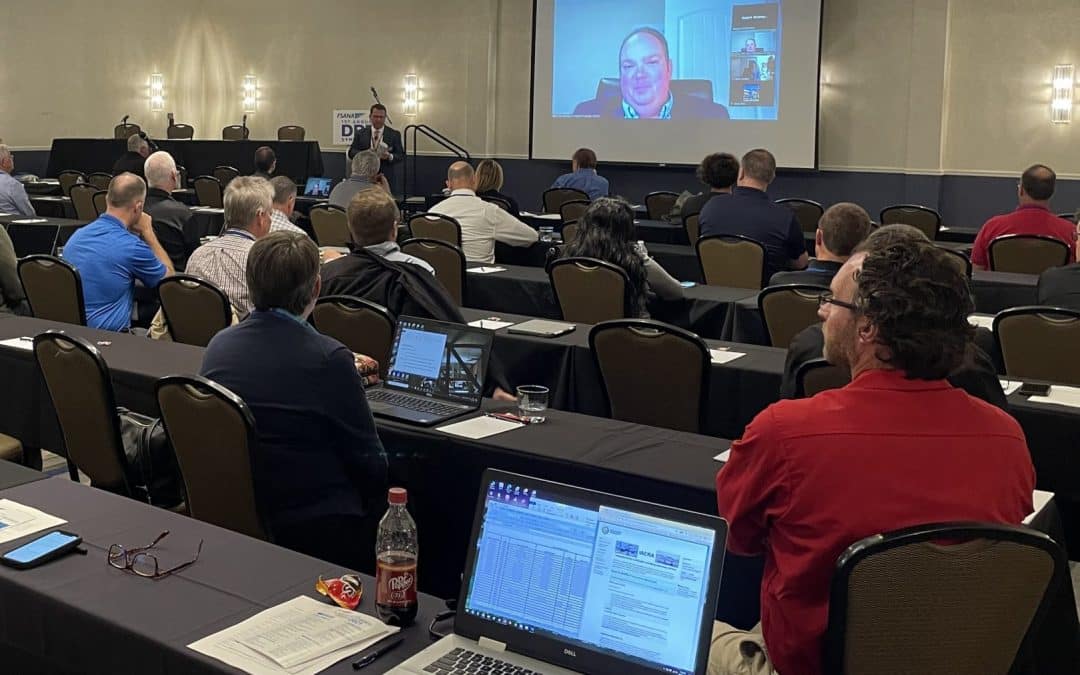 If you’ve taken a check ride in the past three years, you probably noticed that getting the appointment with a designated pilot examiner was a bit of a challenge. There aren’t that many to go around—especially when flight schools are churning out applicants to meet the demand of the pilot shortage. If you would like to be a DPE, check out the Designated Pilot Examiners Symposium in Phoenix, Arizona, on October 11 and 12.

DPEs test candidates from the private pilot level all the way up to airline transport pilot, and their services are very much in demand.

The purpose of the second annual event—hosted by the Flight School Association of North American (FSANA)—is to improve the pilot testing process, and perhaps inspire more qualified candidates to become DPEs.

Jason Blair, a DPE from Michigan and a contributor to FLYING, attended the inaugural event last year in Nashville, Tennessee. He plans to be at this year’s event, saying he is curious to hear from the FAA about the number of DPEs that are currently providing check rides on a regular basis. It is a number that might surprise people, he says.

“Most DPEs are not doing the job full time,” Blair explains. “As of February 2022, there were 942 DPEs, and of that, 416 did less than 50 practical tests a year. Only 120 did more than 200—which breaks down to one test every other day. About half of the examiners do one check ride a week.”

The DPE shortage is a source of frustration across the country, as some DPEs are scheduled months in advance. Some applicants address the issue by going out of the area to take their check rides. In other cases, flight schools  pay for a DPE to come to them.

In 2018, the FAA removed the geographic limitations of DPEs. This modification provided the ability to conduct tests anywhere within the U.S. and increased the daily test limit to three per day per DPE. It is not uncommon for DPEs to spend weeks at a time away from home to fulfill the testing needs of a particular flight school.

Another issue is that many of the DPEs on the FAA’s roster are over the age of 60, and perhaps looking to taper down how much they work.

“There are DPEs over the age of 65, and they may not want to do three check rides a day,” Blair says.

The symposium brings together those who are already DPEs and invites those who wish to improve the pilot testing process, such as chief flight instructors and flight school owners, to attend as well. The participants will interact with FAA representatives with the ultimate goal of improving the practical testing of applicants, and for DPEs and the FAA to discuss and develop best practices for check rides.

According to FSANA, “This is the only annual symposium where the DPE community gets together as a group for learning, building new connections, and giving voice to the airmen practical test segment of civil aviation.”

Why would someone want to become a DPE? There is the financial aspect, as most DPEs take home hundreds of dollars in cash from each check ride. There’s also a sense of satisfaction, says Blair, as pilot testing forms the pinnacle of the training process.

“Testing is part of training and we are sharing that experience as testing is the final step, that cross check to the creation of pilots. DPEs also mentor instructors. That’s the best part of what I do—it’s amazing to watch people go all the way to the airlines.”

The complete program and registration form can be found at www.fsana.com. Completed forms can be submitted by email, fax, or USPS.

FSANA was founded in 2009, as a trade association serving the providers of flight training with the intent of growing the pilot population around the world.