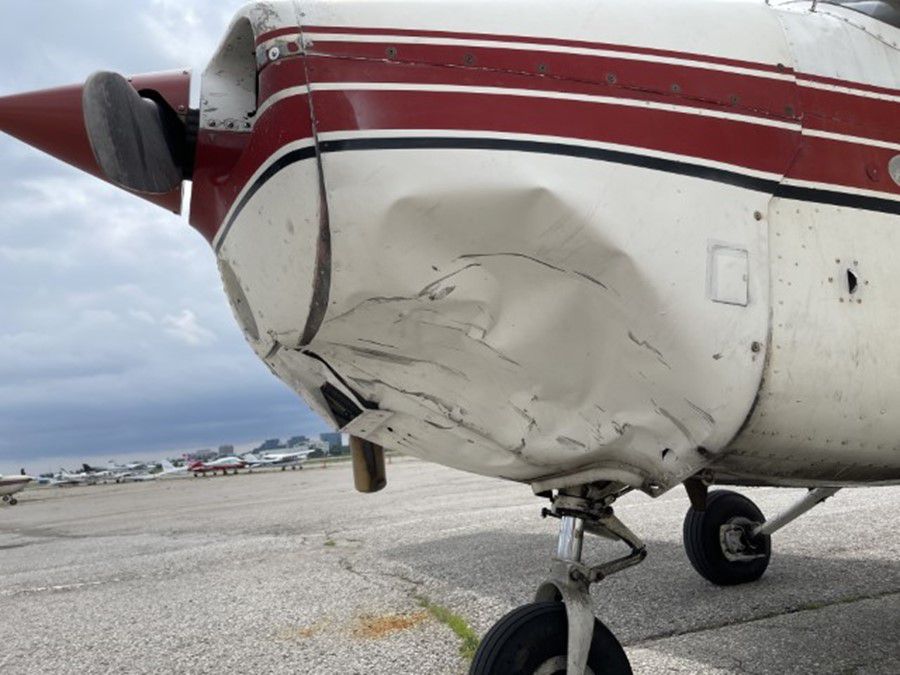 In the heat of the chase for an armed suspect, the operator of a Canadian police surveillance drone didn’t tell air traffic control (as required) they were operating near a busy airport in Toronto. The drone collided with a Cessna 172 in August of 2021. According to a Transportation Safety Board report, the York Regional Police pilot told investigators he thought the area about 1.2 nautical miles roughly off the end of Buttonville Airport’s Runway 15 was free of traffic and he put the 13.5-pound DJI Matrice M210 into a hover at 400 feet AGL. The instructor and student in the 172 were on final when they heard and felt a significant impact and assumed they’d hit a bird. They continued the approach and landed normally and discovered the extensive damage to the cowl on the ramp.

The report says the pilots didn’t see the drone and the drone pilot may have been “task saturated.” It also said the spotter the pilot had asked to monitor the drone visually wasn’t trained and didn’t know he was supposed to be able to see the aircraft at all times. Since the mishap, the police force has rewritten its drone procedures to ensure all the rules are followed and that all personnel involved in drone operations are properly trained.