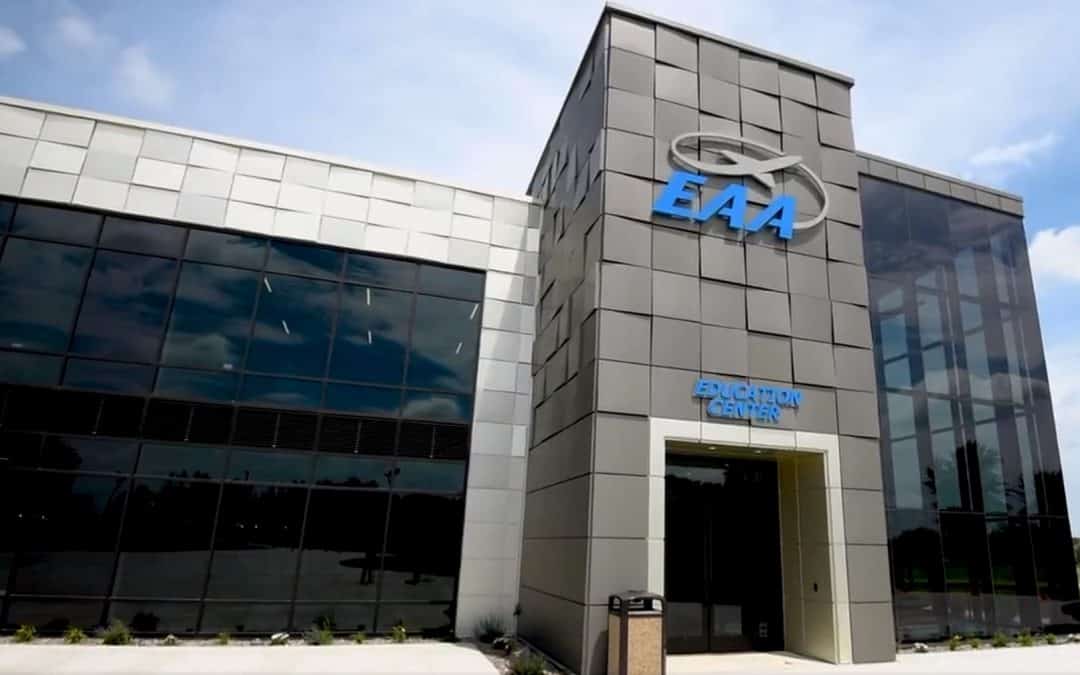 With a ribbon-cutting ceremony, the Experimental Aircraft Association marked the grand opening of its new Education Center in Oshkosh, Wisconsin. The group said on Twitter that the facility, originally called Project 21, will be used “to further develop aviation education and training.”

This morning we cut the ribbon on the new Education Center, originally known as Project 21, officially opening the two-story museum expansion! This facility, which is phase 1 of our museum revitalization plan, will be used to further develop aviation education and training. pic.twitter.com/s2zHOltZMk

Completion of the new building also marks the end of the first phase of a broader revitalization plan for the EAA Museum, which opened in 1985. In April of last year, the EAA broke ground on the two-story, 30,000-square-foot facility, which is connected to the museum.

“While the EAA Aviation Museum highlights more than a century of accomplishments in personal flight, a major part of EAA’s mission to grow participation in aviation is to offer high-level programming for current and future pilots,” Jack J. Pelton, EAA’s CEO and chairman of the board said during the groundbreaking event. “Project 21 brings that vision to reality, and further strengthens Oshkosh as the home for those who pursue their dreams of flight.”

Since opening in 1985, the EAA Aviation Museum has showcased aviation artifacts representing periods from the beginning of flight to recent space travel. Under the multi-phase revitalization plan, it will become more of an interactive destination for aspiring aviators.