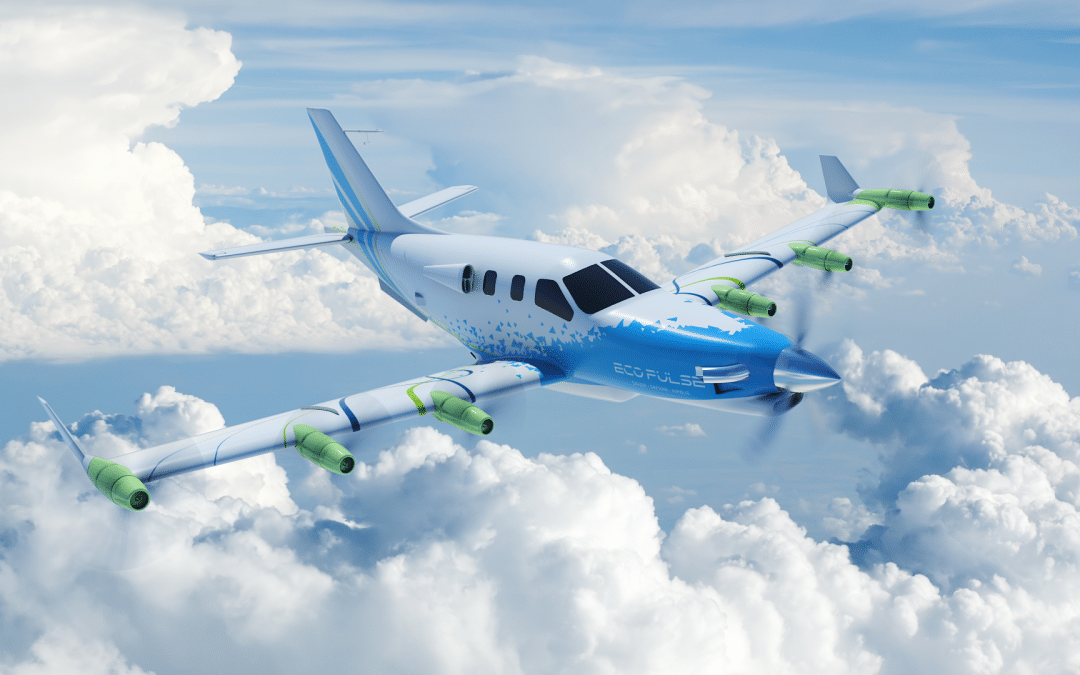 Based on Daher’s proven TBM airframe, the Eco-Pulse hybrid-electric propulsion demonstrator has been powered up in Tarbes, France, according to Daher CEO Didier Kayat.

Kayat delivered the news at a press event at the National Business Aviation Association’s European Business Aviation Conference and Exhibition in Geneva, Switzerland. EBACE officially opens on Monday at the Palexpo center at the Geneva International Airport (LSGG).

“In taking bold steps to decarbonize airplanes, we need to evolve the way we build them—applying innovative materials and rethinking their industrialization—while also decarbonizing the entire process that leads to the aircraft manufacturers’ assembly lines,” said Kayat.

Sustainability remains the focus for Daher, while it awaits FAA certification on its latest traditionally-powered TBM, the 960.

The Eco-Pulse a Joint Effort

The Eco-Pulse is one aspect of the company’s push to fulfill the pledge made by the business aviation industry to achieve net-zero carbon emissions by 2050. The joint project by Daher, Safran, and Airbus—along with France’s CORAC civil aviation research council—uses the TBM 900-series as the platform upon which it has integrated six wing-mounted props, each driven by a 50 kW electric motor. The electric system will work in concert with the airplane’s standard propulsion system, the Pratt & Whitney PT6-series turboprop powerplant.

Daher takes on the role of primary integrator in the project, while Airbus leads development of the high-energy-density main battery system, capable of storing 350 kW at a weight of 350 kg. Airbus will also work out aerodynamic and acoustic integration of the systems and flight control computer, while Safran provides the electric motors themselves. Safran’s ENGINeUS series of electric motors is also in proving tests on VoltAero’s Cassio-1 and will drive development on Diamond’s eDA40.

“These innovation centers represented a bold decision by Daher, as we launched them while the aviation sector was still facing challenges from the COVID-19 pandemic,” said Kayat. “They reflect our ambition and commitment to develop increasingly innovative and environmentally responsible solutions, which can further be introduced on Daher’s aircraft roadmap.”

The Aerostructures Techcenter is located in Nantes, France, and will focus on composite structure innovation and propose to reduce maturity lead times. The Aircraft Techcenter in Tarbes leverages the company’s skillset there, and will include “materials laboratories, rapid prototyping workshops, and facilities for mechanical engineering testing, systems integration, along with flight test preparation and operation,” according to a company statement.

The first Daher TBM 960 was delivered to German customer at the company’s facility in Tarbes, France in April.

Daher delivered its first TBM 960 in April to a German customer. The TBM 960—powered by the new Pratt & Whitney PT6E-66XT turboprop engine—has received its type certificate under the European Union Aviation Safety Agency (EASA) but still awaits acceptance by the FAA.